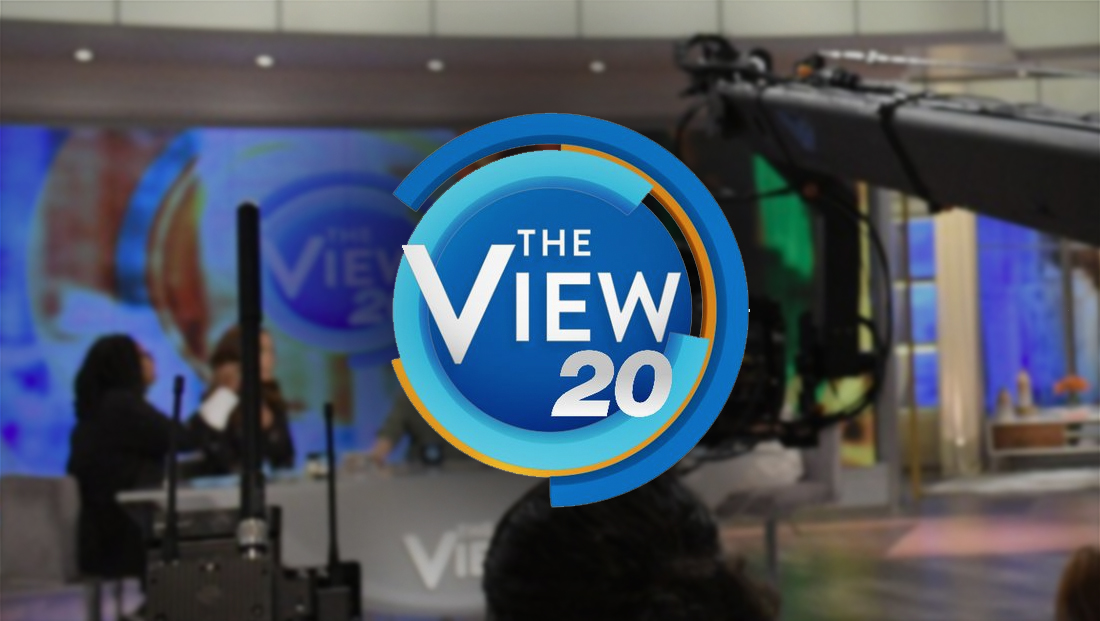 The show began celebrating its 20th anniversary season in September 2016, when it tacked on a “20” to the logo.

Here’s a look back at the show’s history, sets, graphics and more. The reason behind this was simple — ABC didn’t want to invest in a new set for the show.

So, the show kicked off with the co-hosts seated around the now iconic round “Hot Topics” table with folded leaf in front of what appeared to be a sprawling New York City loft apartment, complete with a wall of floor-to-ceiling windows with a printed cityscape view, exposed brick and painted faux metalwork.

In some ways, the use of leftover soap opera set actually gave the show a more detailed environment than it might have otherwise gotten — with accents added by a set decorator that might not have been used on a built-from-scratch set.

The debut episode also marked the debut of the show’s logo with an exaggerated “V” that would remain the show’s mark over the next decade and a half.