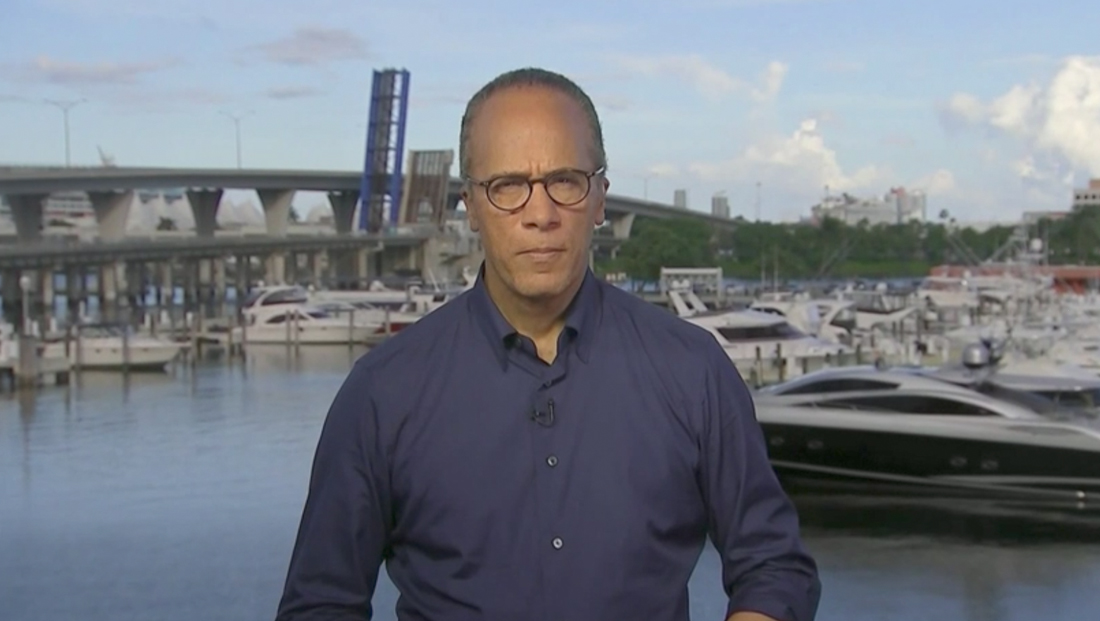 As Hurricane Irma approaches Florida, the networks dispatched anchors and reporters across the state to cover the impending storm. While the broadcast stuck with its New York City-centric open, after the animation ran, a live shot of Miami was punched up with an “NBC Nightly News” logo with a rainy  background in the corner before switching to the network’s Irma logotype. The angled red boxes found elsewhere in the hurricane graphics were also used in packages to showcase statistics about the storm and fuel supplies in the area.

.@AlRoker used this graphic to compare #Irma to Andrew pic.twitter.com/aGPJNv5JVh