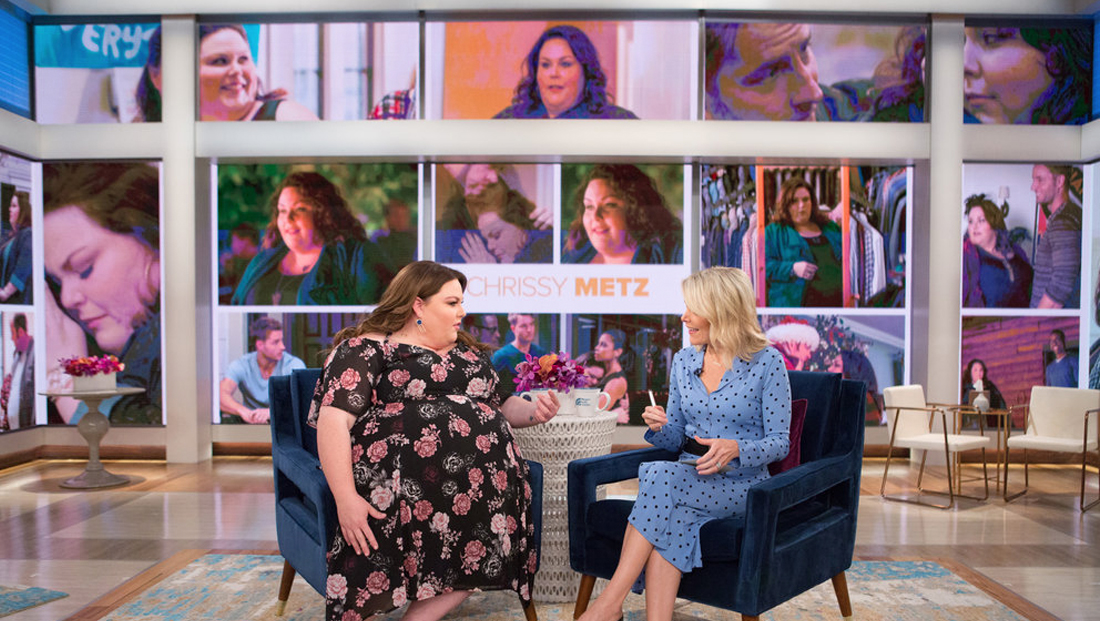 In the second episode of “Megyn Kelly Today,” the show continued to show off its large video walls as a storytelling tool, emphasis on audience interaction and connection to the “Today” brand.

The scenic for ‘Megyn Kelly’ was designed by Jack Morton PDG. With launch day festivities out of the way, the show settled into a more set format, with Kelly opening the show with a monologue style “hot topics” segment called “What You Need to Know.” As each of these topics was introduced, oversized typography similar to that in the show’s open, was used to change the large window-style video walls to a topical graphic — ranging from a photo collage of the royal family resplendent with a header featuring a photo of the Buckingham Palace gate fed to the “transom windows” to a simpler photo collection of Jessica Alba with a plain blue header to a illustrated background with the symbols for male and female. This part of the show also showcased lower third insert banners that expanded beyond the simple white lower thirds the show normally uses to incorporate a deep violet ring borrowed from the show’s logo and blue-ish light burst dividing the text area from a topical photo placed to the far left. After chatting about a few topics in the news, Kelly fielded questions from the audience, including one seated on one of Studio 6A’s balconies. The show took full advantage of Kelly’s placement amongst the audience to provide interaction shots between her and the studio audience members selected to ask questions.

The video walls were also used extensively during a segment featuring “This Is Us” star Chrissy Metz, with the show’s logo and scenes used to fill the background. During this one-on-one format interview, a sweeping handheld shot that went almost 360 degrees around Kelly and Metz was used to showcase the conversational aspect of the segment.

A full package on “This Is Us,” meanwhile, also showed the transition between the show’s clean white banners and shorter, right aligned ID lower thirds, which made use of the “quarter sunrise” icon the serves as part of the show logo and is, in turn, borrowed from mother ship “Today.” At the end of the show, the video wall also displayed the cartoon versions of Kathie Lee Gifford and Hoda Kotb, which slide aside to reveal a live shot of the dynamic duo down in Studio 1A ready to start their part of “Today.”