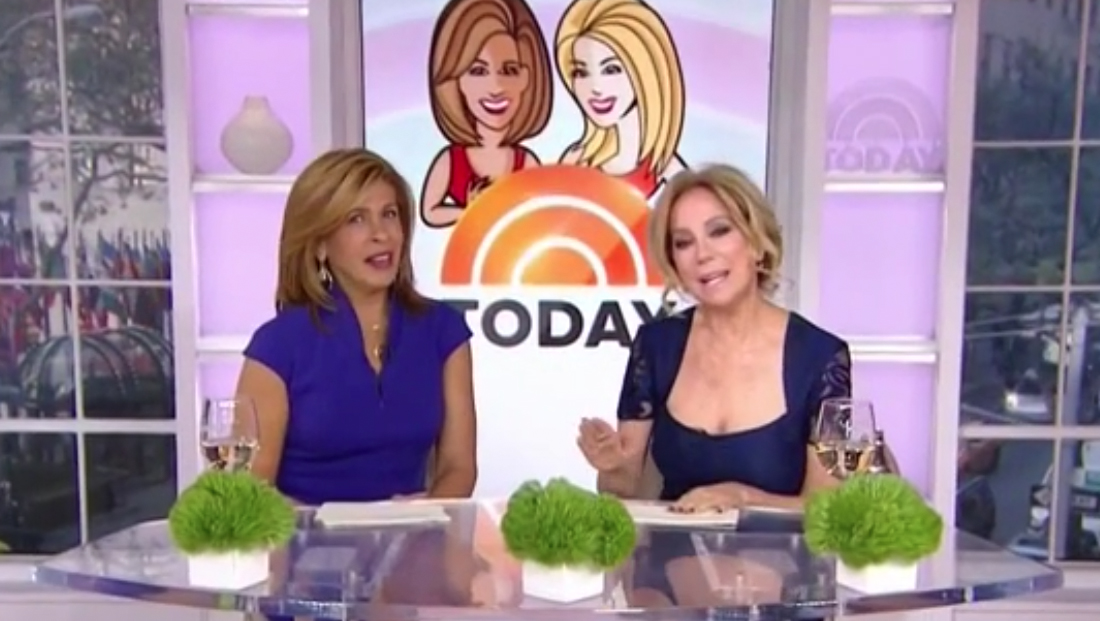 Nobody puts Kathie Lee and Hoda in the corner — at least not anymore.

NBC News has moved the fourth hour of “Today,” hosted by Kathie Lee Gifford and Hoda Kotb, out of the corner of the upper level of Studio 1A in favor of taking advantage of one of the set’s large video panels as a camera center element. Since moving into the space in 2014, Kotb and Gifford have opened most editions of the show with the high glass desk positioned at a 45-degree angle in the space, positioning the set’s corner open shelving between the two hosts. One either side vertically mounted video panels with removal window grills showcase Rockefeller Plaza.

Starting Oct. 17, however, the show moved the anchor desk so that one of the vertical video walls is now positioned between the hosts on the two shot.

This allows the show to use the middle video panel as a digital canvas for branded and topical graphics between the hosts.

The two “windows” on either side of this panel, meanwhile, continue to showcase a view of Rockefeller Plaza, while the cartoon version of the duo now sits above a full color “Today” logo in the middle

Kotb and Gifford’s hour of “Today” recently received a new open, but has taken a ratings hit due to the weak performance of its lead in, “Megyn Kelly Today.”