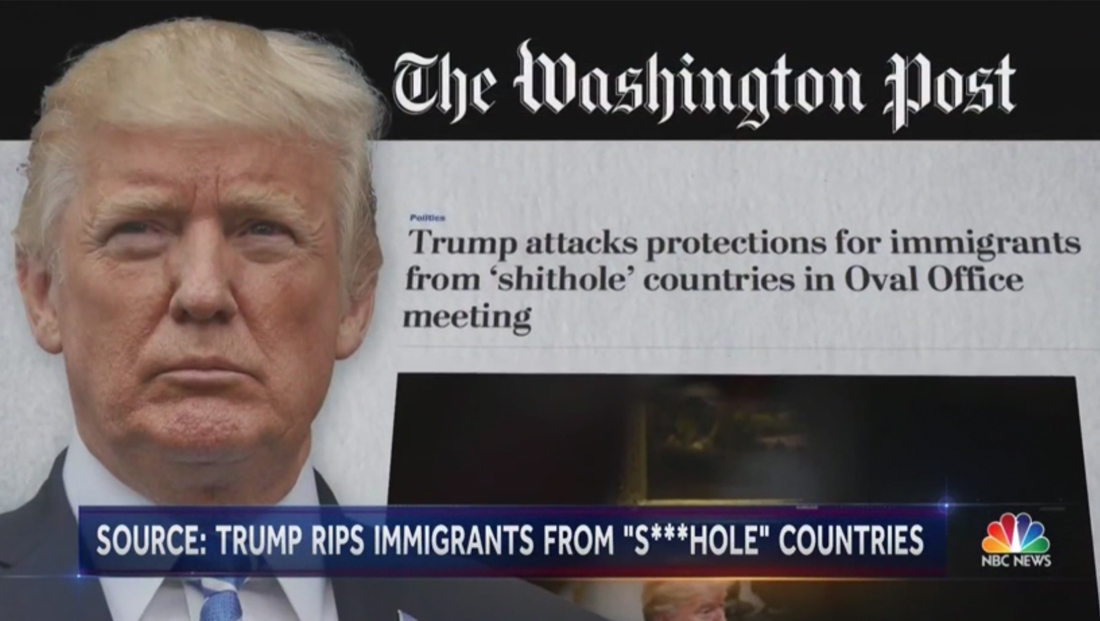 On the “CBS Evening News,” the network indicated it “will not repeat” the expletive but notable only starred out the “i” in “shit” in its banners. “CBS This Morning” opted to star out all but one letter using the banner “S***storm,” while its voiceover replaced the word with the corresponding saying the word “expletive.” A fullscreen graphic, however, only removed the “i” from the expletive.