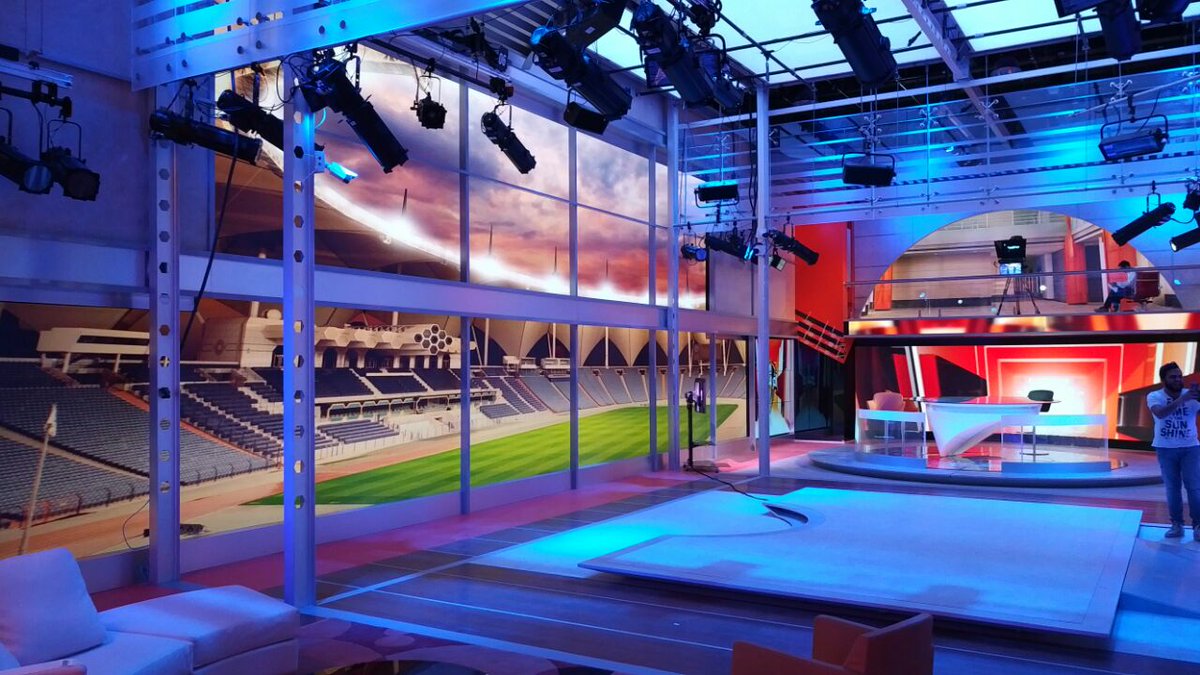 For MBC’s primary facility in Dubai, MBC Group converted a soundstage in Dubai Studio City into a TV studio complex that complements its headquarters in Dubai Media Center. Through its Dubai based distributor, Oasis Enterprises, Rosco provided nearly 3km of RoscoLED Tape VariColor as well a number of Silk 210 LED Soft Lights and our Braq Cube WNC LED fixtures for the new MBC studio in Dubai, which features lighting design from The Lighting Design Group.

Oasis Enterprises was responsible for the supply, installation, testing and commissioning of all the Rosco products in the facility, which launched in early 2017. Reels of RoscoLED Tape VariColor were installed to illuminate the set in vibrant, changing colours – creating a bright and modern look, while at the same time highlighting its classic Islamic design. The team at Oasis Enterprises chose RoscoLED Control Boxes to supply the power and control data because the unique Plug-&-Play connectivity between the RoscoLED Tape and the Control Box reduced their installation time by eliminating a lot of the in-the-field soldering.

The project features a set design based on two traditional Islamic concepts – tessellation and subtractive form. Tessellation is an arrangement of shapes closely fitted together in a repeated pattern without gaps or overlapping. This can be seen, for example, in the repeated X-pattern seen throughout the set, as well as the diagonal lines found in the backlit walls. Subtractive form removes portions of a plane to alter its original shape and create segmentation. Throughout the MBC Dubai set there are openings, such as video walls, that break up the brightly lit plane of the textured walls. “I like the RoscoLED strips and the idea of RGB+W. I never hesitate to use Rosco products because of the support I get, especially from Andreas Dessloch (Rosco’s Director of International Business Development), to make the job successful and my customer happy,” noted Karim Abdel Massih, lighting systems manager from Oasis Enterprises.