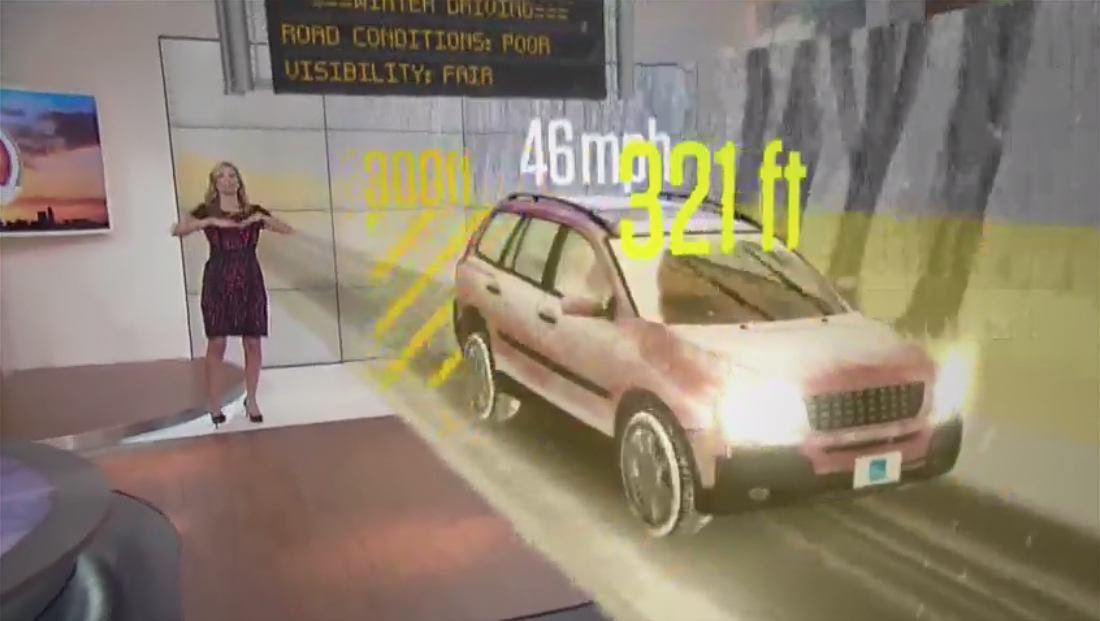 As part of its coverage of the severe winter weather hitting parts of the country, The Weather Channel used augmented reality technology to showcase the hazards of driving in snow and ice. During a segment that aired Tuesday, April 3, 2018, the “brought” a virtual vehicle into the “AMHQ” studio through the use of Vizrt’s Viz Virtual Studio & Viz Engine.

The vehicle appeared to be “driving” — albeit in place — with a snow covered road overlaid on the real studio floor.

The path of the road continued in front of and behind the augmented vehicle, appearing to stretch into the studio’s real video wall.

To the right, the real studio walls were covered with a virtual, animated landscape that blended into the video wall background. To help explain the hazards of winter driving, the segment zoomed in on the virtual car’s tires and included floating numbers explaining factors such as speed, temperature and stopping distance.

Meanwhile, a virtual sign above the car displayed additional information.