‘Big Brother’ gets a trendy new look for its 20th season 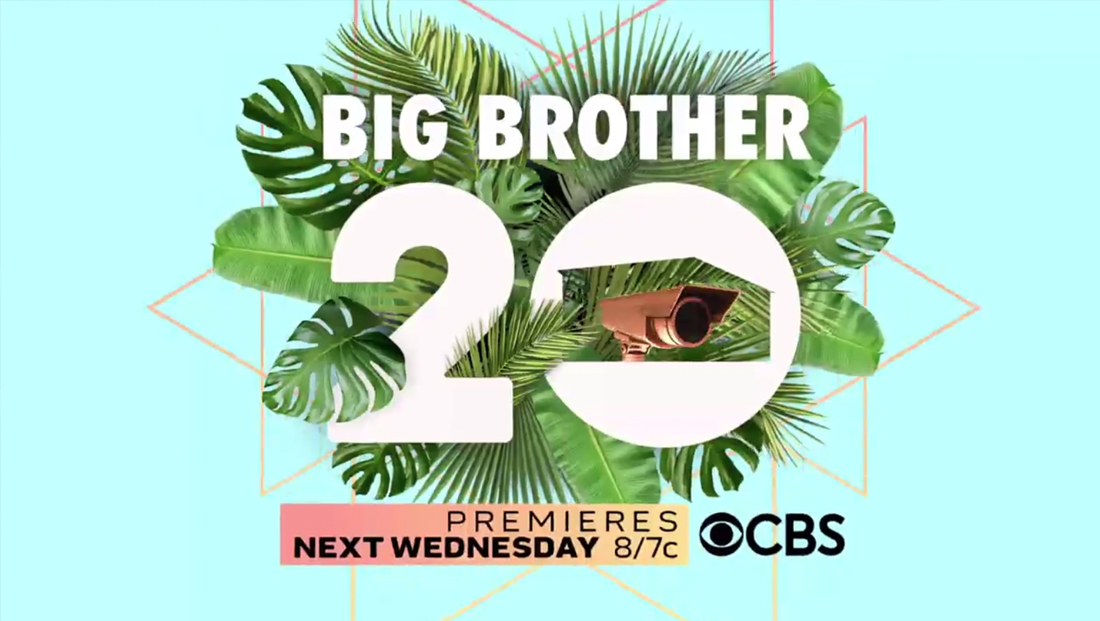 CBS’s “Big Brother,” celebrating its 20th season on air, is sporting a bright and fresh — and on-trend — new look in its promotional materials.

The show, which is also adding the “BB App Store” to the house as part of a new “tech twist,” has been using light pastels with geometric designs to promote its upcoming season.

To mark the milestone, a large “20” is created using wide, bold lettering — with the zero becoming a circle and its center hole replaced with the off-kilter outline of a house that contains the show’s normal logo.

The promo also includes a variety of summer themes iconography, including tropical plant leafs, water and beach balls all arranged around a center axis. The actual Big Brother house, meanwhile, got a makeover, as is typical. The interior design remains over over-the-top and places an emphasis on bold, bright colors, including many shapes of oranges and rusty reds, which seems to be a continuing theme in this year’s look — as well as an element used prominently in previous seasons.

The house’s living room is outfitted with a hexagon-themed climbing wall done in orange, yellow and pale green behind an oversized orange circular sofa. The circular dining table is covered with a collage of layered orange wedges, while a bold orange and wood pattern covers much of the kitchen cabinetry. This season, host Julie Chen will introduce the new BB App Store, which will allow viewers to help get houseguests trending, resulting in power apps or punishments that could crash their game, according to CBS.