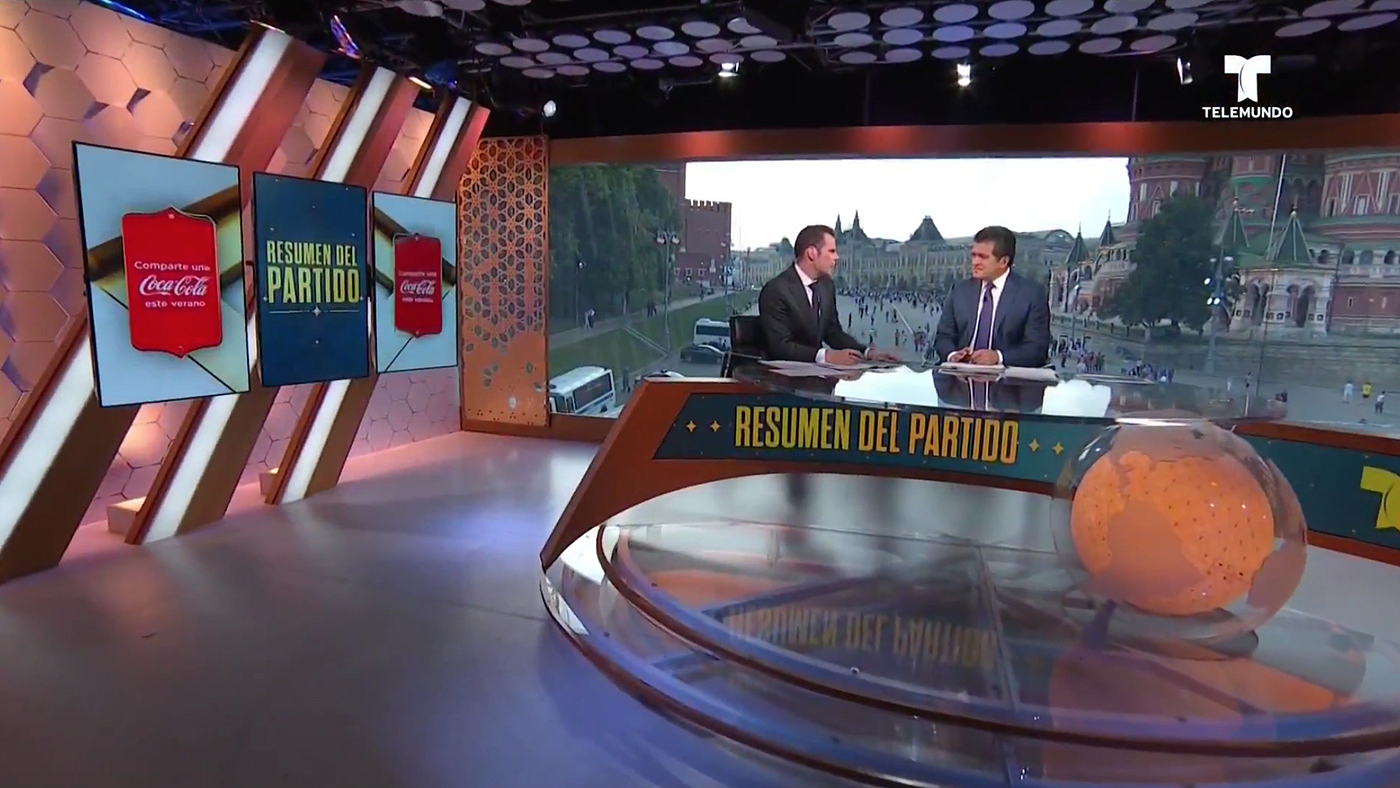 Telemundo, which holds the U.S. Spanish language rights to the FIFA World Cup 2018, has created two broadcasting spaces in Russia for its extensive coverage, part of a larger effort from the first-time broadcaster.

“We spent a tremendous amount of time determining what the experience of this World Cup should be for the audiences that we serve across platforms. From locations, set designs and graphics, to music, innovative technologies and relevant voices to the many countries we were looking to emphasize. And today, we really feel like our efforts were well received and that our hard work was rewarded by the engagement we have seen as well as specific comments and feedback that point out some of that aesthetic, creativity and quality of our production,” notes Eli Velazquez, Executive Producer, Production, Programming and Content, Telemundo Deportes.

With space in Red Square and the International Broadcast Centre, Telemundo has one of the largest footprints of broadcasters in Russia. This is coupled with the network’s other non-sports programming also originating from Russia, such as “Telemundo Noticias” and “Un Nuevo Día.”

“We knew this was a first for our company, and we wanted to make sure we left a lasting impression that could capture our overall value proposition as well as the hearts and minds of both the audiences we serve and the new folks tuning in to us for the first time,” said Velazquez. “For us at Telemundo Deportes, it was critical to make sure that we were delivering the complete experience of a World Cup in Russia to our audiences back home across all of our distribution platforms.”

“The sets feature sleek lines and curves in our main desk treatment on Red Square, but we also tied in hexagonal shapes that are identifiable with soccer in the US in our IBC studio. These designs paired with our augmented reality elements in Red Square bridged the history and cultural elements with the modern time we live in today, integrating comfortably with the elegance of the graphic design,” said Velazquez.