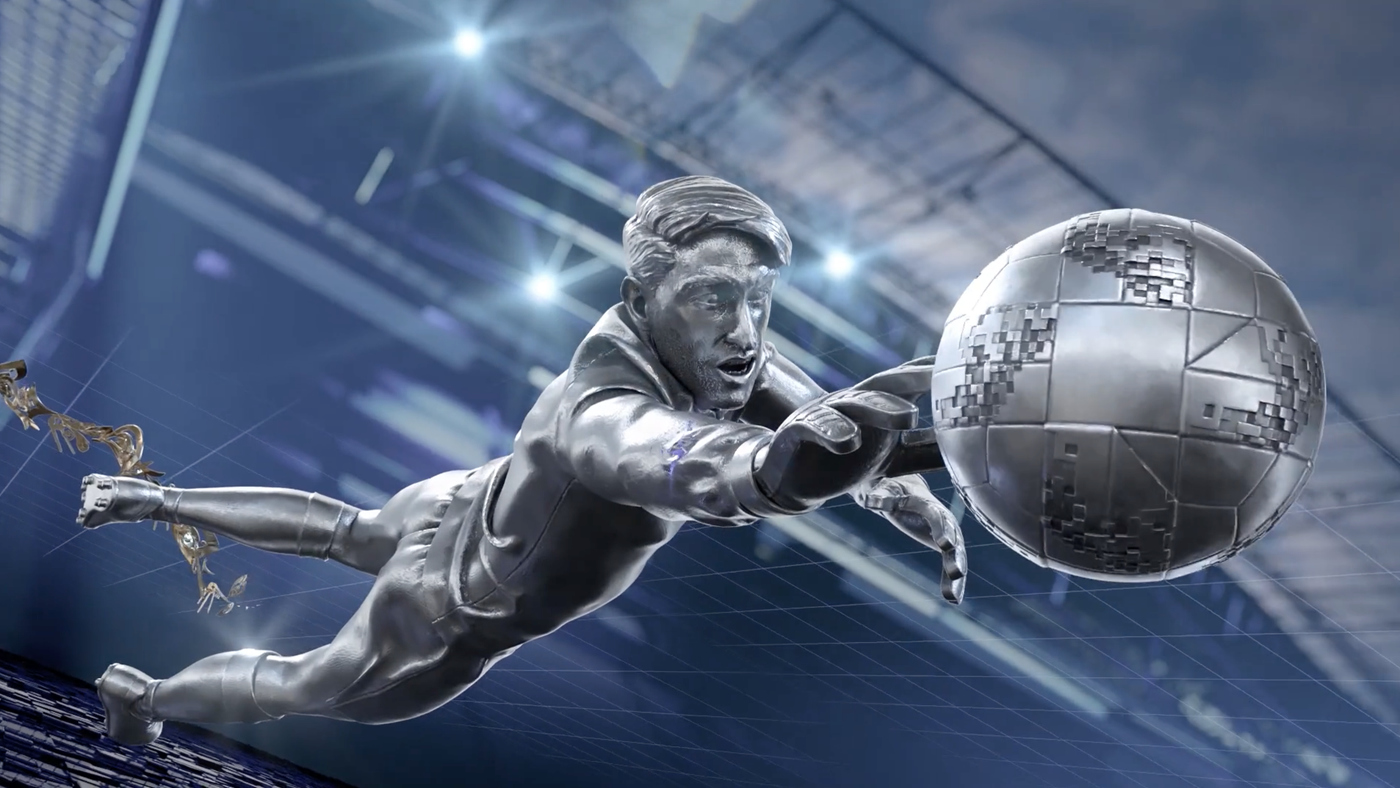 China’s Tencent Sports (腾讯体育) is using a combination of augmented and virtual reality to help tell the story at this year’s World Cup in Russia.

The hallmark of the network’s coverage is a virtual studio at the International Broadcasting Centre in Russia that combines a real anchor desk and touchscreen monitor with camera tracking to create a sprawling space with oversized curved windows and walls.

Designed by Girraphic, a long-time partner of the streaming network, the virtual studio is paired with a motion graphics package that combines 3D players with a slight luster and a unique effect which removes parts of their surface. 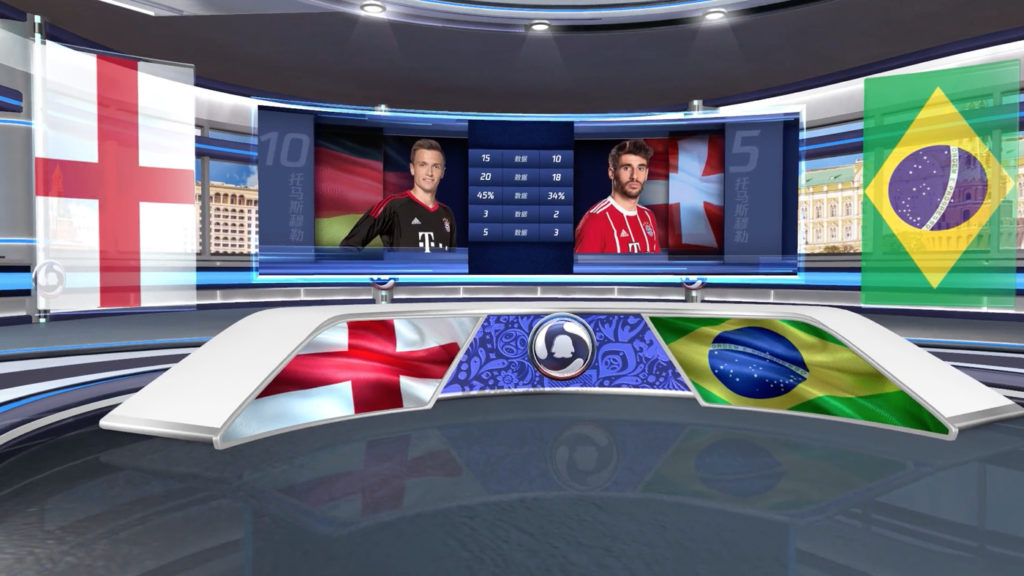 The virtual studio setup allows Tencent Sports to digitally update the scenery peeking through the virtual windows based on time of day and weather, as well as to layer augmented elements on top of the virtual set — including a large, curved video wall, flags and more extensive implementations such as 3D stadium models, player stats and team lineup graphics.

The IBC studio is equipped with four cameras, giving the broadcaster a wide variety of shot and storytelling options within the environment. 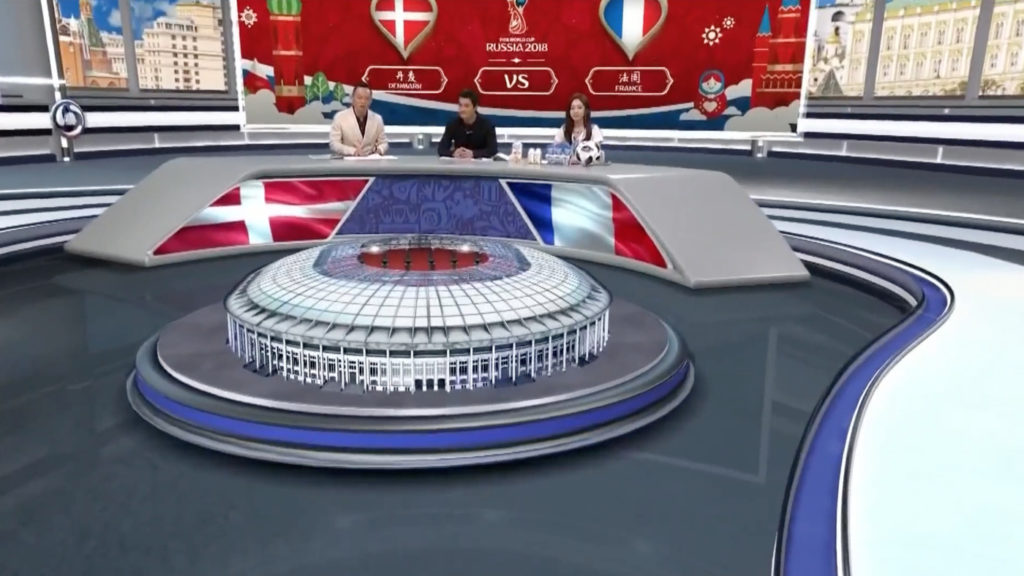 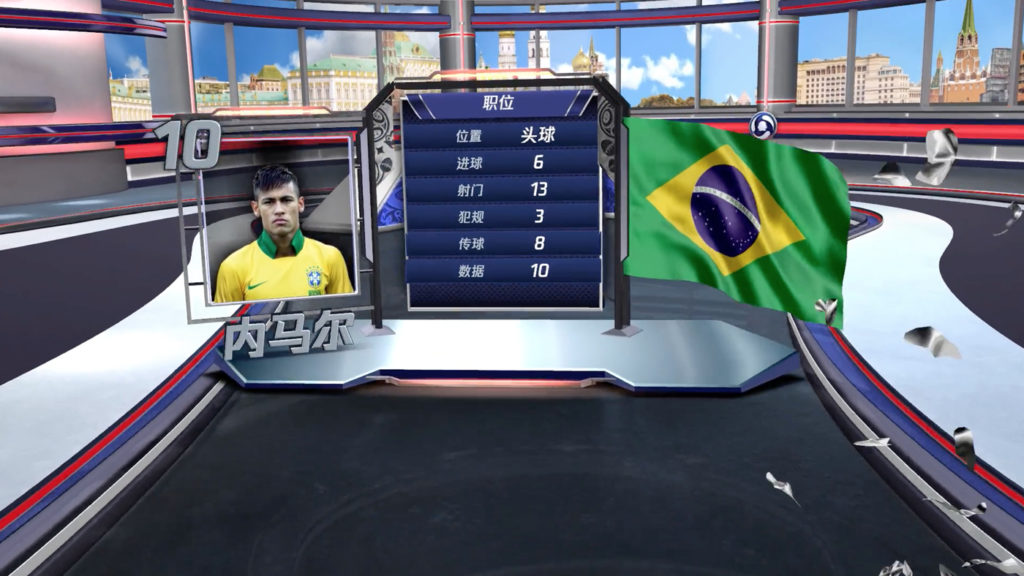 Camera tracking data from stYpe’s Stype Kit mounted on camera cranes is sent to Vizrt’s Viz Virtual Studio to compile and power the many layers of graphics before final real-time processing in Viz Engine.