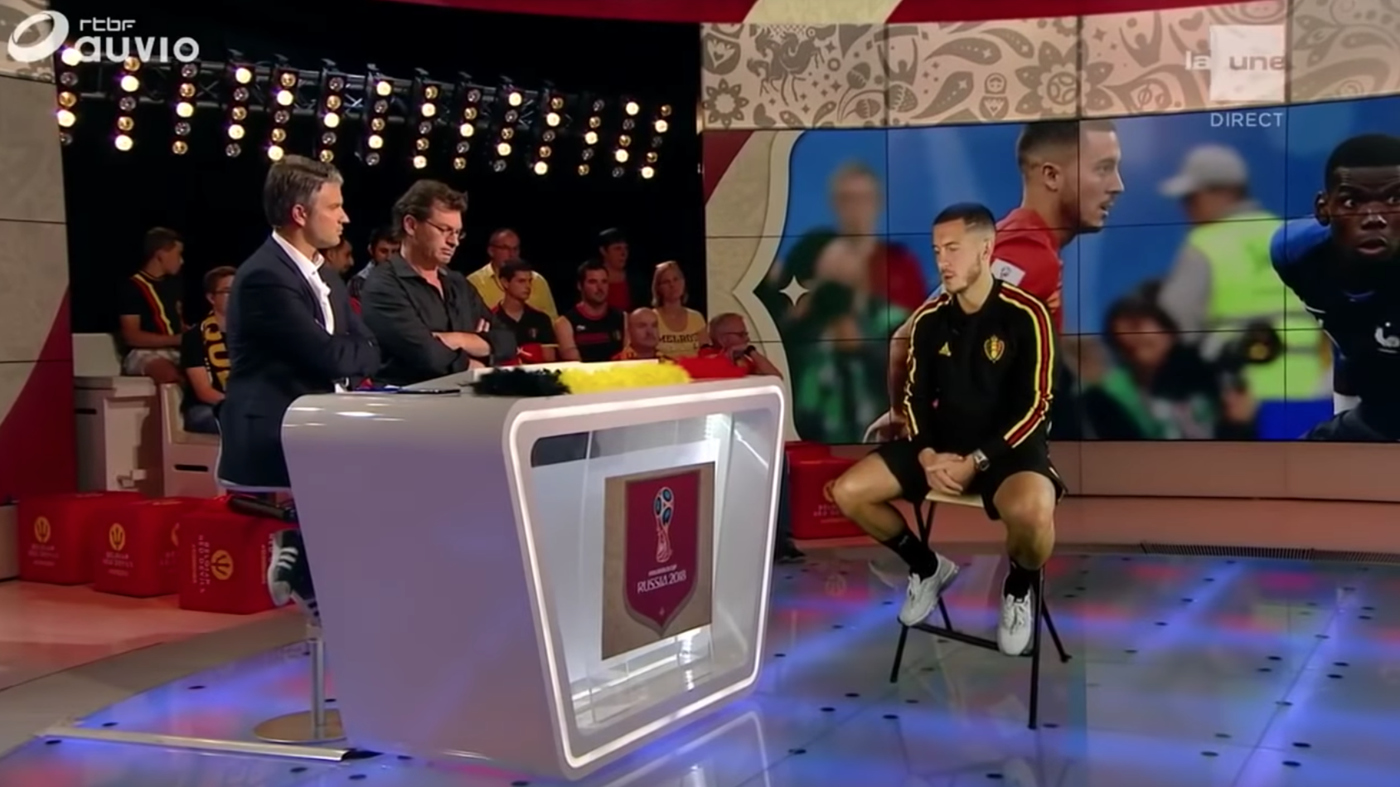 The “hologram” effect has made an appearance at this year’s World Cup, courtesy of Belgium broadcaster RTBF.

Often branded as teleportation by the various graphics companies, the effect allows a remote interview to appear side-by-side through the use of augmented reality. In this case, Belgium soccer player Eden Hazard was interviewed “in studio” while actually sitting on a chromakey in Russia.

Dreamwall worked with RTBF, a long-time client, on the implementation with Zero Density providing the real-time rendering through Epic Games’ Unreal Engine.

The effect was first used during the 2008 Presidential Election in the United States when CNN famously used a hologram for Anderson Cooper to interview Jessica Yellin and performer Will I Am.

While the teleportation effect was formerly a costly and fairly unconvincing endeavor, the latest generation of technology has seen success with many broadcasters during major events, like at the 2018 Winter Olympics. The biggest hurdle left for broadcasters relates to signal delay, which relies on IP or satellite latency.

CCTV and TF1 are also using similar technology at the World Cup, with the latter using it virtually access team locker rooms and training facilities, however, using pre-modeled scenes.