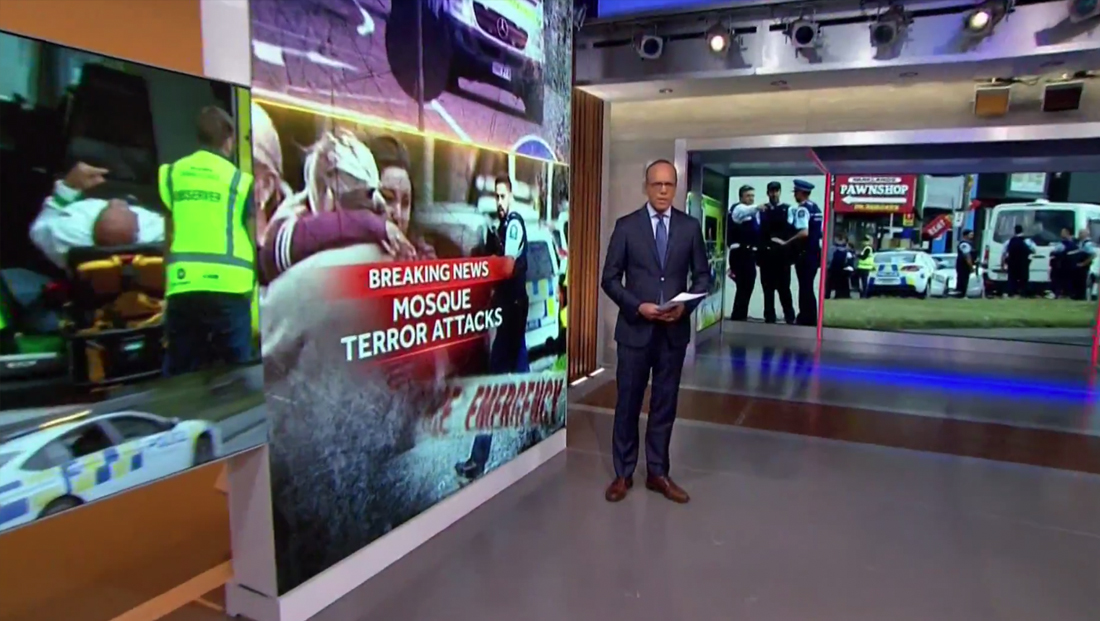 “NBC Nightly News” and anchor Lester Holt started the broadcast, as usual, from NBC’s side of Studio 3A’s video tower with a red “breaking news” graphic as well as still imagery of the scenes on the studio’s other video walls. 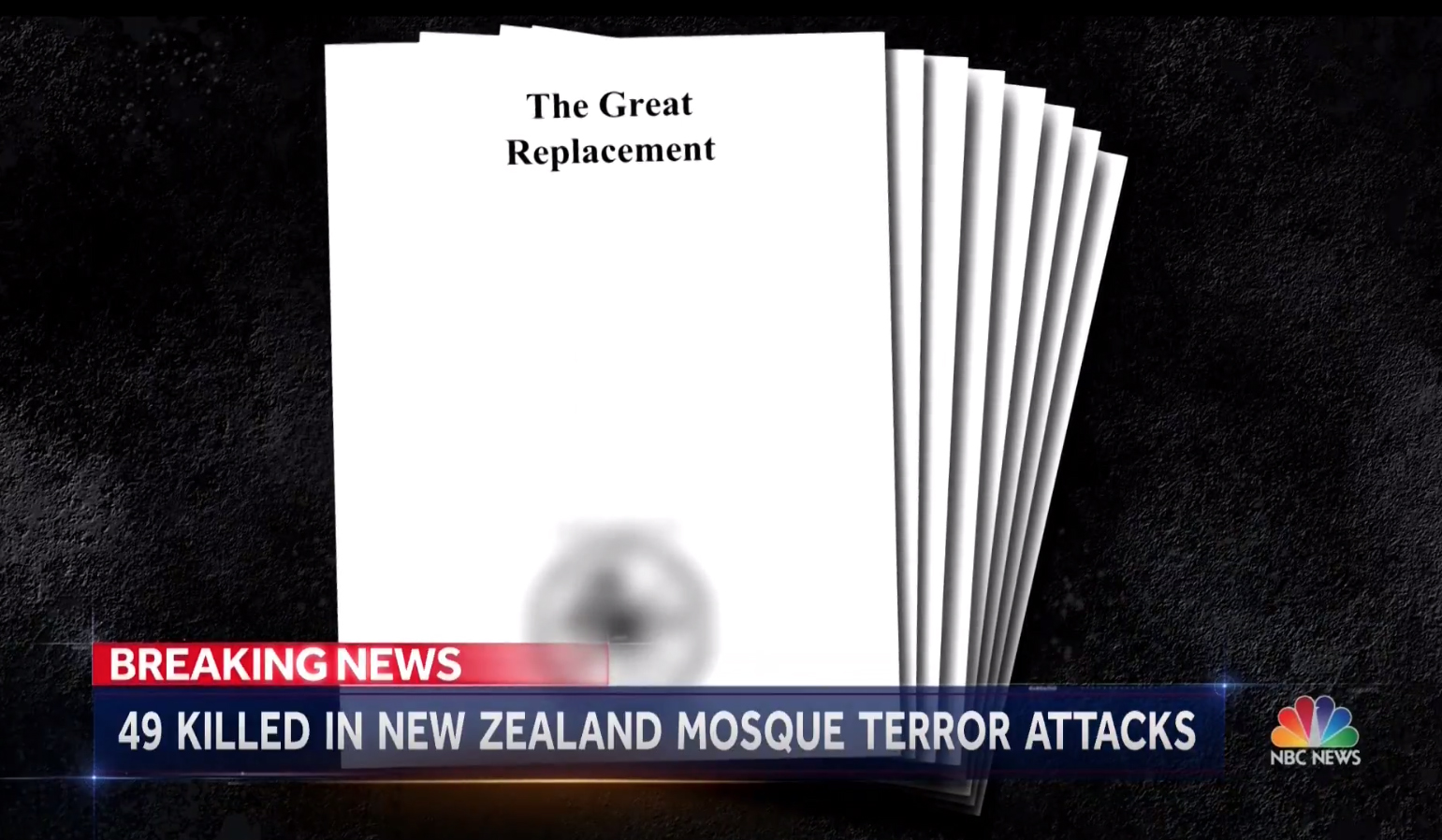 The network used stills of the live stream suspect Brenton Harrison Tarrant but blurred out the cover of ‘The Great Replacement’ manifesto in a fullscreen graphic. 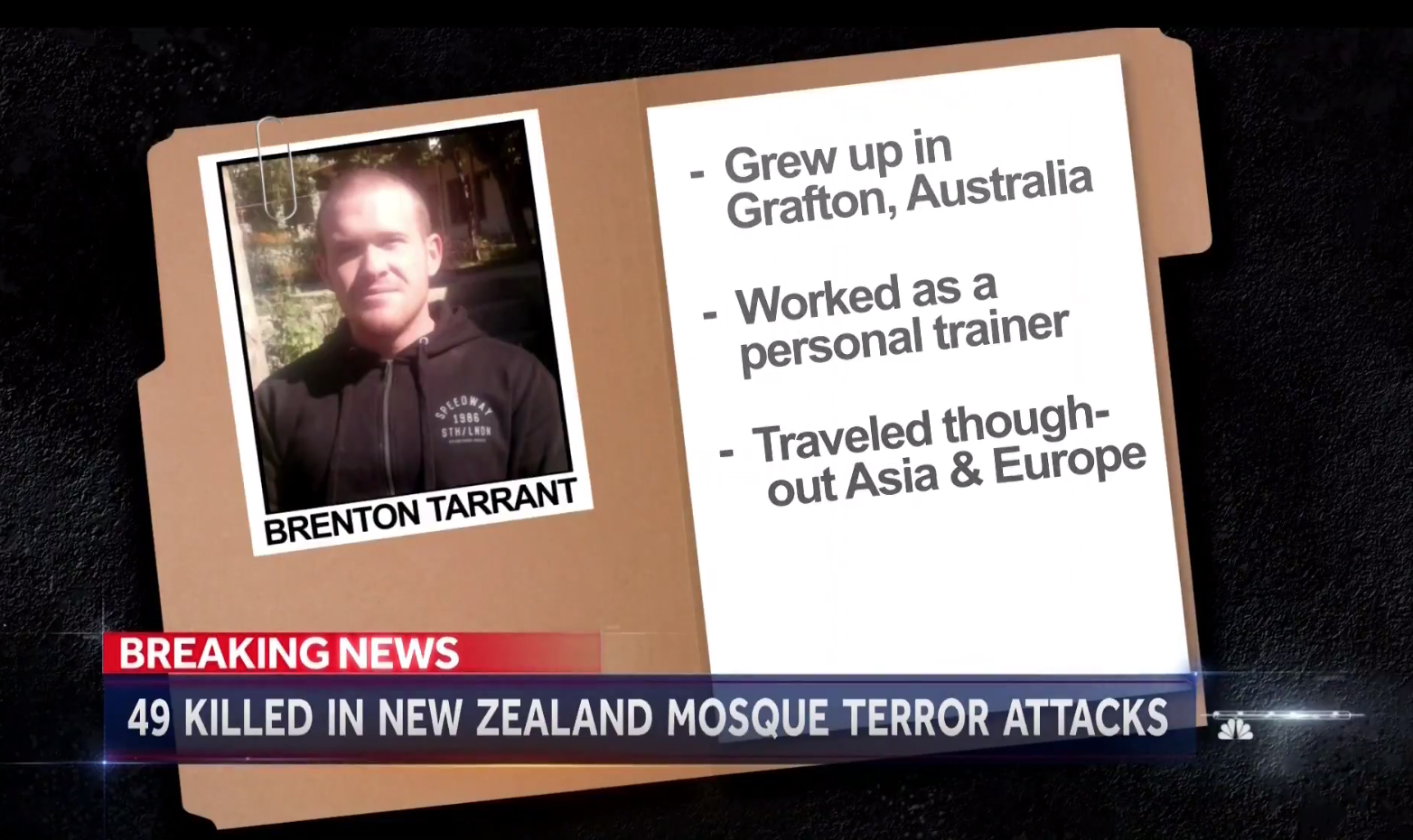 ‘Nightly’ also used a folder-style graphic to outline key points about Tarrant as well as points in the manifesto — but avoided using direct quotes. 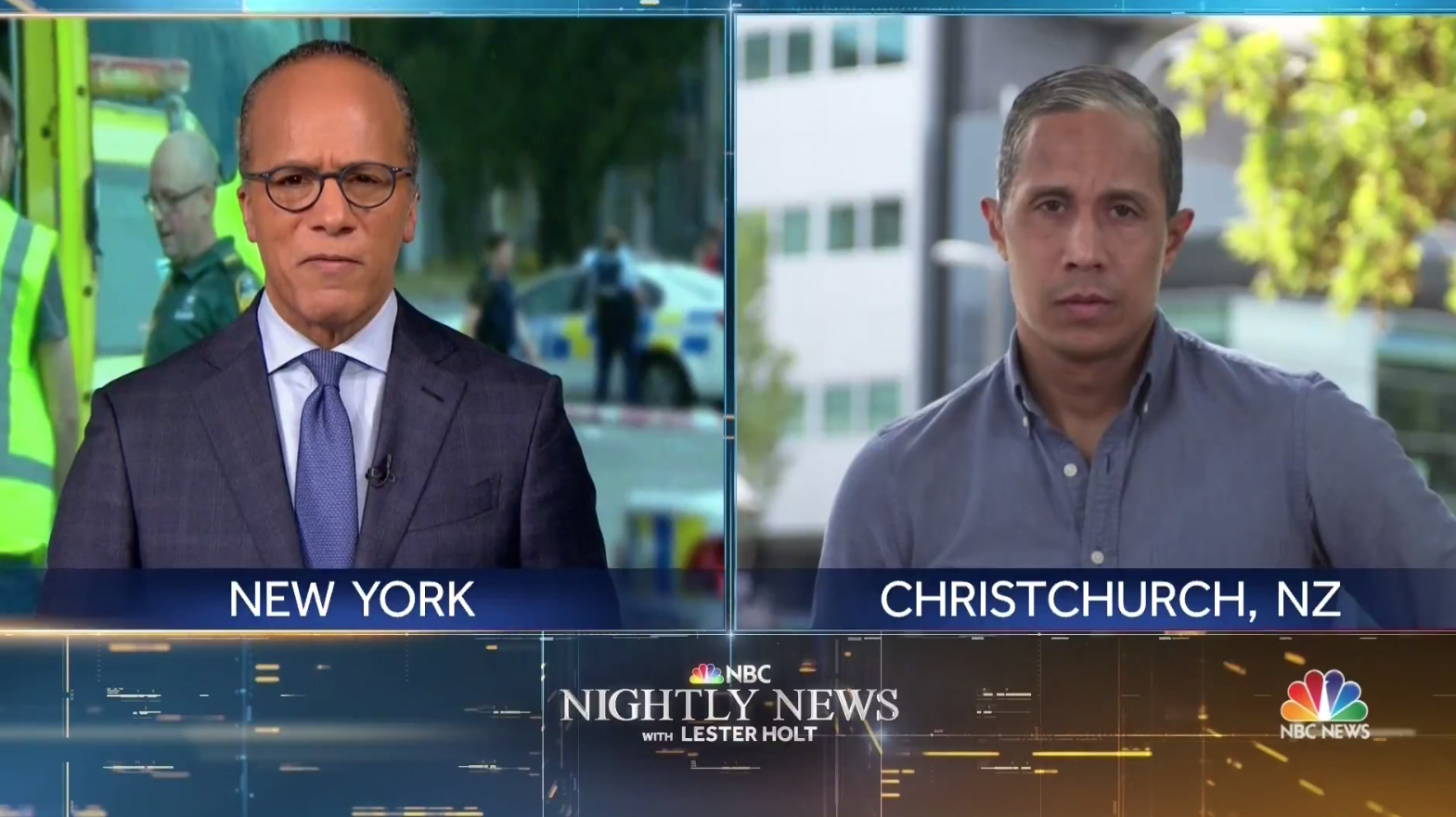 NBC has Miguel Almaguer on the scene at Christchurch, New Zealand. 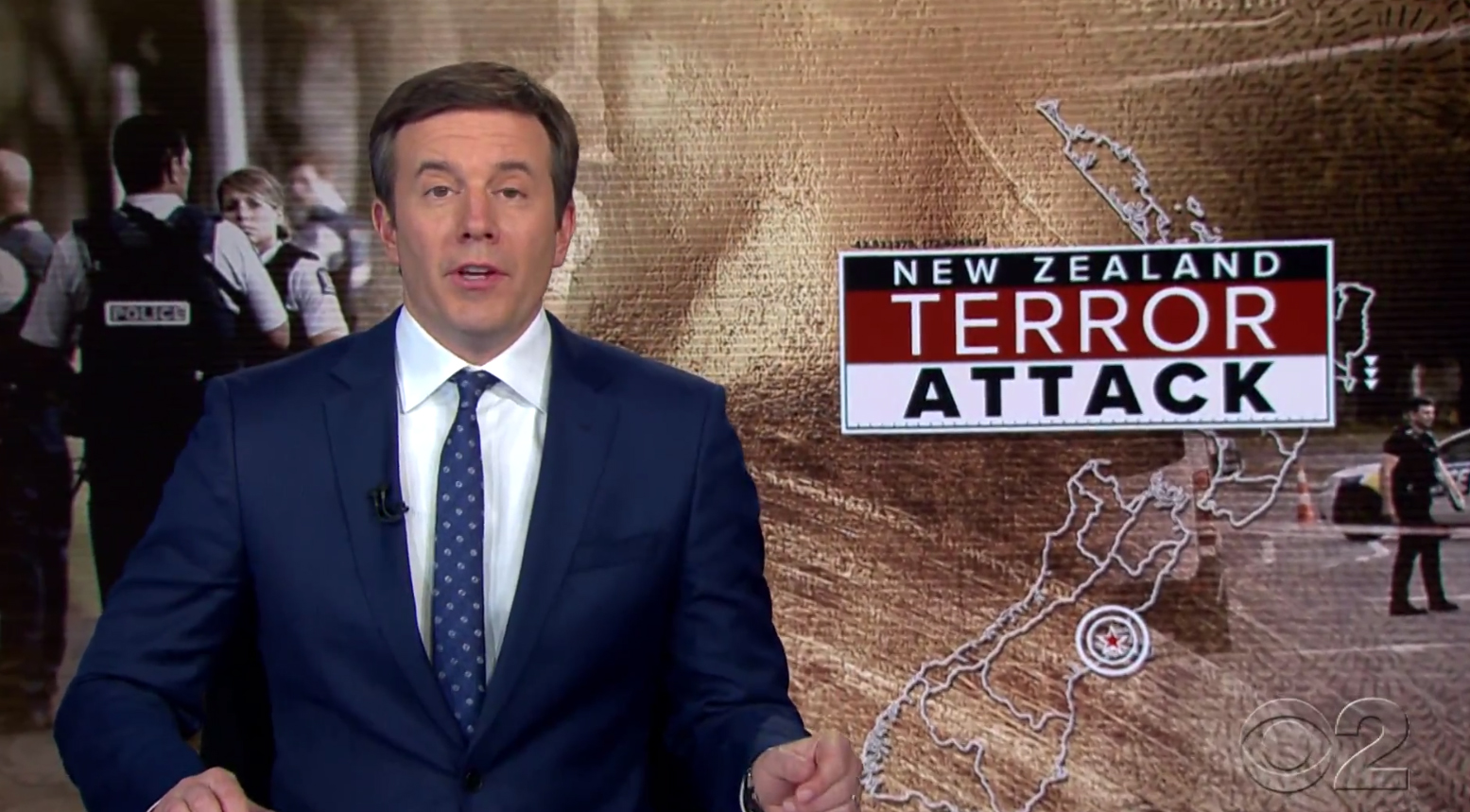 ‘CBS Evening News‘ used a modified version of the logo it used this morning on ‘CBS This Morning’ — also switching the title to ‘New Zealand Terror Attack’ instead of ‘New Zealand Mosque Shootings.’ Glor also made it a point to mention that the broadcast would not use direct quotes from the manifesto or show video from inside the mosques. This was a reversal from ‘CBS This Morning,’ which featured direct quotes from the document. CBS did, however, use an animated infographic to showcase key points about the incident and accused shooter. 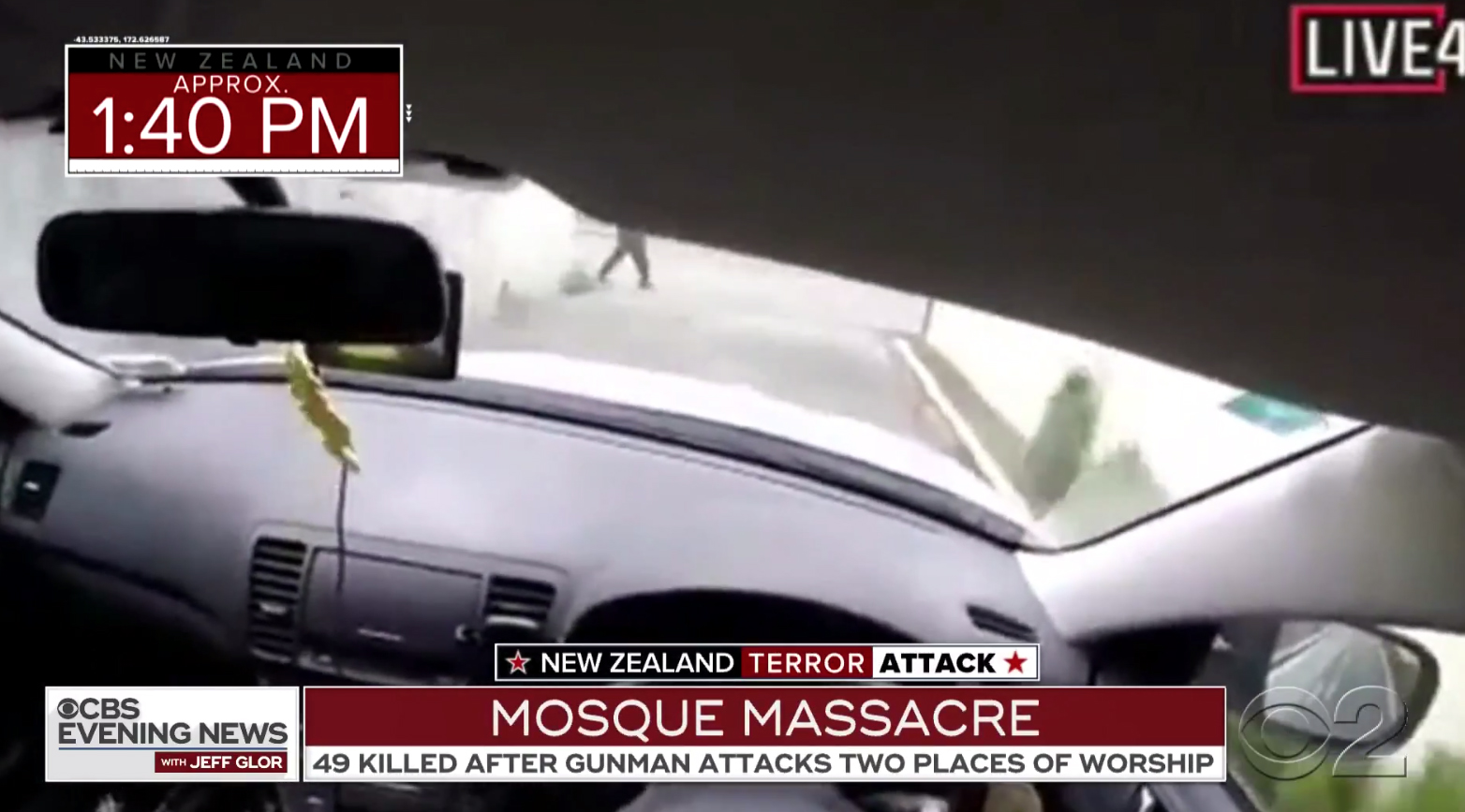 The broadcast used Daniel Sutton of Australia’s Network 10, which is owned by CBS’s CBS Studios International. Sutton’s package includes a timeline-style approach with timestamps in the upper left that included clips of the alleged shooter’s live stream. CBS also took a look at the trends of white supremacy attacks in the United States by showcasing recent tragedies on Studio 57’s wall-mounted video panel inset into the space’s open shelving. 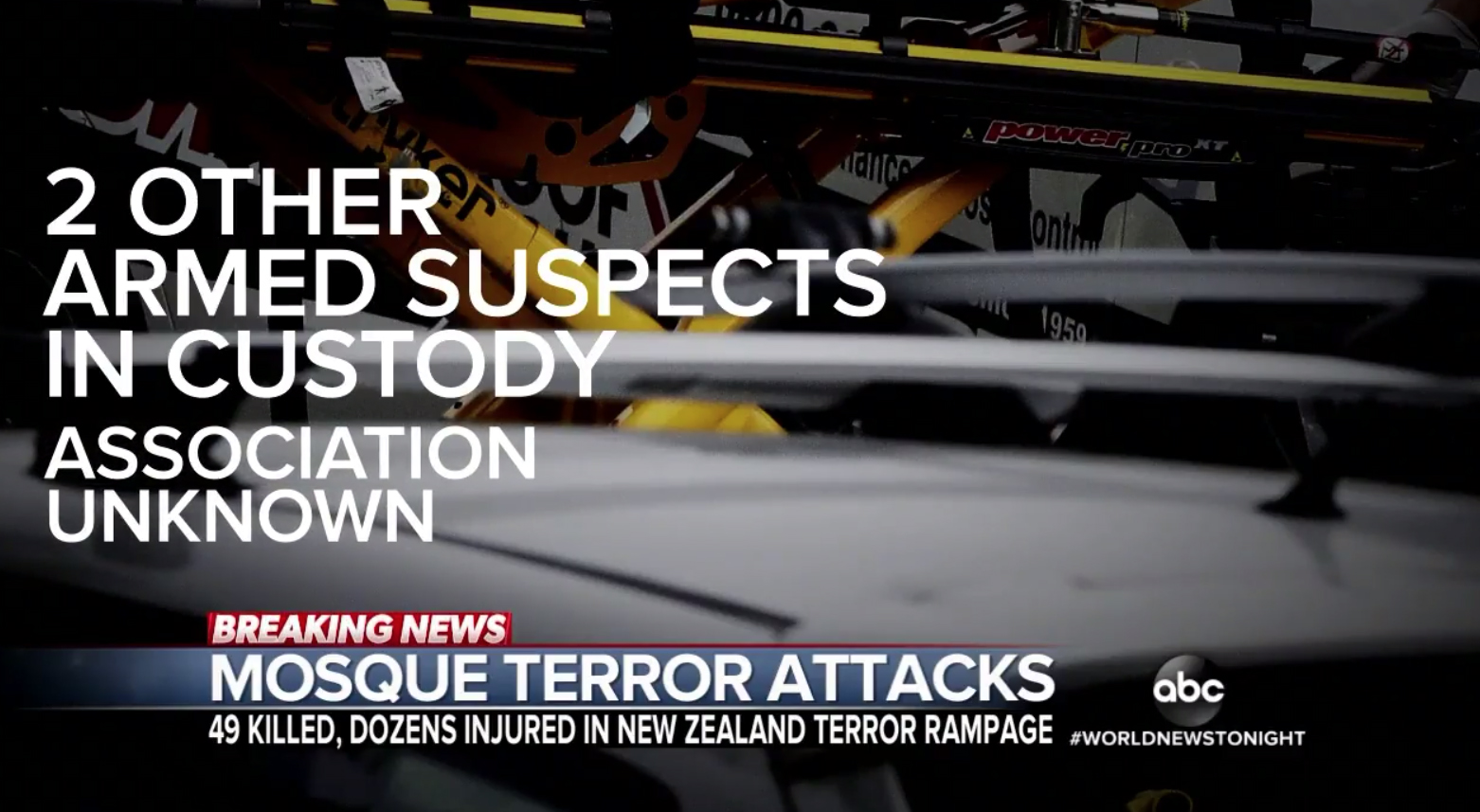 ‘ABC World News Tonight‘ mostly avoided using the live stream or manifesto, instead summarizing events and the content of the document with still and video along with screen text. 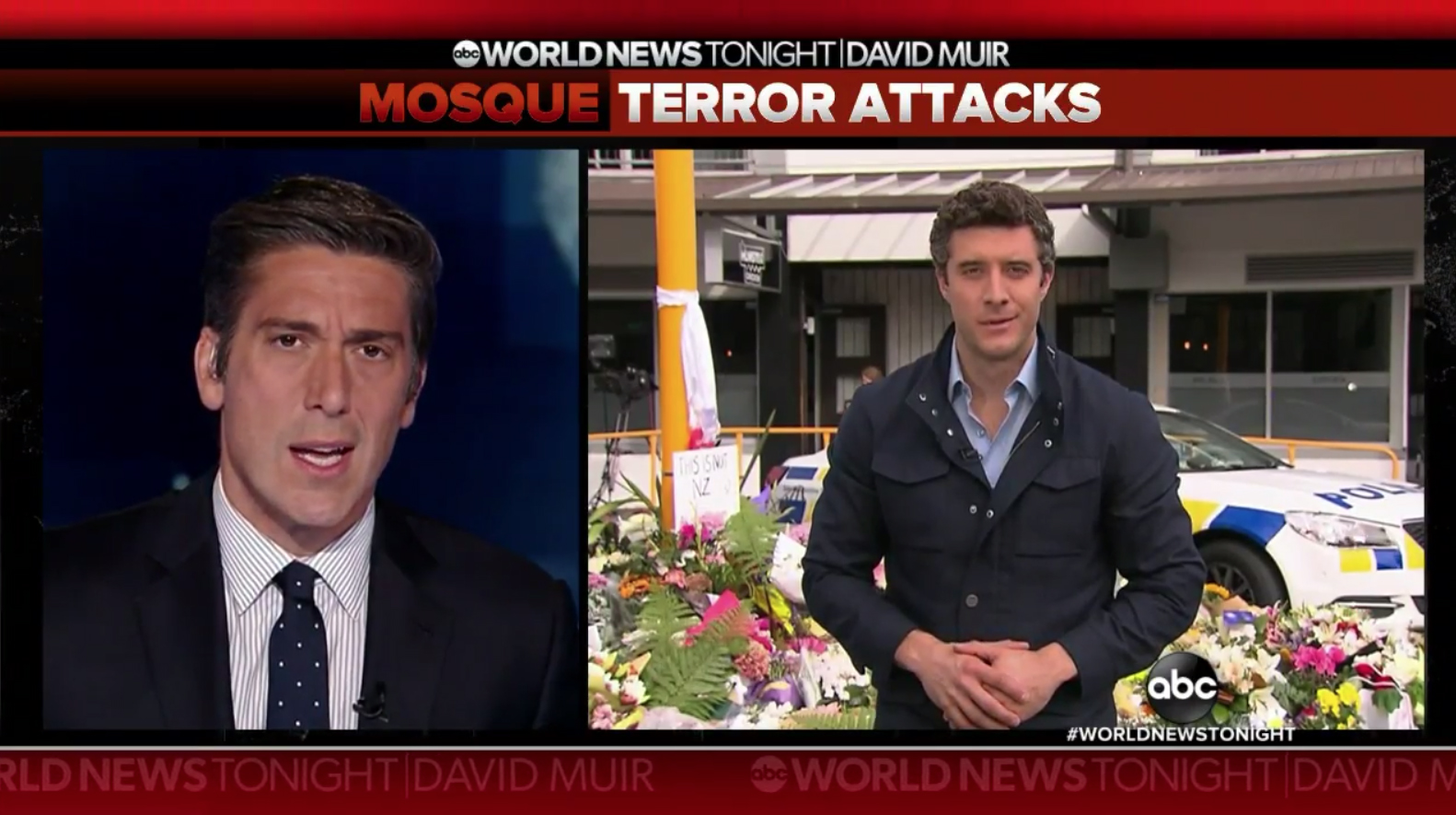 ABC had correspondent Will Carr in New Zealand and used the branding ‘Mosque Terror Attacks’ on red breaking news graphics.