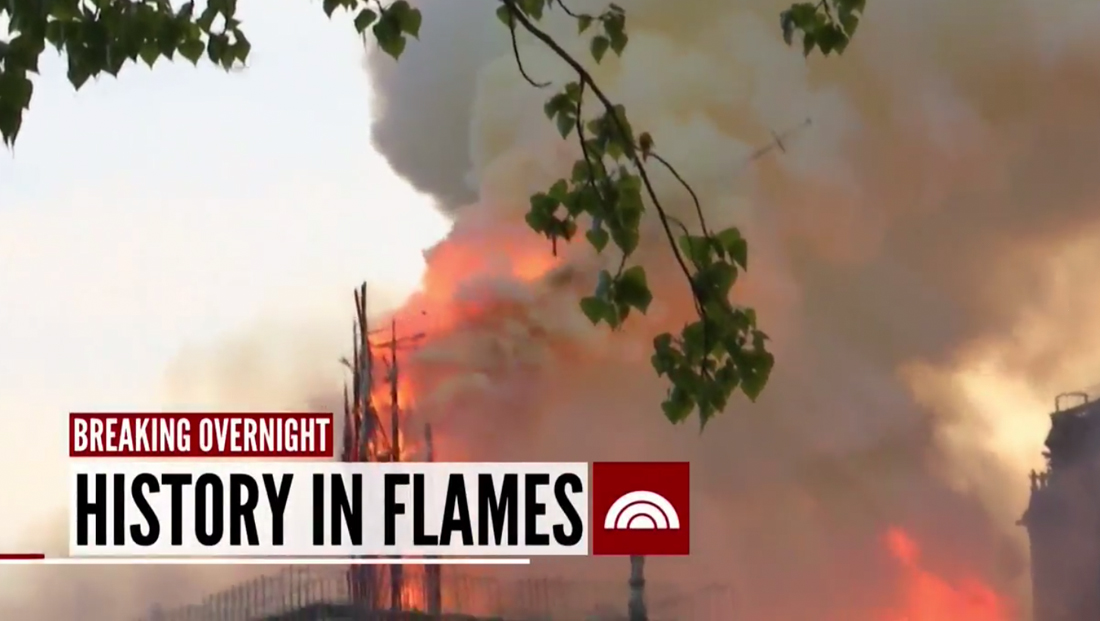 After leading the major U.S. network newscasts Monday night, the Notre Dame fire continued to be a big story Tuesday, April 16, 2019, as the network morning newscasts all provided updates on overnight developments on the story.

All three networks, ABC, CBS and NBC, lead with the story on their Tuesday editions with reporters on the ground with views of the cathedral.

It was 1 p.m. in Paris when the morning broadcasts went live in the U.S. eastern time zone, meaning the structure was lit by daylight, as opposed to the dim views behind standups that were available Monday night when it was 12:30 a.m. local time during the first feed of the evening network newscasts.

NBC News‘ “Today” started with an extended “walk and wander” and “video on video” segment that displayed images from the scene as well as key headlines from overnight developments. 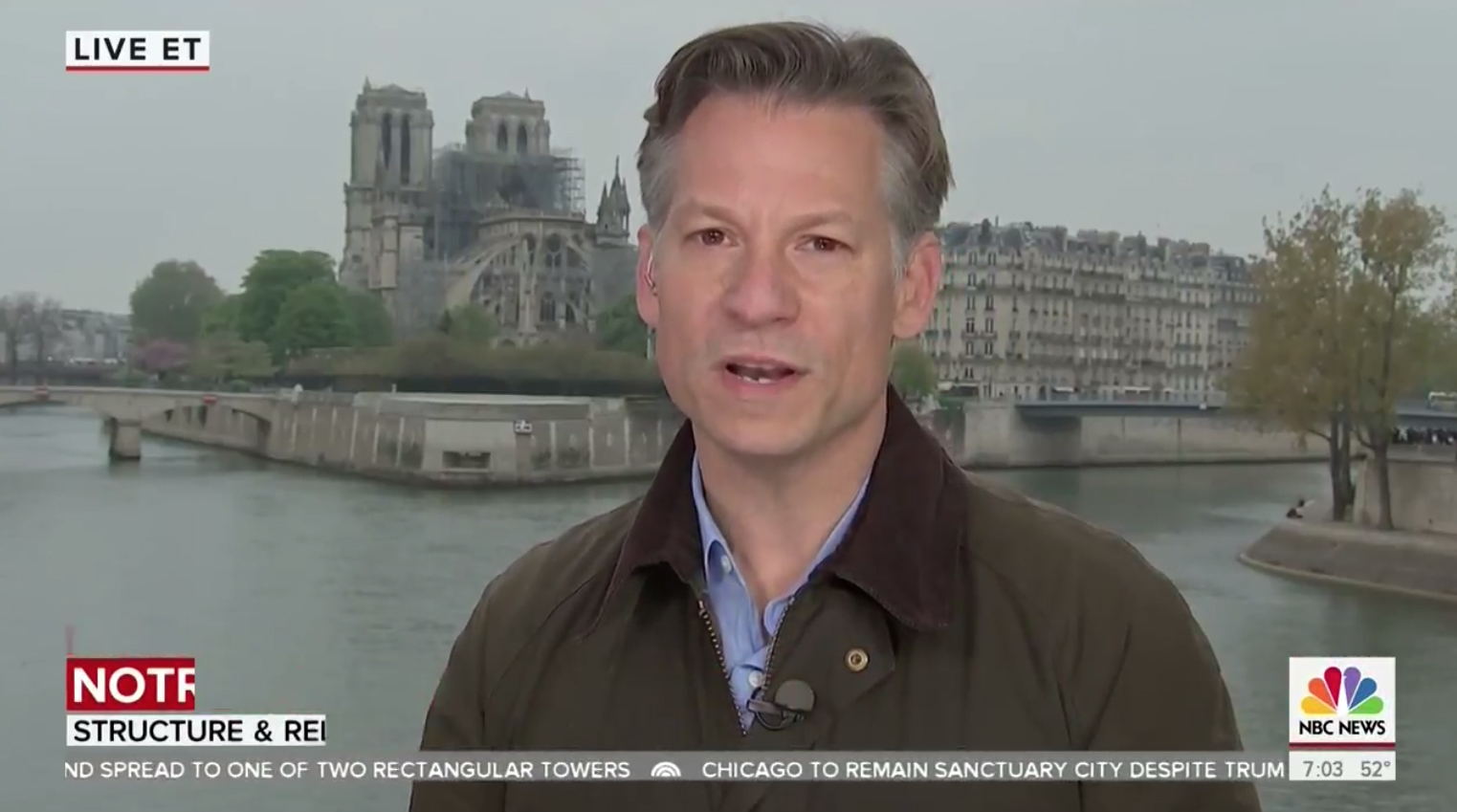 Correspondent Richard Engel then joined the show live from Paris, on a live shot set up on the shore opposite the island Notre-Dame de Paris sits on. 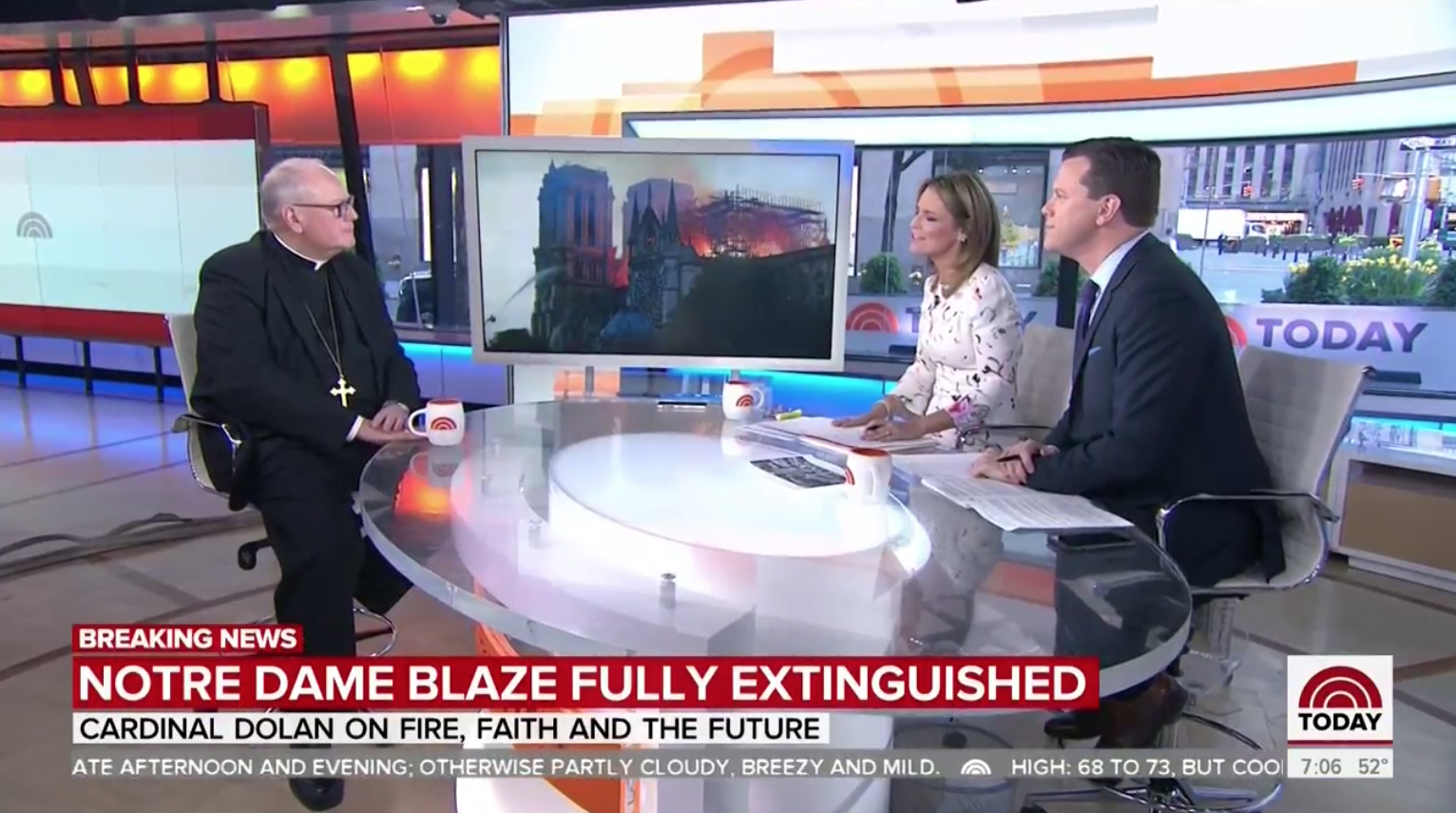 Find out why @hodakotb hasn't been anchoring the '#TodayShow' this week https://t.co/cdlDqHlI1L 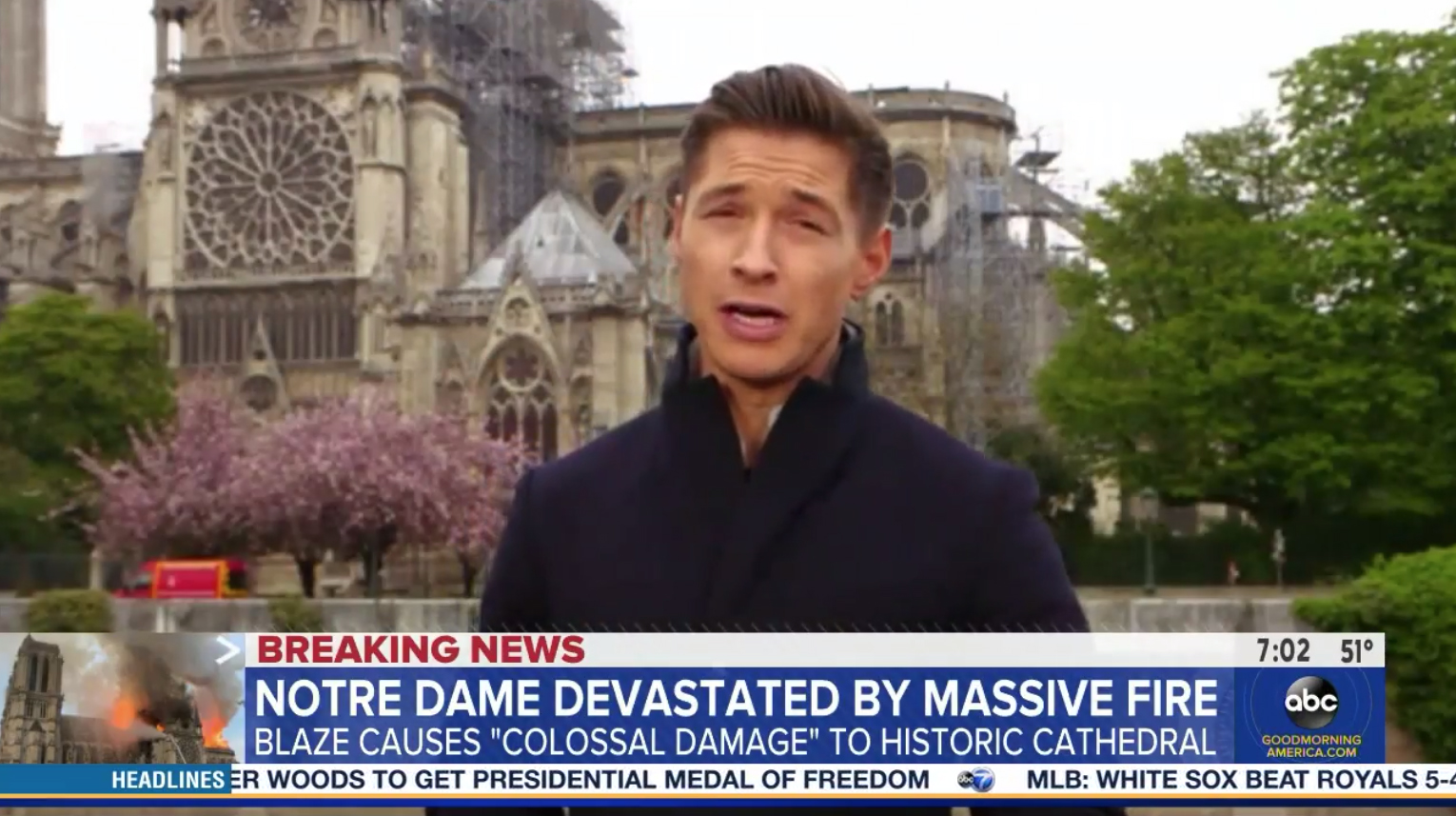 ABC News correspondent James Longman joined ‘Good Morning America‘ from standup location that cut off the higher parts of the cathedral, but also gave viewers a better view of the scaffolding surrounding it that had been installed prior to the blaze as part of a restoration project. 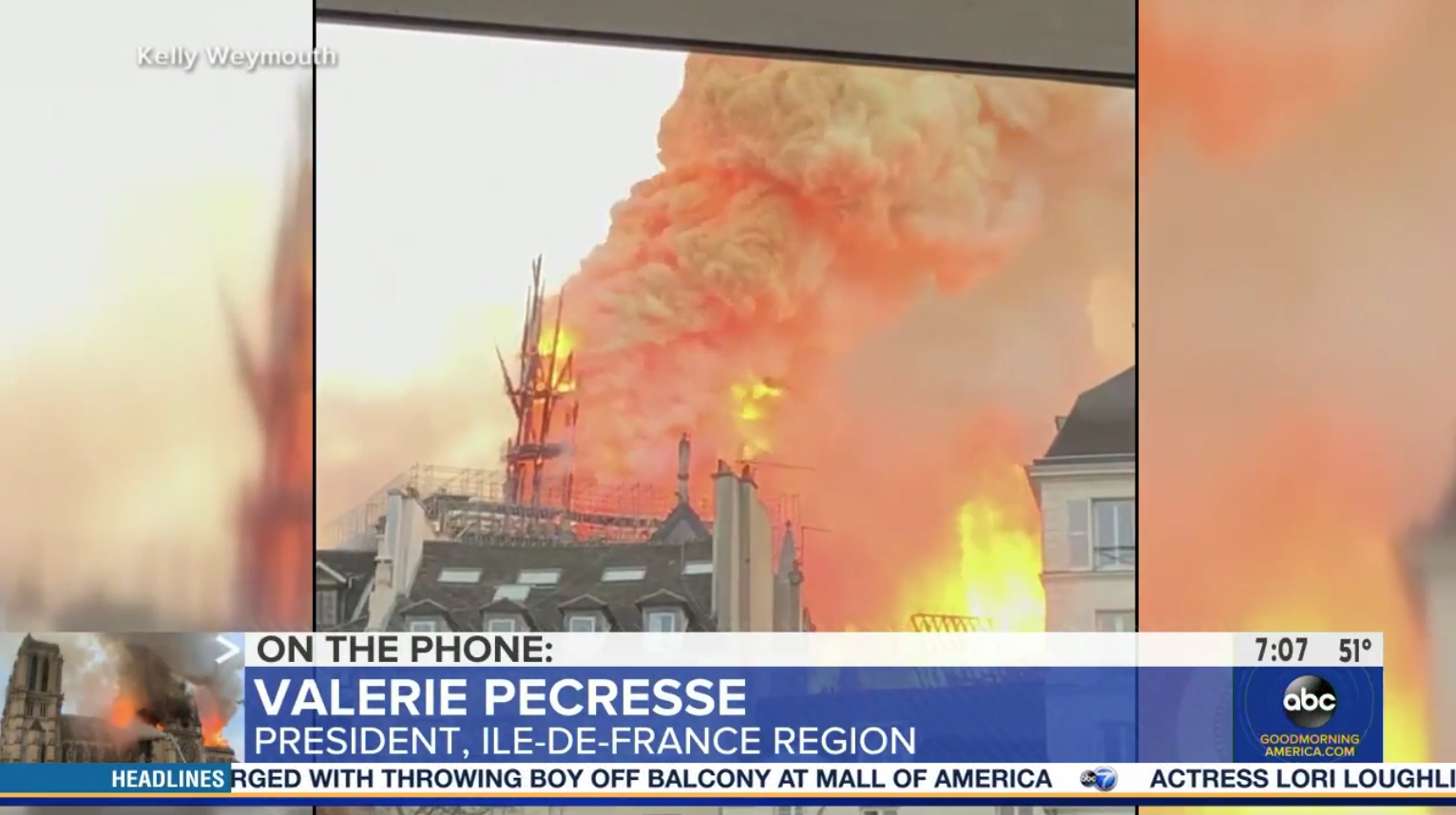 ‘GMA’ then had a phone interview with Valerie Pecresse, the president of the regional council of Île-de-France, the governmental region of France where Paris sits. 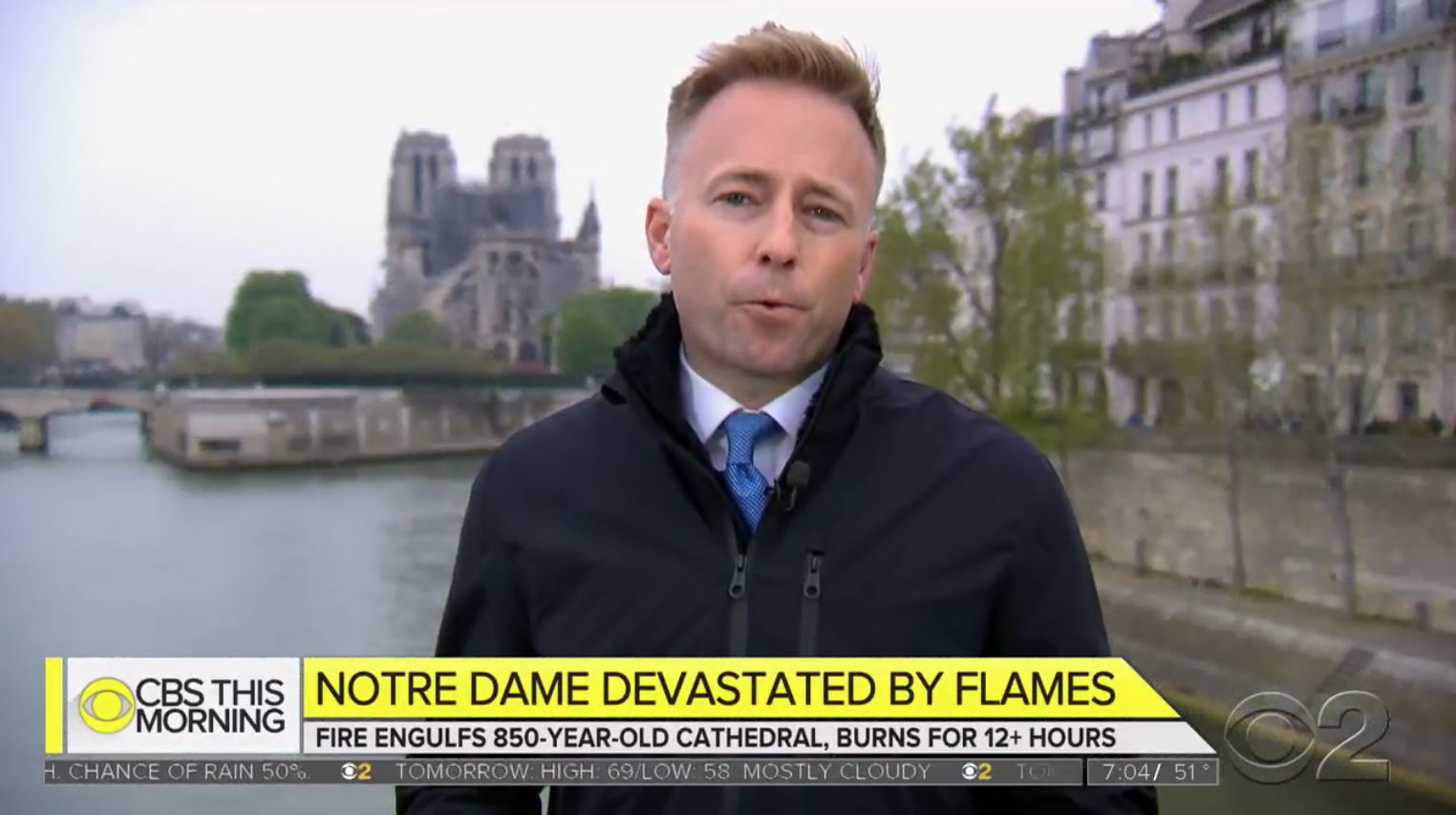 ‘CBS This Morning‘ lead with a report from Seth Doane, who had a standup location that showed the towers and burnt structure behind him. 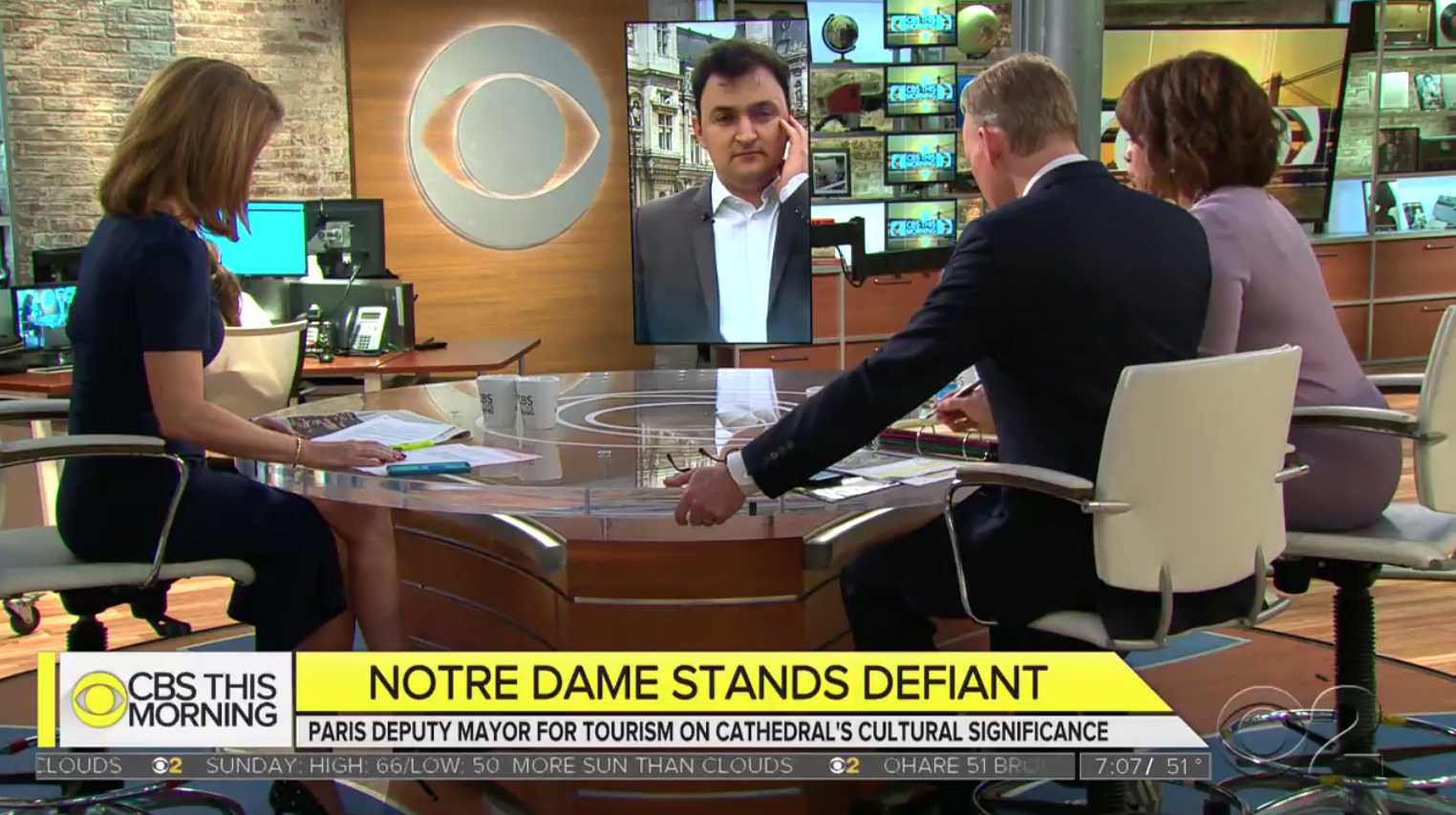 ‘This Morning’ was then joined for a live interview with Jean-François Martins, Paris’ deputy mayor for tourism and sport, from outside of city hall. Being forced to hold his hand of his ear to hear is IFB due to ambient noise, the interview took on the look of the cliche live interview with ‘satellite delay.’