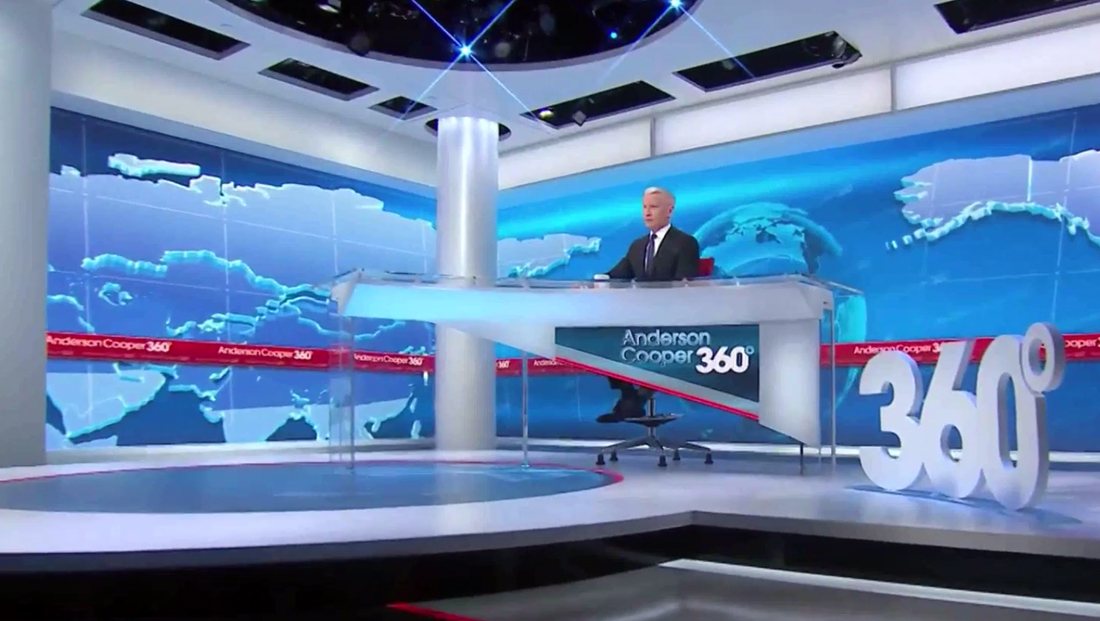 Along with “New Day” earlier in the day and its primetime counterpart “Cuomo Prime Time,” Anderson Cooper’s CNN show made the move to Hudson Yards Monday, May 20, 2019.

“Anderson Cooper 360” is now originating from Studio 21L in the network’s Hudson Yards headquarters in a clean set that combines video walls and panels, sleek structural elements and even a dimensional “360°” element. 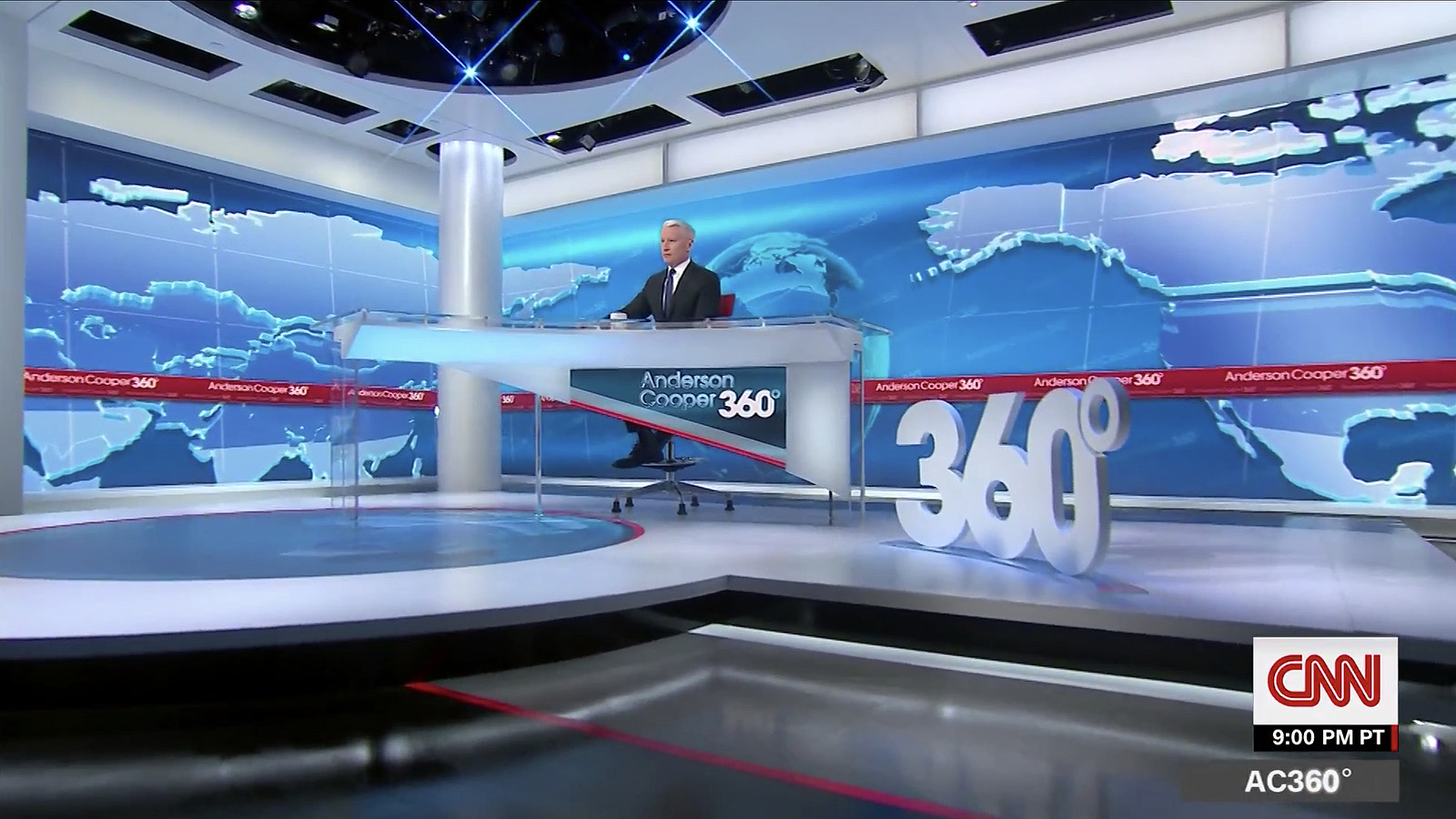 The show uses half of Studio 21L that features two intersecting seamless video walls and a clean white circular column in the corner.

The column itself pokes through a cut out in a ceiling element that features a mix of rectangular and circular openings around the lighting grid.

Cooper himself now sits at a gently curved anchor desk — that could be read as part of a circle — fronted with a “fan” shaped LED panel and open, glass supports camera left.

This portion of the desk extends over a circular LED installation in the studio’s riser.

Camera right of the anchor desk is a a freestanding dimensional “360°” logo with accent lighting.

Along with the new studio, the show also has a new video wall loop that runs behind Cooper and in-studio guests.

In addition to shifting to a slightly brighter shade of blue, the repeating text of the show’s logo is also toned down.

The rest of the video wall background features glassy continents, a rotating floating globe — the ultimate interpretation of 360 degrees — and a bold red band with the show’s logo repeated in two different sizes on two lines. 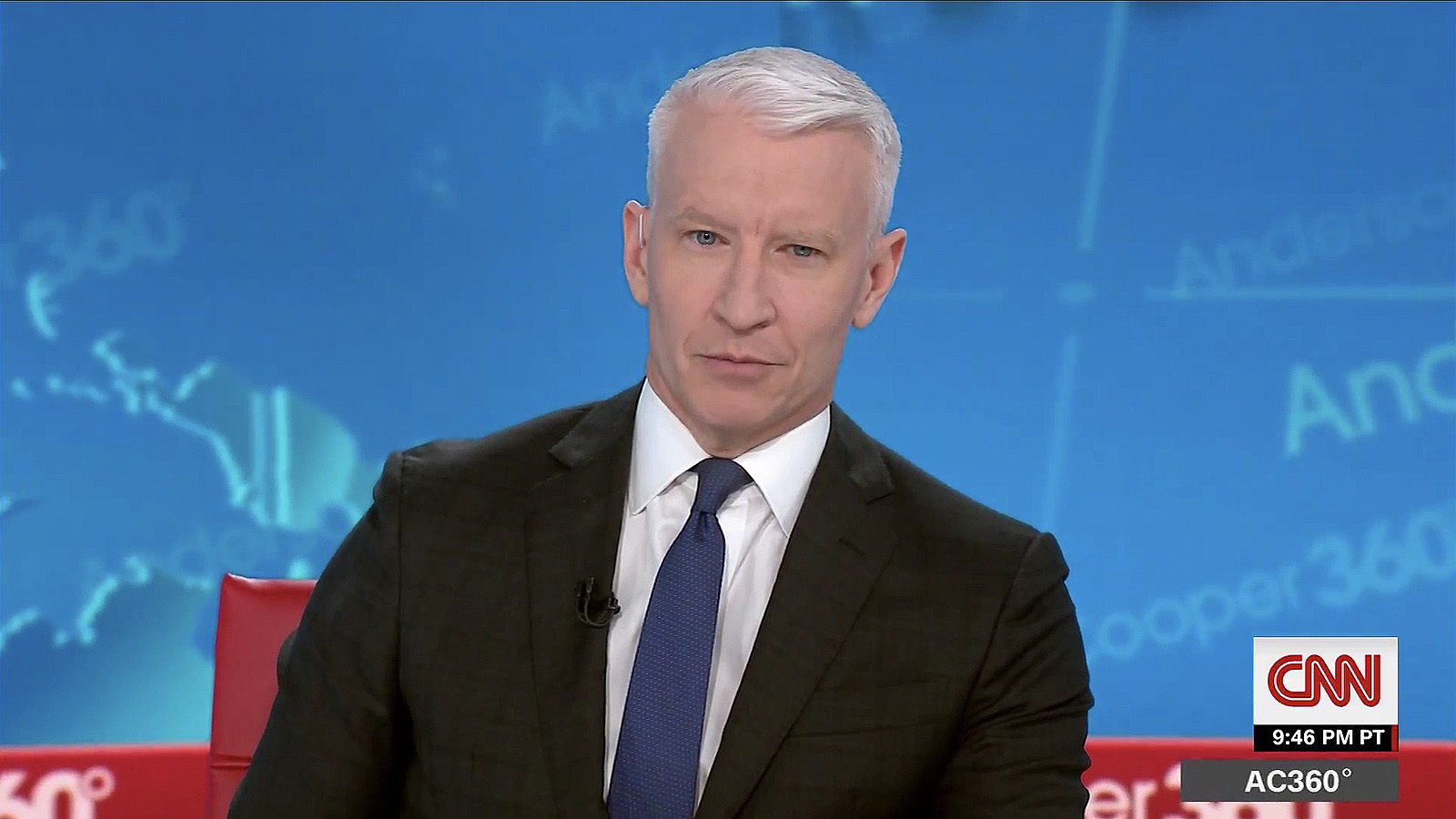 Cooper is still shot very tight for most parts of the broadcast, but the show does use wider push ins and beauty shots to show off the set. 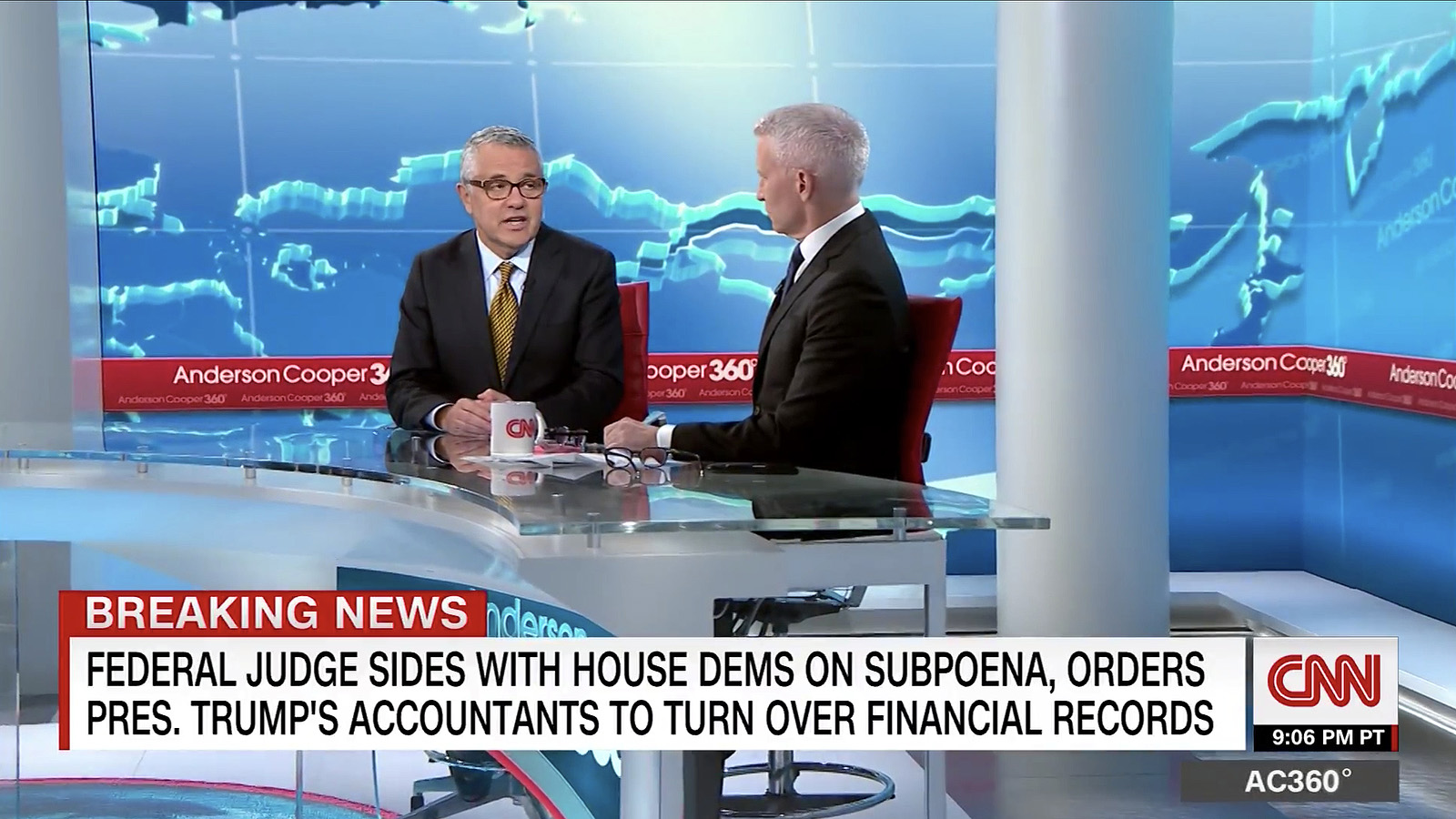 The curved anchor desk can also be used for in-studio guests. 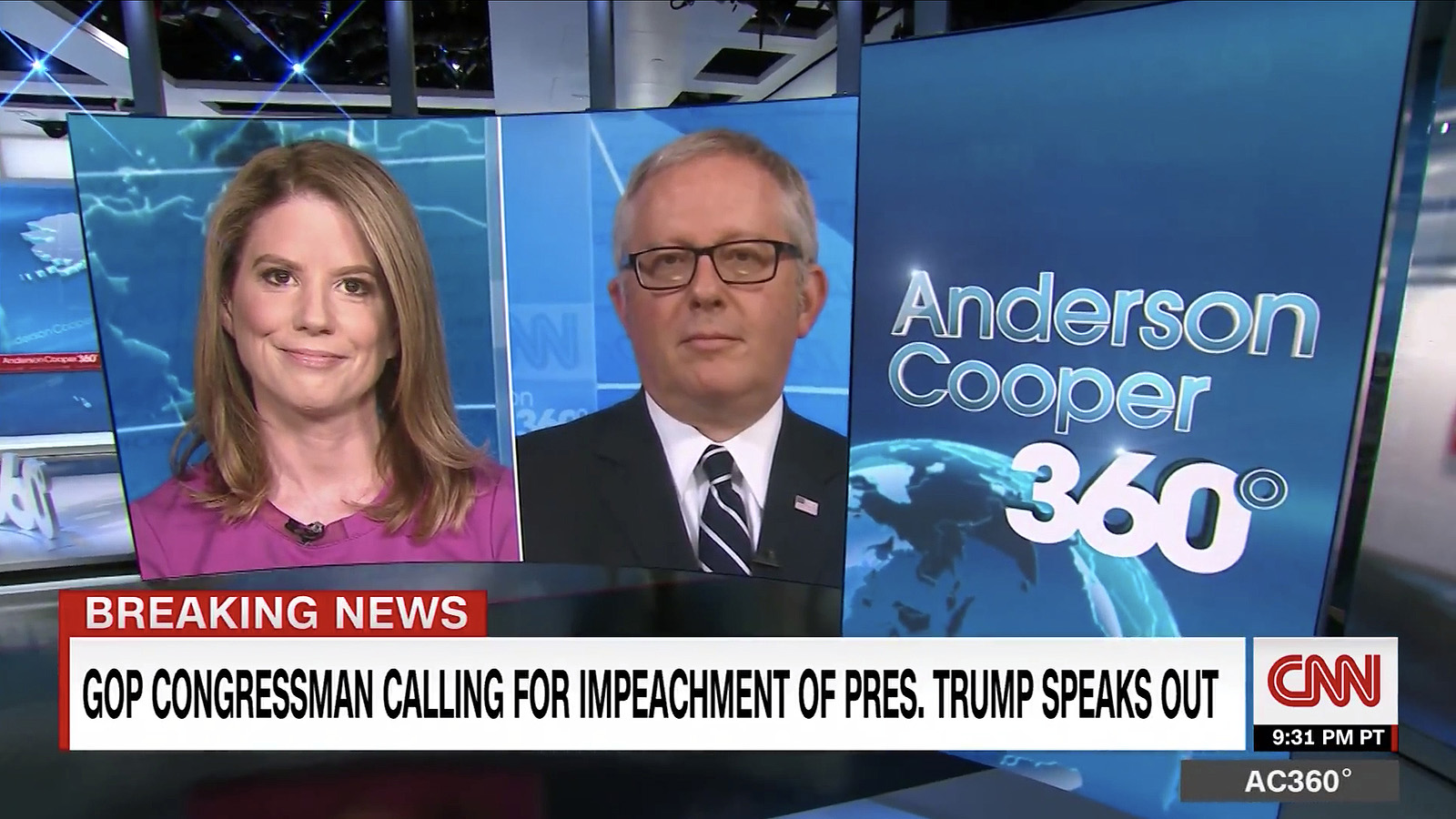 In addition to the large video walls, the studio is also outfitted with a pair of ceiling-mounted video panels — one curved and one vertical — that can be used for introducing remote guests or bump shots. 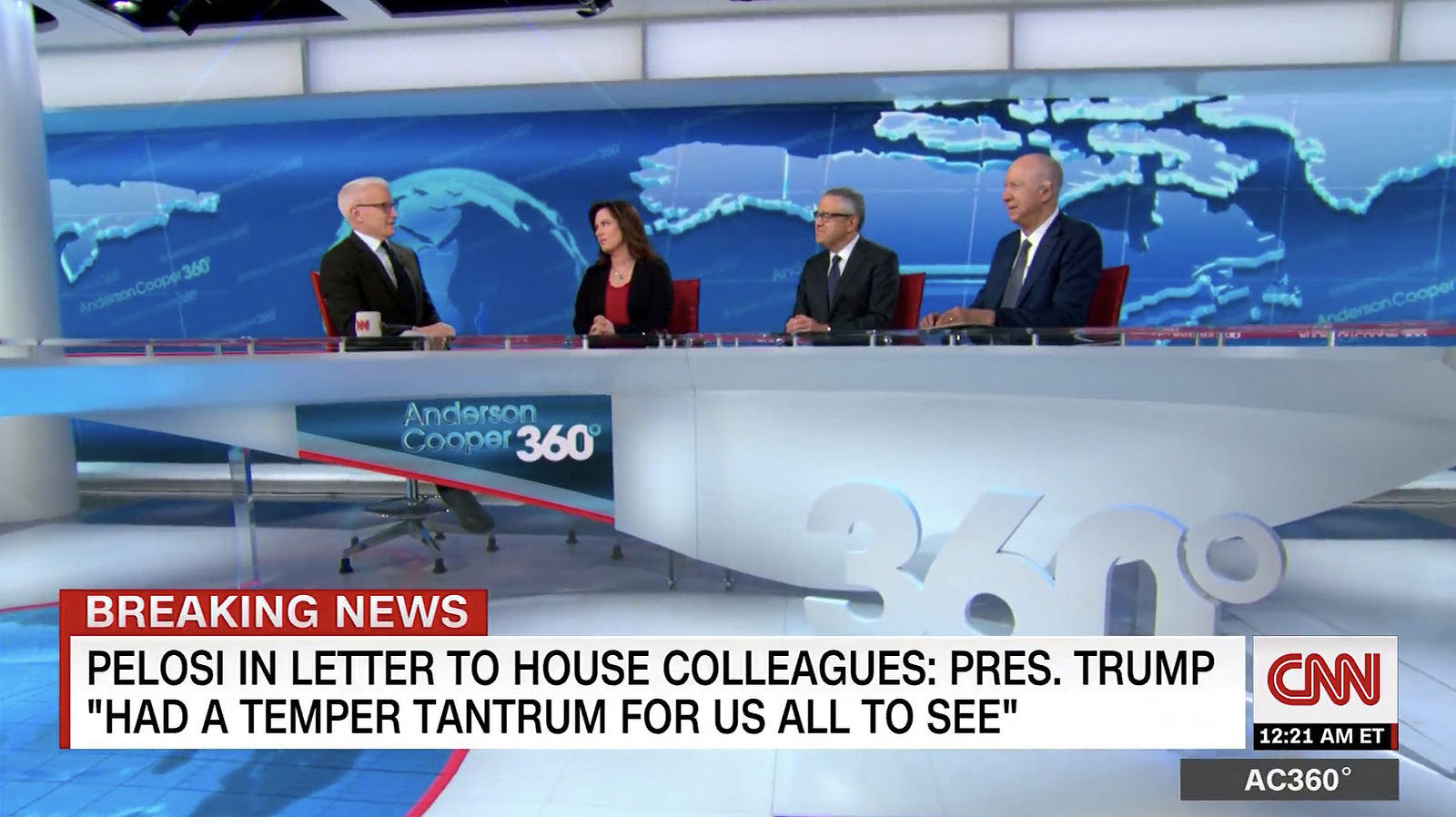 For multiple in-studio guests, another desk segment can be brought in and docked up against the main one. This one, while lacking an LED front, continues the gentle curve on the main. 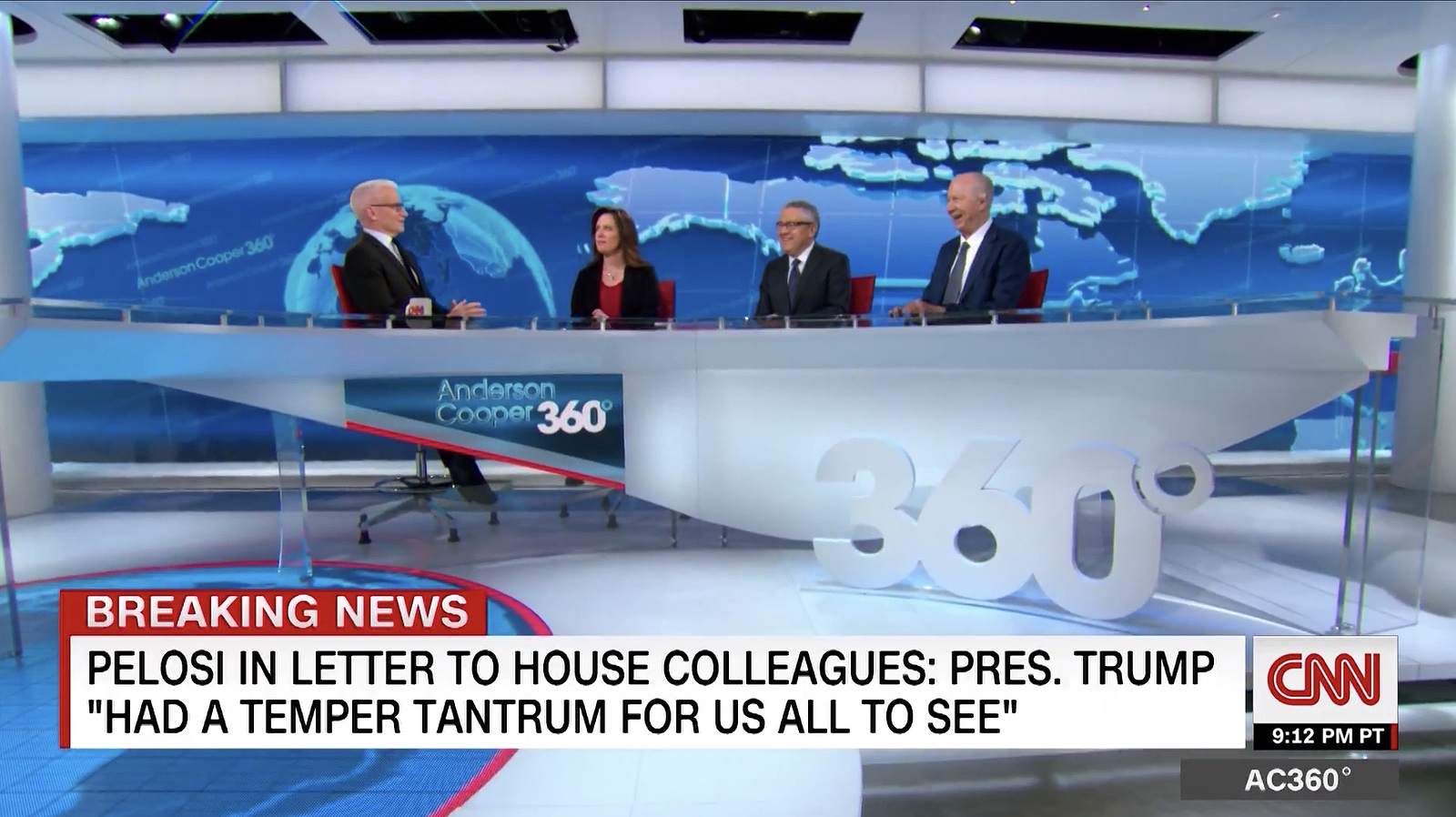 When in use, the add-on desk tucks directly  behind the ‘360’ logo letters.

Studio 21L, is like the other Hudson Yards spaces, a wraparound set, with the other half yet to be seen on air.