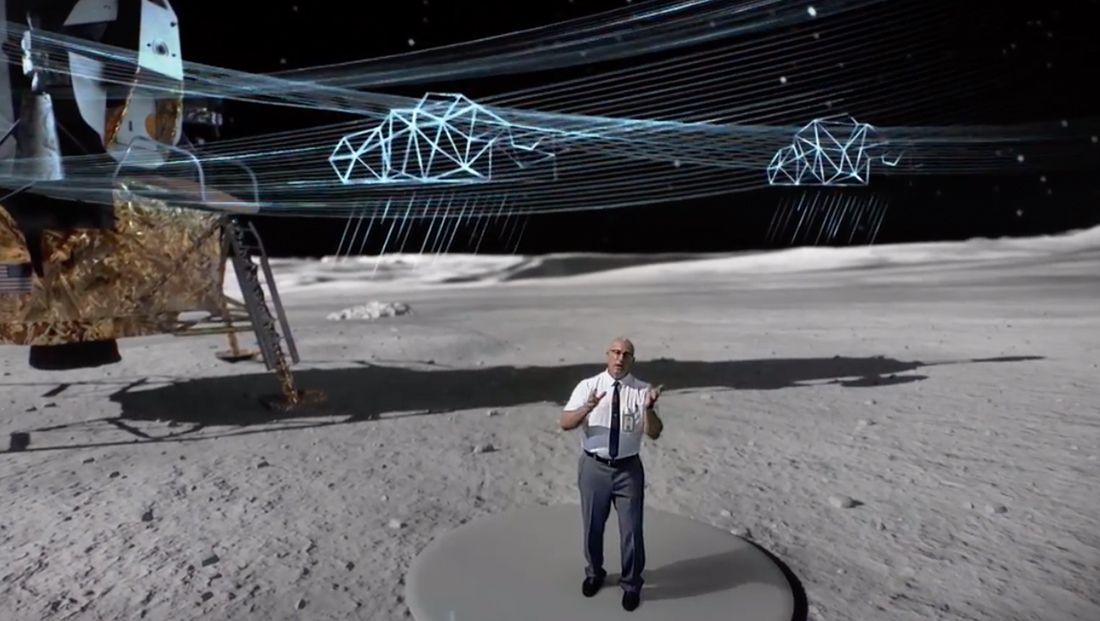 The Weather Channel used its immersive mixed reality technology to take viewers on a journey to the moon — and back.

As part of coverage of the 50th anniversary of the Apollo 11 moon mission, “AMHQ” aired the segment Thursday, July 18, 2019.

The segment starts with Jim Cantore standing on a dais set on a detailed 3D recreation of the moon as a virtual Eagle lander set down behind him.

Callouts and other virtual elements helped Cantore illustrate the moon’s lack of gravity and atmosphere and its affect on astronauts and gear.

The segment also used the constellation Ursa Major, known as the Big Dipper or Big Plough, to create a “timeline” that showcased the next Apollo missions, including the ill fated Apollo 13.

Next, the segment shifted to covering the astronauts’ re-entry to earth — for this part Cantore was joined by Tevin Wooten, dressed in a similar getup, who appeared to be standing on board the aircraft carrier that helped launch the retrieval of the portion of command module Columbia that was used to safety return the crew to Earth.