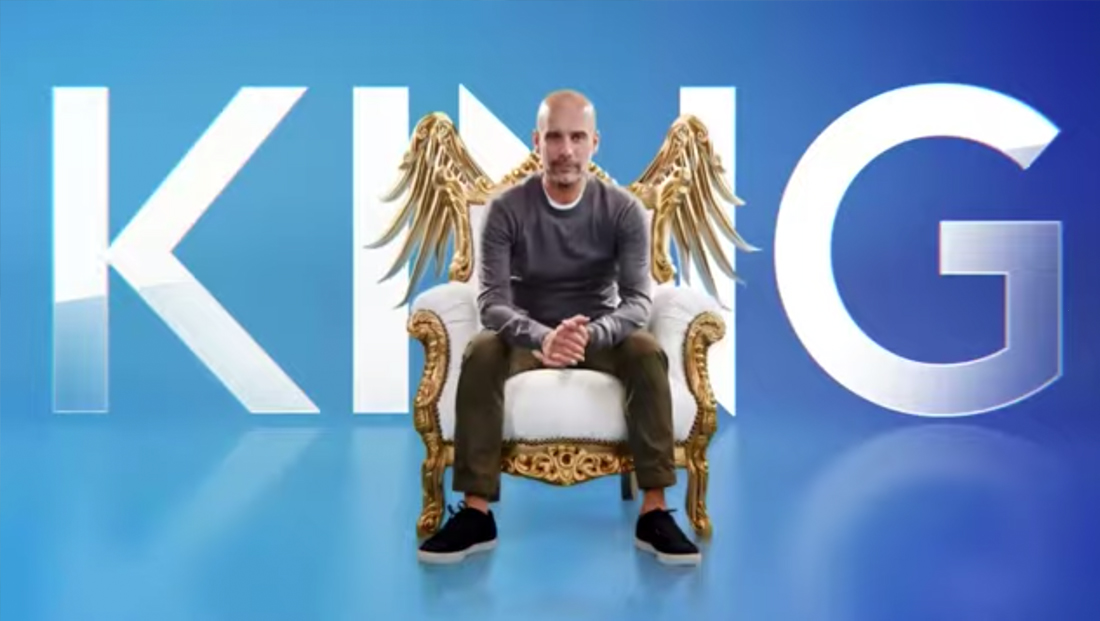 Sky Sports is out with a new personality-driven promo for its coverage of the Premier League through its “Super Saturday” franchise.

To create the new look, the network scheduled five-minute windows with players that took a span of 20 days to complete.

Players are depicted in a myriad situations that play homage to team and individual nicknames as well as fan lore and history, which include:

Reigning league champs Manchester City Football Club (not to be confused with Manchester United) are depicted withe world “champions” running across the screen.

This oversized typography is set, like the other lettering in the spot, in the football version of the network’s bespoke font first introduced back in 2017 at the same time it debuted an updated logo design.

Sky has five versions of the bold, geometric font, with one each used for cricket, Premier League football, golf and F1 racing.

In Sky’s Premier League promo, the letters strategically shift from solid to transparent to gradient to outline format to allow the text to be more readable during some parts while becoming more a design element in others.