MSNBC ‘counting up’ to impeachment threshold 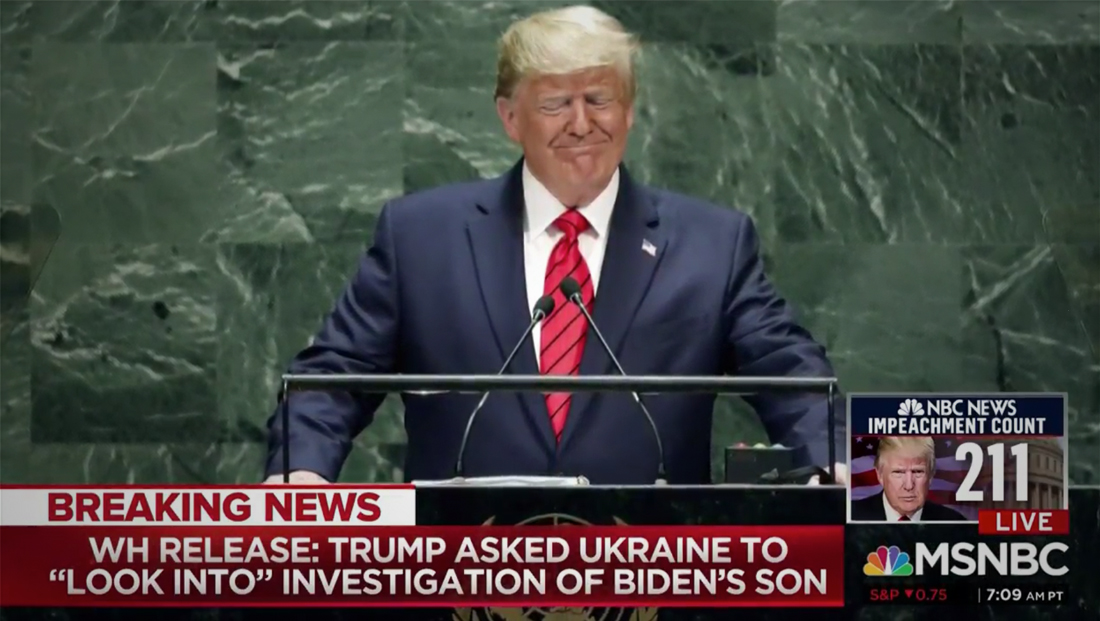 The action was spurred on by the release of a White House memo on a “whistleblower” report and Tuesday’s announcement by Speaker of the House Nancy Pelosi that she would officially begin an impeachment inquiry within her chamber.

The network began airing a “count up” box in the lower right corner of the screen during “MSNBC Live with Hallie Jackson.” 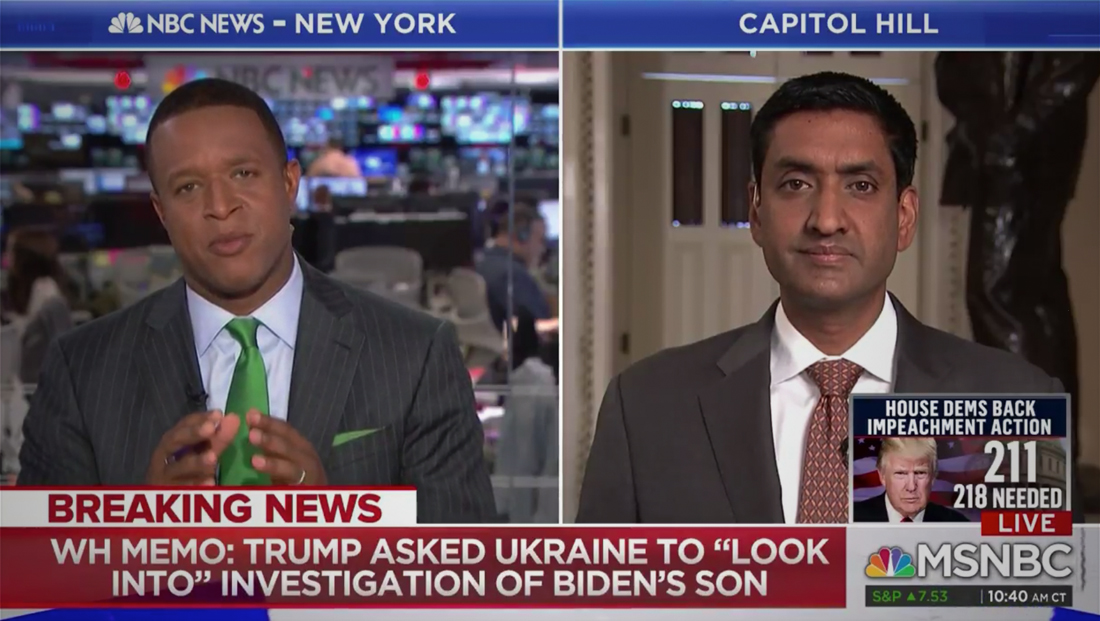 It was originally labeled as the “NBC News Impeachment Count” with the large number “211” shown.

The graphic was later revised with the heading “House Dems Back Impeachment Action” and a large “211” followed by the notation “218 needed.” 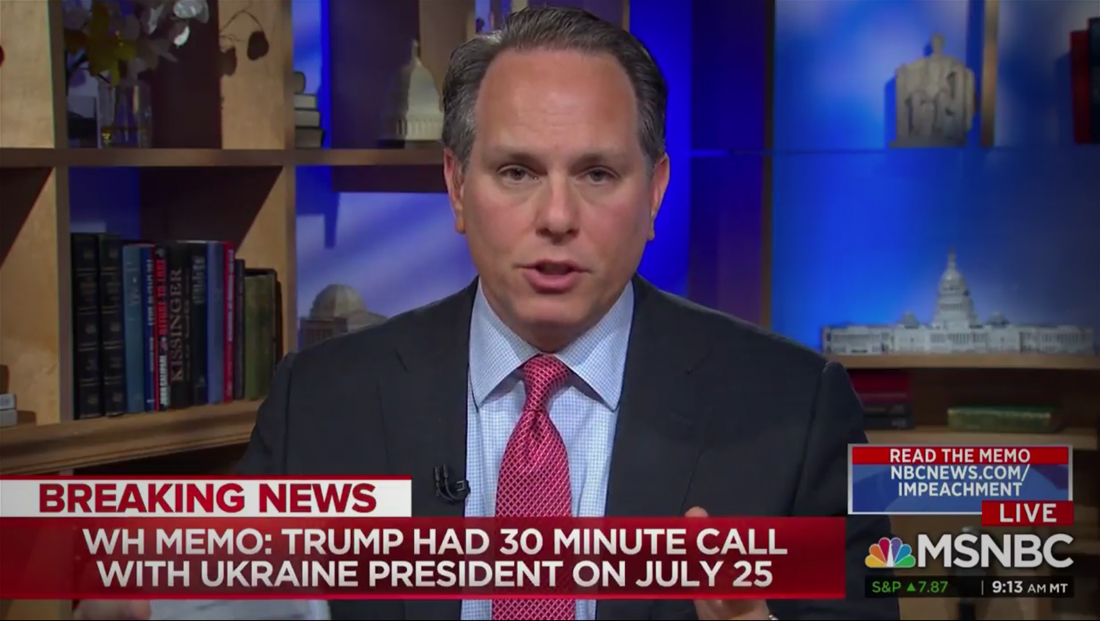 Later in the morning, the network switched to a smaller box with teaser to visit its website to read the full so called “whistleblower memo” as well as upcoming live coverage.

In some ways the whole counter seemed a bit superfluous — even in the early hours of the day during “Morning Joe,” the number “211” was mentioned several times as the current count of representatives on board with impeachment proceedings (but not shown on air in the corner), so it’s not like the figure was something that was constantly shifting throughout the morning.

As of noon eastern the number remained at 211 by NBC’s count — but MSNBC dropped the box shortly thereafter.

CNN, meanwhile, continued us a large on screen counter by had a slightly different count than MSNBC as of Wednesday afternoon — 204.

It’s not immediately clear on why the numbers differ, though it’s likely due to differing criteria over, what, exactly, qualifies as “support” or “backing” for an impeachment inquiry.

In addition, the whole graphic was made even less groundbreaking once MSNBC added the “218 needed” label — meaning there are only seven “undecided” — and there was no visible change in the number that really made the small gap significant enough to monitor constantly.

It’s also worth noting that MSNBC’s earlier label of “Impeachment Count” was, while not technically inaccurate on the surface, jumping a bit ahead of itself, since the number of 211 is NBC’s count of house members supporting an impeachment inquiry — but not necessarily the number who would vote for impeachment at this point.

The 218 figure, meanwhile, comes from the constitutional requirement that the House can “impeach” a president or other federal official, with a simple majority — meaning the “rounded up” number of 218 of its 435 members (since, as we were taught in grade school, there’s no such thing as half a person).

By the way, here’s another quick reminder from your school days: Impeachment does not mean removed from office — but rather, at least at the federal level — means that a “trial” in the Senate begins to determine whether an official should be removed from office.