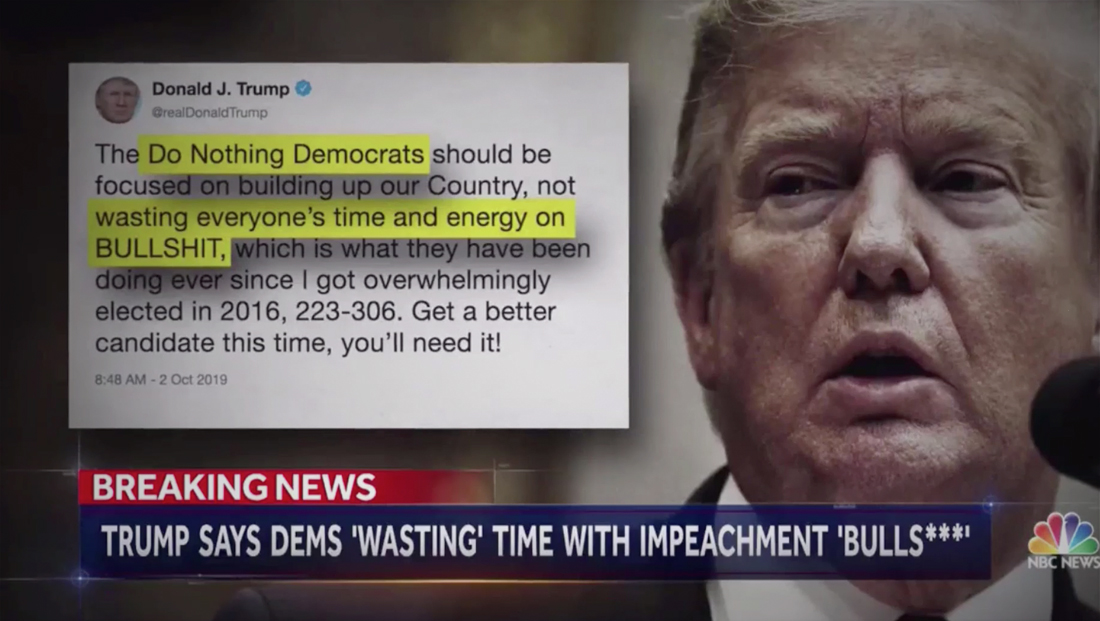 The big three networks were faced with how to handle yet another statement from Donald Trump with obscene language.

Back in January 2018, in reporting on a meeting where Trump reportedly referred to immigrants from “shithole countries,” NBC News opted to use the word both on screen and audibly once for context.

This time around the network didn’t have its correspondent utter the word, but did put it up on screen.

“We have to warn you the president used some obscene language,” said anchor Lester Holt before tossing to Peter Alexander’s package.

“CBS Evening News” suffered a graphical glitch introducing the story, showing anchor Norah O’Donnell next to an image of a deadly plane fire that some have compared to the proverbial “Dumpster fire” before a drought graphic popped up on screen inexplicably.

O’Donnell mentioned the tweet, referring to the word as “B.S. — his words — using the long form.”

In a corrected version, the network showed an excerpt from the tweet with the letters “hit” starred out.

“ABC World News Tonight” showed part of the tweet in an on-screen graphic but starred out the last three letters in “bullshit” and the voiceover only used the word “bull.”