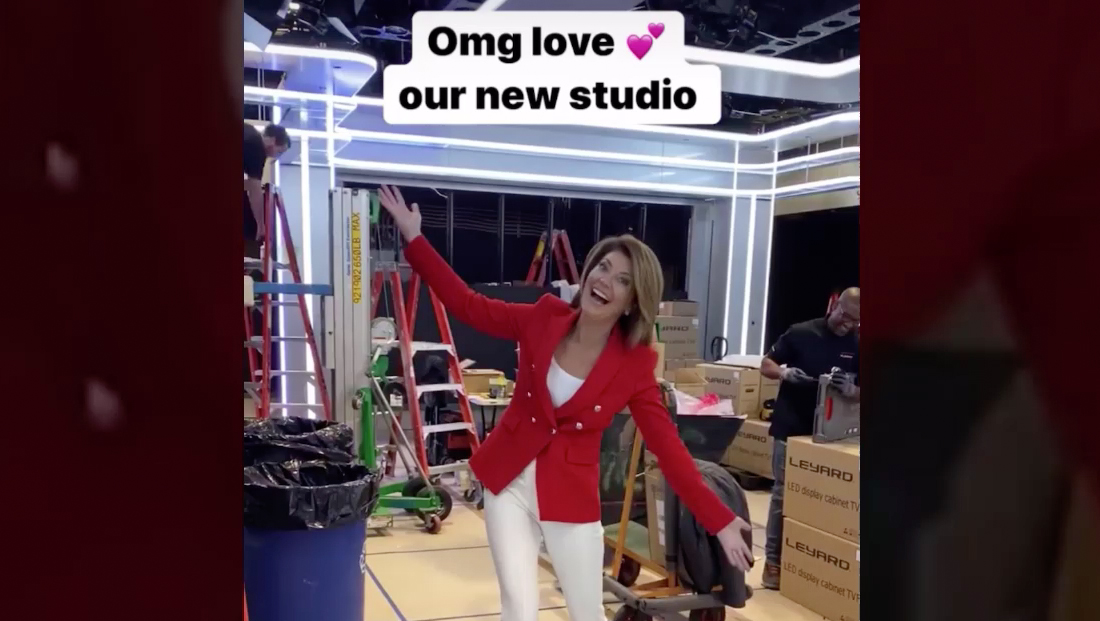 “CBS Evening News” anchor Norah O’Donnell had some fun with the color changing lighting in the show’s still under construction new studio.

In an Instagram Story she posted Oct. 18, 2019, O’Donnell, in true Elsa from “Frozen” style, dramatically points to parts of the set “triggering” the studio’s color changing LED effects.

In the clip, silver clad walls with edge lit header and column accents are visible, along with open spaces in the walls that appear to be prepped for video wall panels.

The space also features a square header element with edge lighting as well.

CBS announced plans to move “Evening News” to Washington, D.C., as part of a transition that included replacing anchor Jeff Glor with O’Donnell.

At the time, the network reportedly began scouting locations for a standalone studio for O’Donnell, but changed direction and decided to use its existing space.

“Face the Nation” moved out of the studio in September, setting up in a skybox style temporary studio near Capitol Hill.

Sources say the new set will be home to both “Evening” and “Face the Nation.”