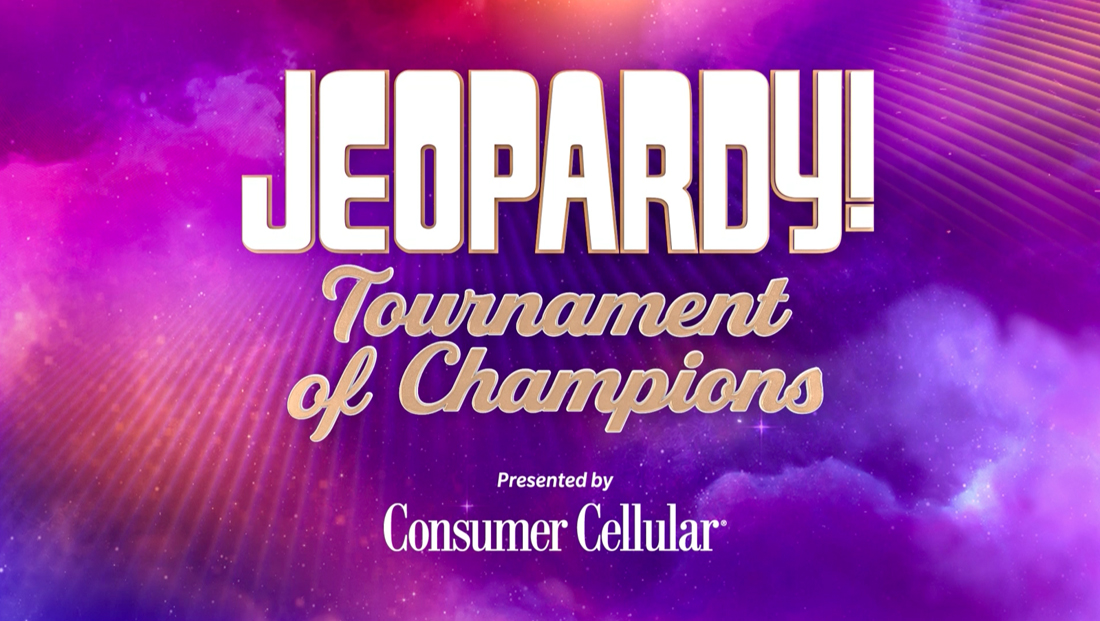 Syndicated game show “Jeopardy!” has stuck with the rotating selection of three opens for its annual Tournament of Champions but did update the title card at the end.

The show, which typically redesigns its graphics each season, debuted a new look from Gameday Creative when Season 36 debuted earlier this year.

Last season, used the same open for normal games but switched things up for some tournaments, including the Teen Tournament.

To read more about the design process that went into creating the new opens, read our profile of the project here.