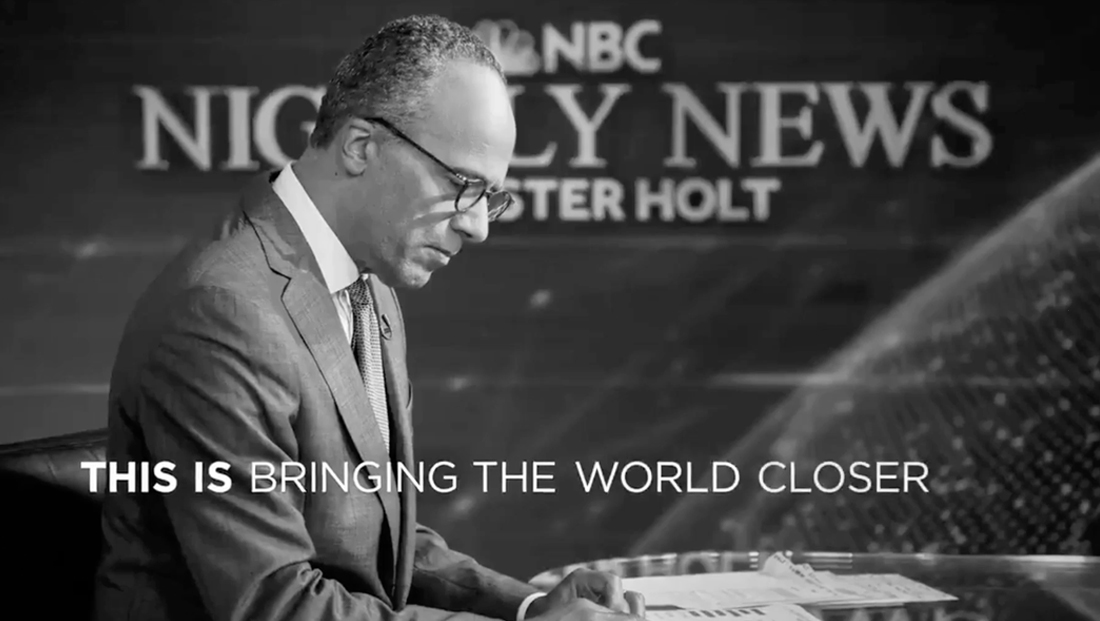 After using MSNBC’s “This is who were are” line as part of both a general NBC News promo and one for “Today,” the theme is now being used for an “NBC Nightly News” version of the news promo.

In this version, which features anchor Lester Holt, the lines are “This is it” (which was also used in the “Today” version), “This is being where it matters,” “This is seeing the bigger picture,” “This is a force in the field” and “This is bringing the world closer.”

Of course, it ends with “This is who we are” and the NBC News logotype and peacock.

The phrase “This is” is used in the show’s open — the announcer says “This is ‘Nightly Nightly News'” though it’s not quite as commonly associated with the show as the “But first, this is ‘Today’ on NBC” as with the morning broadcast.