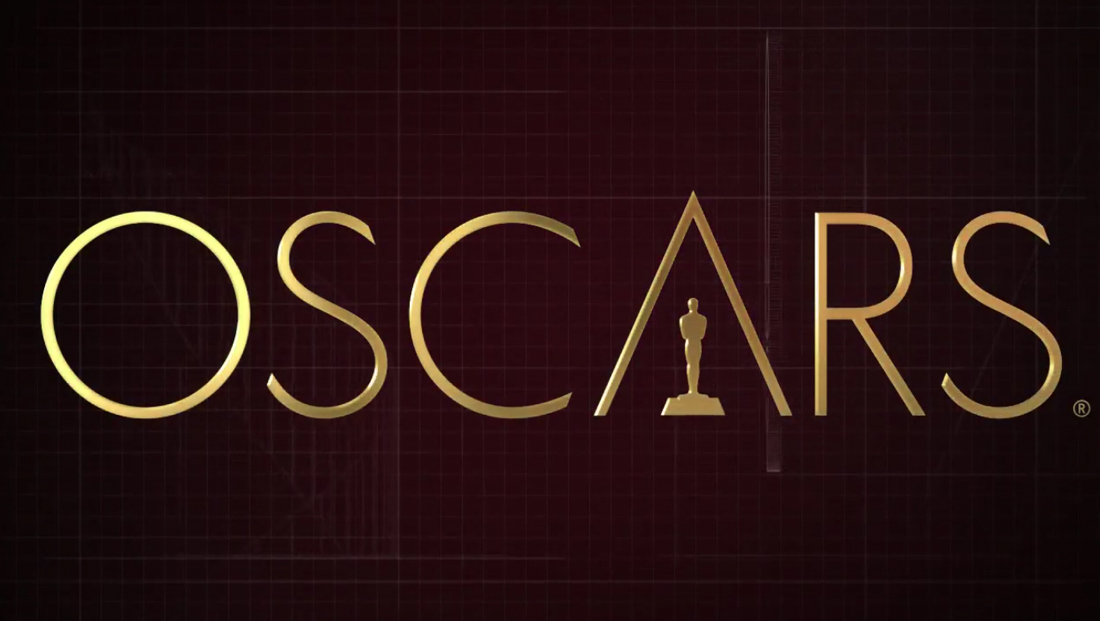 The 92nd annual Oscar awards Feb. 9, 2020, added a tech driven twist on its production design that kept the crystals and Oscar silhouette themes that have become mainstays for the awards show but added a myriad of LED panels mixed with hard scenic elements. 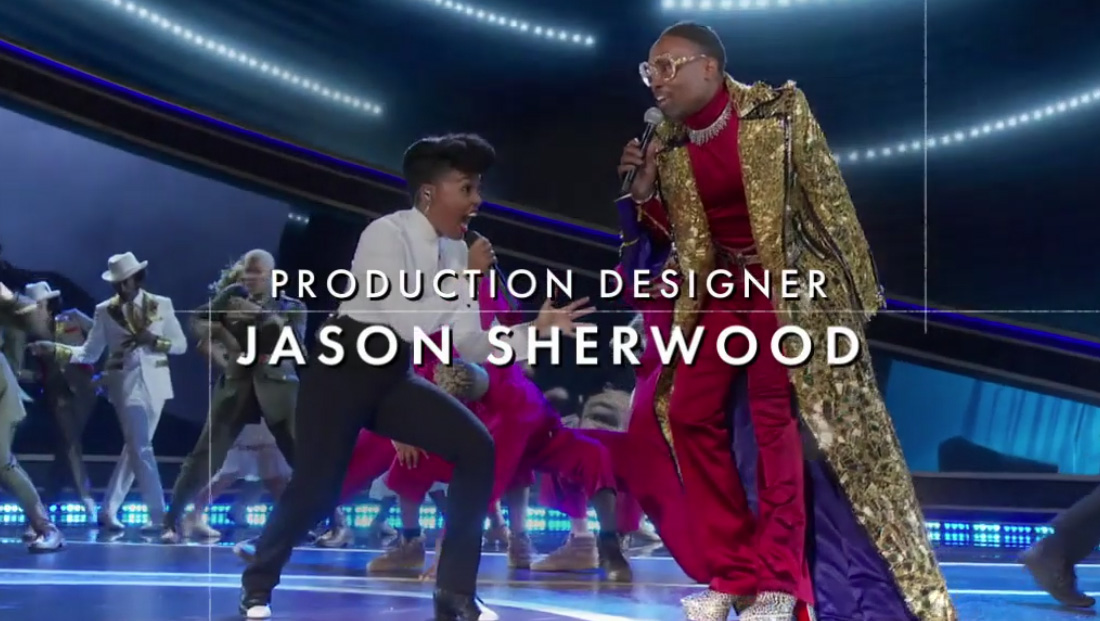 Designed by production designer Jason Sherwood, this Oscars set has switched from using the highly structural prosceniums used in the past few years in favor of curved, organic lines and textures. 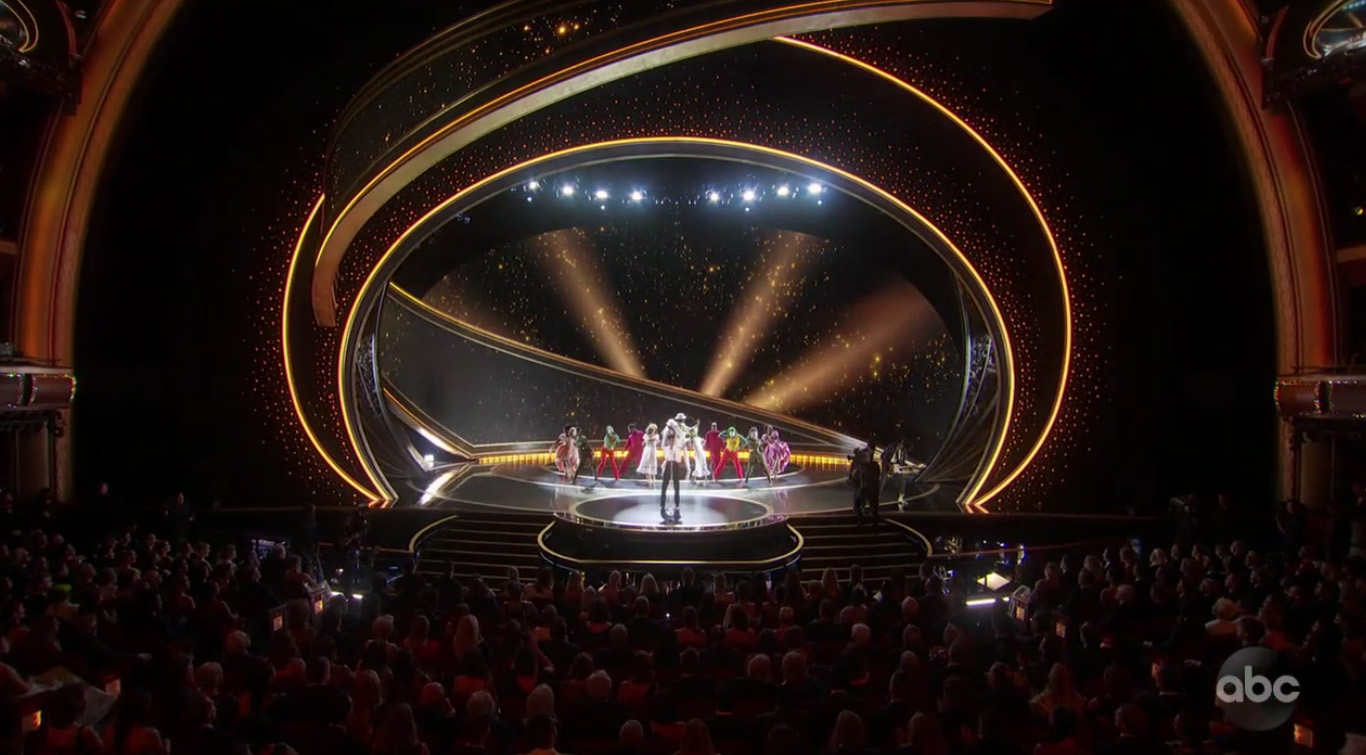 This includes a stage backed almost entirely with a massive curved video wall along with an additional angled “fan-like” segment that started high stage left until meeting the floor on near the opposite end. 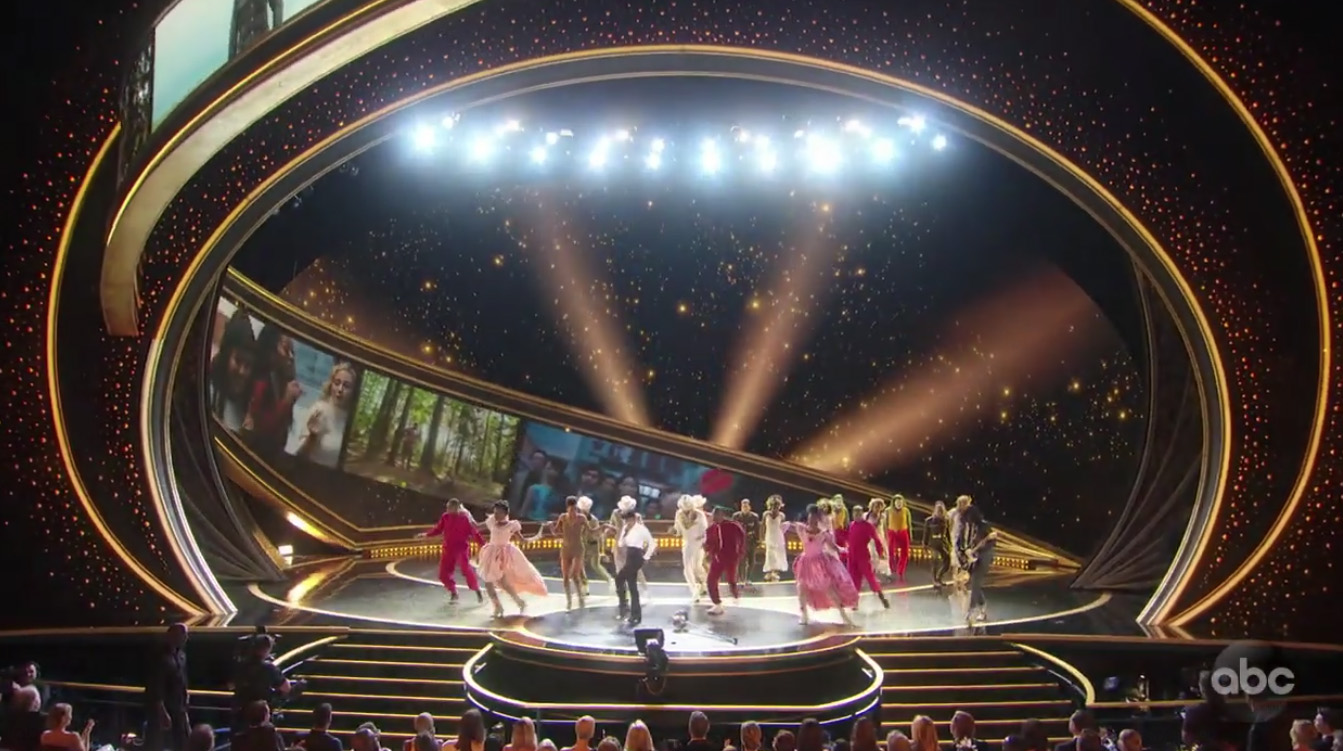 High above the stage, an additional video ribbon was installed.

Both of these LED elements could naturally be interpreted as a filmstrip, while the header one projected an air of being at the apex of the design — just like how Oscars are considered one of the highest awards in filmmaking.

In some applications, the main video wall was used to create a “virtual” set piece of a second ribbon originating higher on stage right and disappearing behind the structural one. 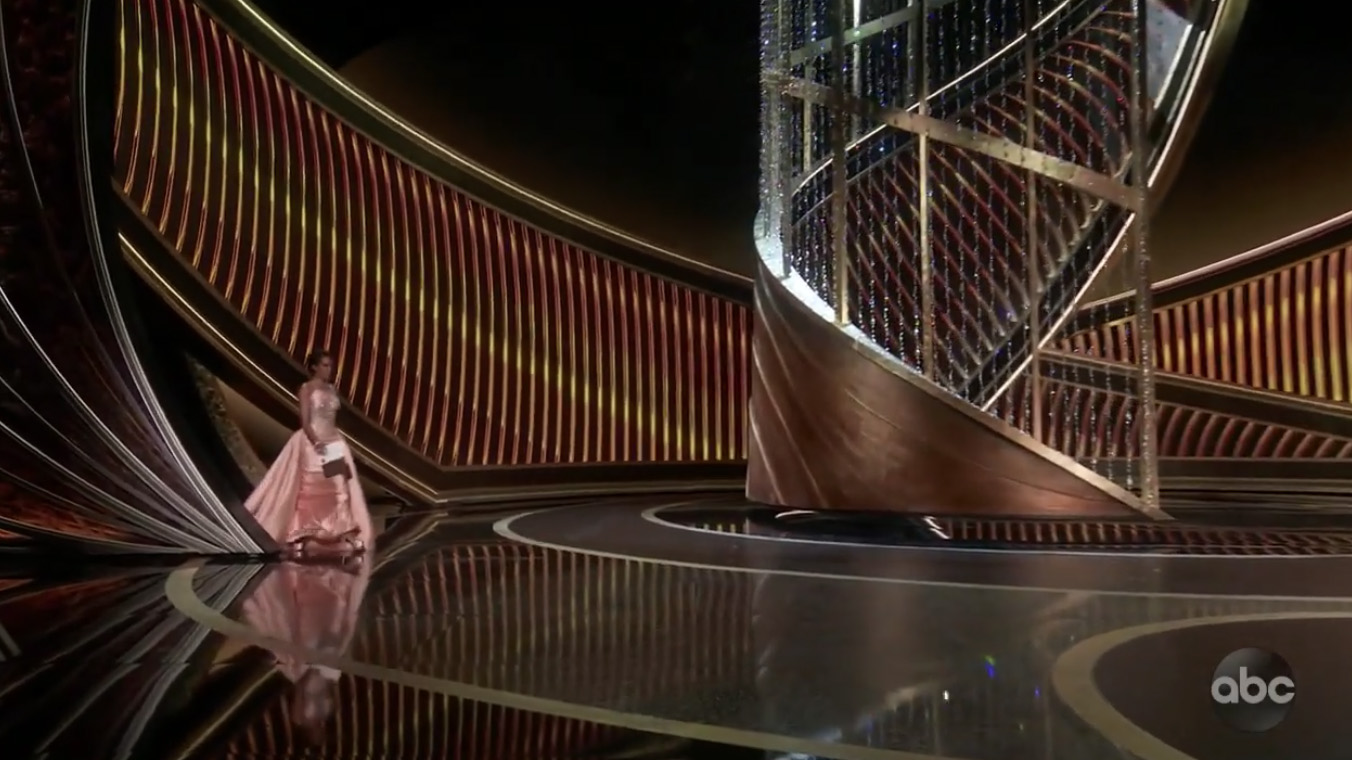 In this shot, the curved ‘fan’ to the left of the picture is a separate LED element, while the smaller portion coming from the opposite director on the right side of the screen is simulated using the LED video wall behind it.

All of these video panels were complemented by hard scenic elements, including internally lit curved frames and fly in set pieces including a rotating cylinder, open on one side, with a spiral inspired ribbon of LED on side and hard scenic backing it.

The piece, which also featured strings of Swarovski crystals, a continuation of the partnership between the company and the academy, could rotate, giving producers a wide variety of background configurations. 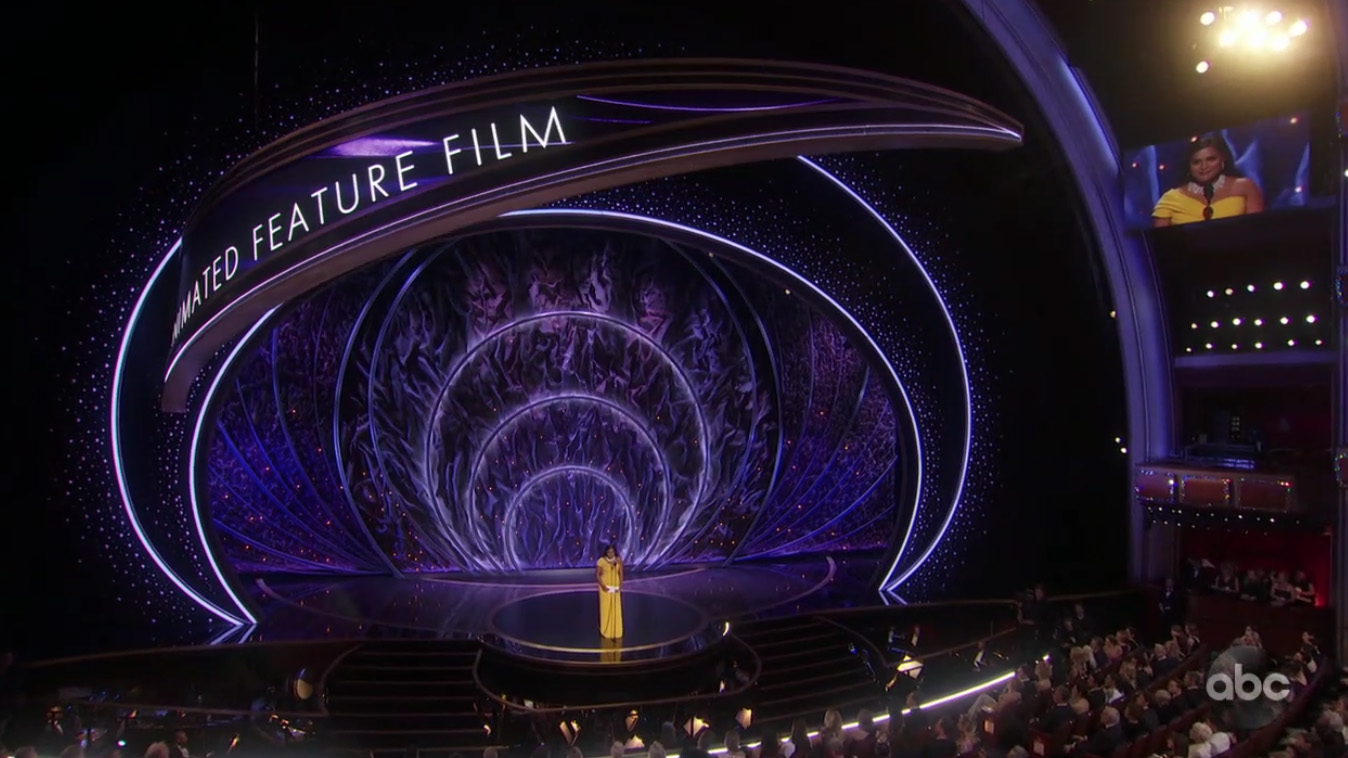 Other elements included large backgrounds pieces and curved elements with a textural look for ruffled fabric that could be dramatically lit in a variety of ways.

There was also a huge span of suspended crystals that could could over the entire width of the stage and, thanks to the LED panels behind it, be used to showcase a glowing gold Oscar statuette.

It’s worth noting that the generous use of massive curved video walls is also becoming a common filmmaking technique that can be used as an alternative to green or blue screen shooting.

These are often driven by software that allows the environment fed behind the action to be moved within the 3D space and tie in to actors and real set pieces used during filming.

Of course, this isn’t the first time LED video panels have been used during the Oscars or any other awards show, but it’s one of the largest scale implementations seen to date.