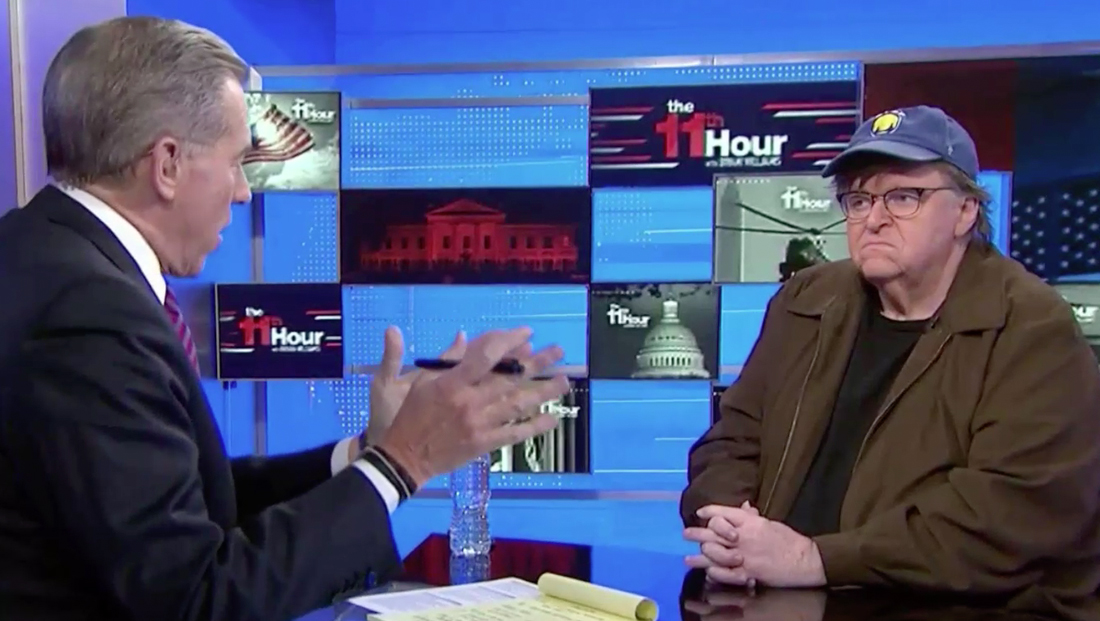 MSNBC shuffled things around Friday, Feb. 28, 2020, ahead of its coverage of the South Carolina Primary.

The moves were presumably done to allow the network to prepare the MSNBC side of Studio 3A for South Carolina Primary coverage Saturday as well as the upcoming Super Tuesday races.

MSNBC shows “The Rachel Maddow Show” and “The 11th Hour,” which usually originate from the MSNBC side of Studio 3A, broadcast from the enclosed “NBC Nightly News” set on the opposite side of the space starting Friday.

All three shows typically make use of the corner of seamless LED video wall MSNBC installed in 2016.

Host Rachel Maddow sits in front of a red, white and blue geometric and cityscape background accented with topical graphics while “11th Hour” anchor Brian Williams typically sits in front of a simulated view of the exterior of Rockefeller Center.

When “Morning Joe” host Joe Scarborough and Mika Brzezinski are in New York, they also use that side of the space with simulated Washington, D.C. background imagery (when one or both aren’t in NYC, guests based in the city panel are typically set up in corner as well).

Neither Scarborough or Brzezinski were in New York Monday, so only guests were on set in Studio 3A — using both the studio’s wide seamless video wall and the “jigsaw” array of LED panels as backgrounds.

Maddow, meanwhile, was set up on the opposite side of the “Nightly” set in the “vista” video wall alcove used to simulate her normal background.

“Deadline: White House,” which also typically uses the MSNBC side of the space to display simulated views of Washington, D.C., moved to the NBC News newsroom set, known as Studio 4E, on Feb. 28.

NBC News, meanwhile, is using Studio 6A, the former home of “Megyn Kelly Today” as its 2020 election headquarters.

The redecorated space debuted ahead of Super Tuesday on “Meet the Press” Sunday, March 1.