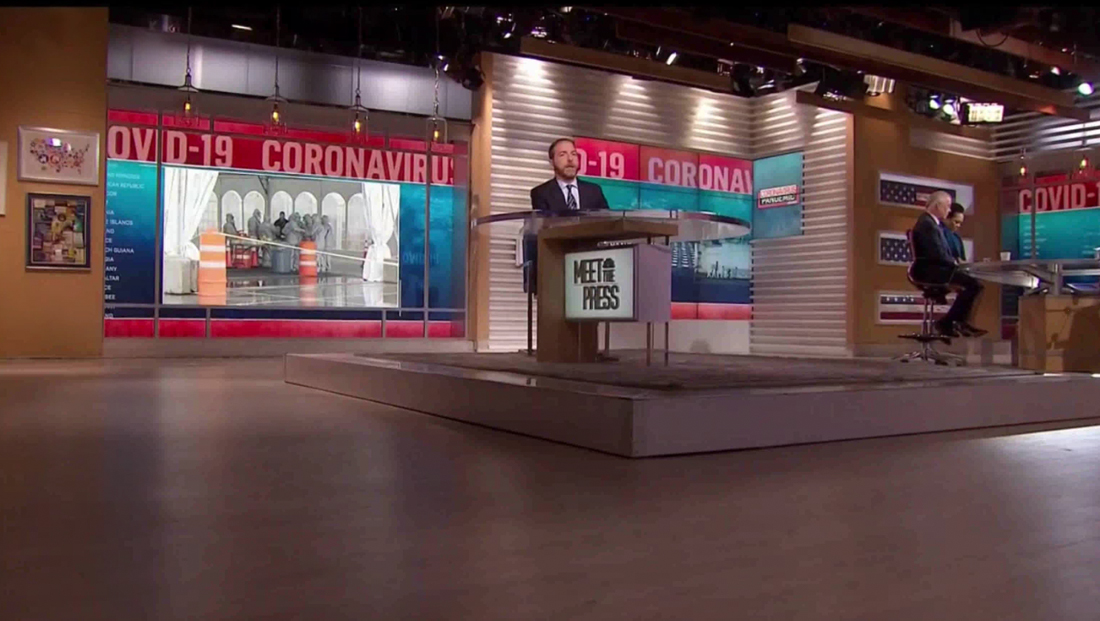 The Sunday morning public affairs shows offered up coverage of the political angle of the coronavirus pandemic in full force March 15, 2020.

“Face the Nation” shed its normal open for an almost 360-degree handheld shot of moderator Margaret Brennan standing on the studio’s video riser with topical graphics and maps appearing on the video walls behind her.

ABC News‘ “This Week” originated from Washington, D.C., with Jonathan Karl serving as anchor and moderator.

Although not a political affairs show, CBS News’ “Sunday Morning” was forced to air a (mostly) rerun of its 40th anniversary edition.