‘Today’ gets its ‘windows on the world’ back 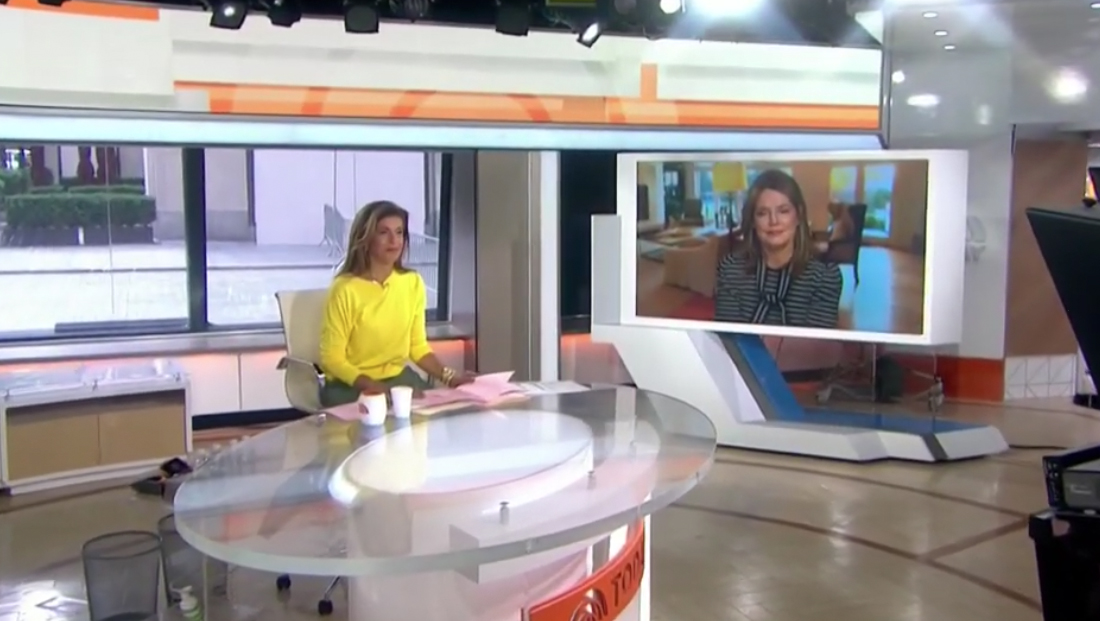 After covering the windows amid civil unrest following the alleged murder of George Floyd, NBC News removed the protective wraparound structure around Studio 1A.

On the June 10, 2020 show Hoda Kotb, who has been most anchoring from the studio solo with Savannah Guthrie anchoring from home in upstate New York, was back in the normal corner of Studio 1A with the windows overlooking Rockefeller Plaza behind her.

For several days, NBC moved the anchor desk to the opposite corner of the studio, using the 40-foot curved video wall to recreate a view of Rockefeller Center.

NBC has not yet reopened the area outside its studio to members of the public due to the coronavirus pandemic, so the area behind Kotb continues to be noticeably less active.

Normally NBC invites tourists and members of the public to stand in cordoned off areas around the windows. That practice was temporarily halted earlier in the pandemic since proper social distancing could not be practiced under that scenario.

In the interim, the opening wide shots made use of the “sunrise” logo sculpture located in the center of the studio, sometimes shooting through them with a jib up movement.

It’s not immediately clear when the protective barrier was removed.