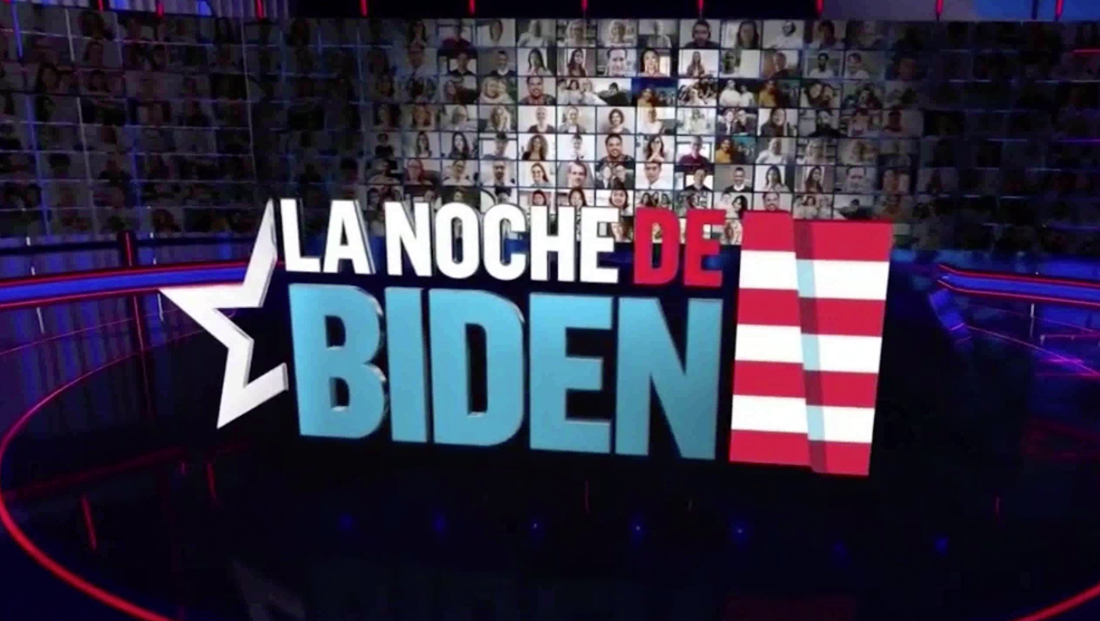 While Telemundo stuck with “Decisión 2020” (which translates, not surprisingly, to the “Decision 2020” branding NBC and MSNBC use), it added the banner “La Noche de Biden” (roughly translated to “Biden’s Night”).

The concept was repeated with Trump’s speech coverage Aug. 27, 2020.

Mostly absent was the darker “scaffolding” and “billboard” designs, though they were suggested with “flipping” effects used in the open.

The “La Noche” graphic, meanwhile, appeared in quasi-augmented reality, hovering over the center of a wide shot of the studio.

Telemundo also used the studio’s multiple video walls and panels to showcase the evening’s lineups and remote reports and guests.