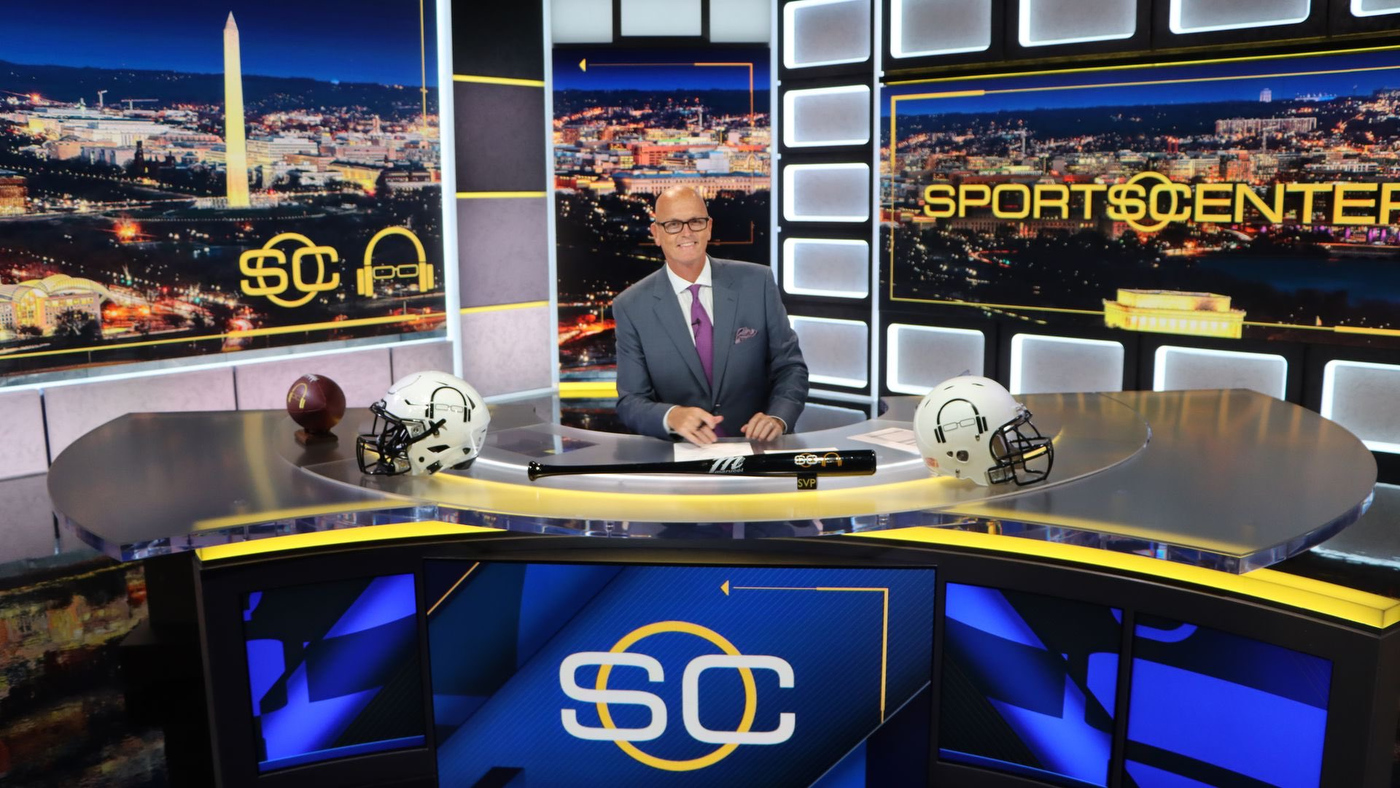 Van Pelt began his career at Fox 5 Washington, WTTG, before moving to Golf Channel and then ESPN, working out of the main “SportsCenter” Studio X in Bristol for his branded hour which debuted in 2015.

In Washington, D.C., Van Pelt’s set shares studio space with “Pardon the Interruption” at the ABC News Bureau on Desales St NW, occupying half of the studio left vacant after “Around the Horn” moved to New York City. 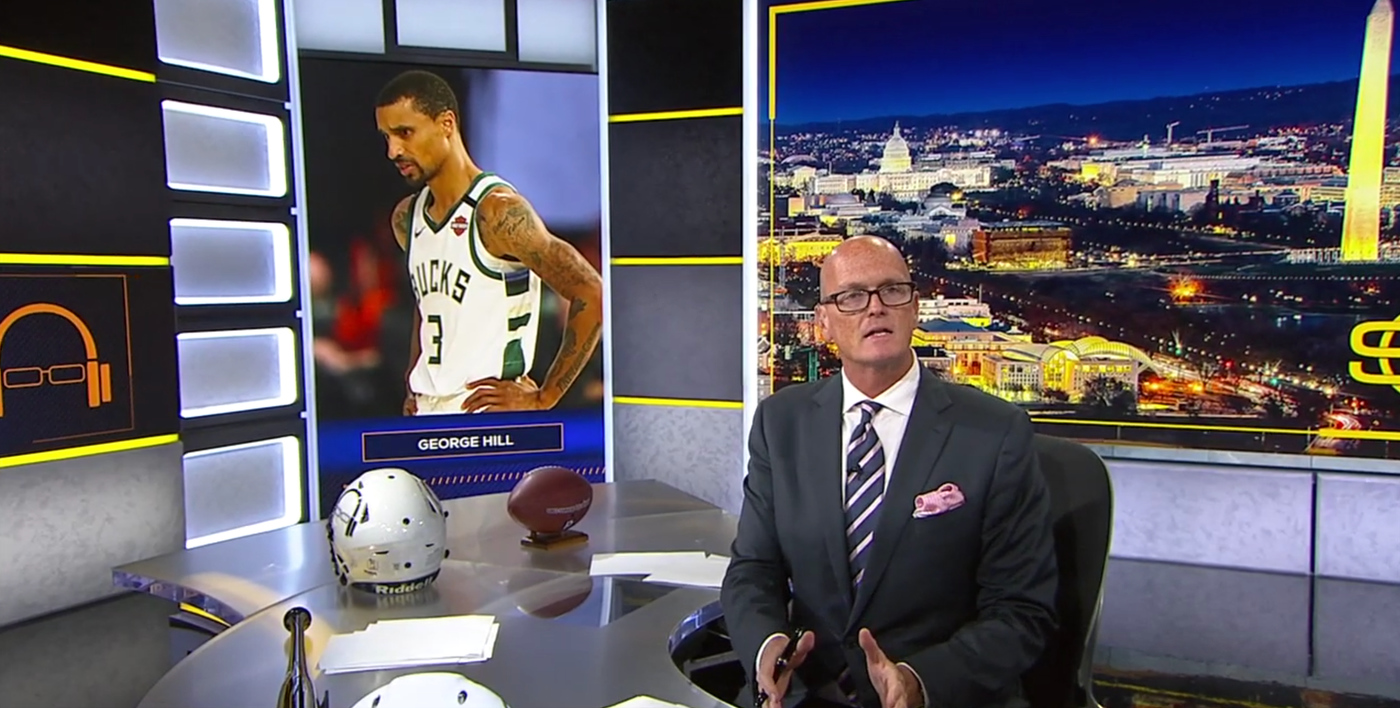 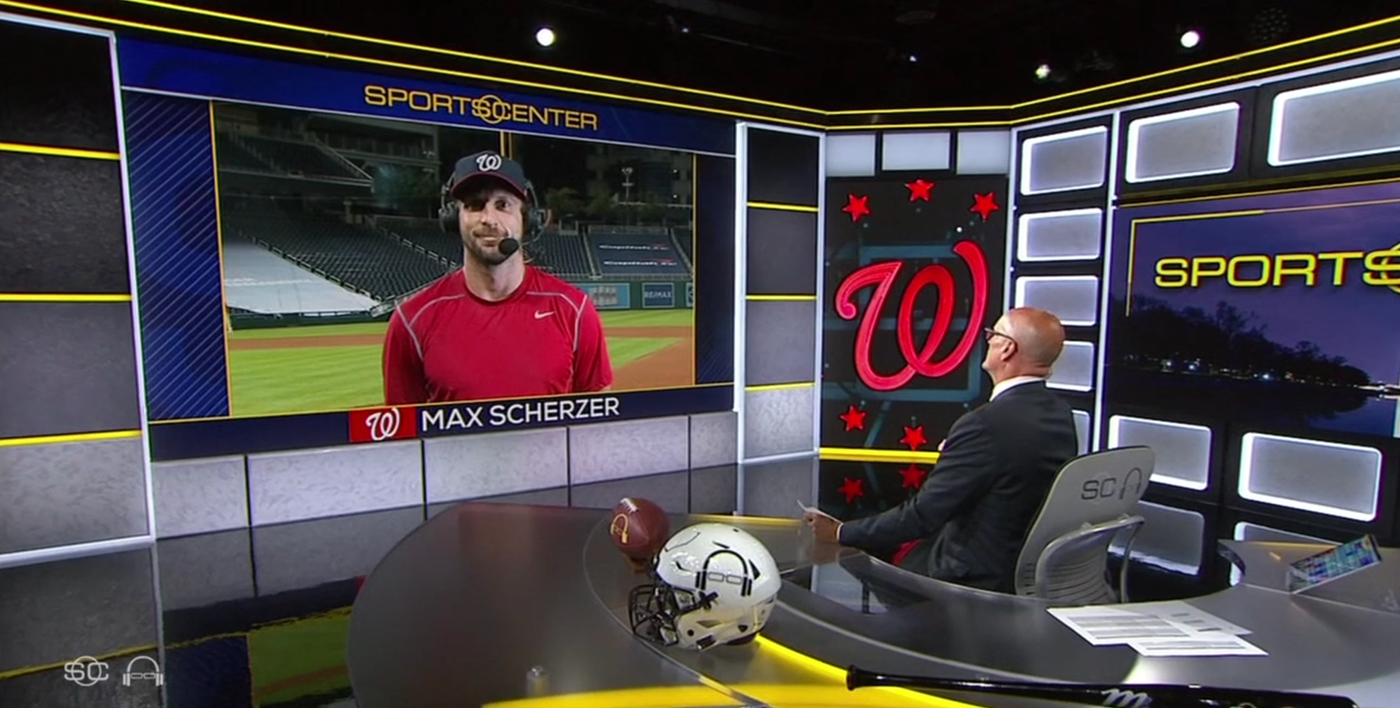 “Building upon the earlier look we created for SVP on the ‘SportsCenter’ set in Bristol, we reimagined the design to reflect DC, incorporating stacked stone pillars and the coffered ceilings of the metro DC subway system as an architectural motif around one of the large LED screens,” notes Andre Durette of Jack Morton Worldwide, the set’s designer. 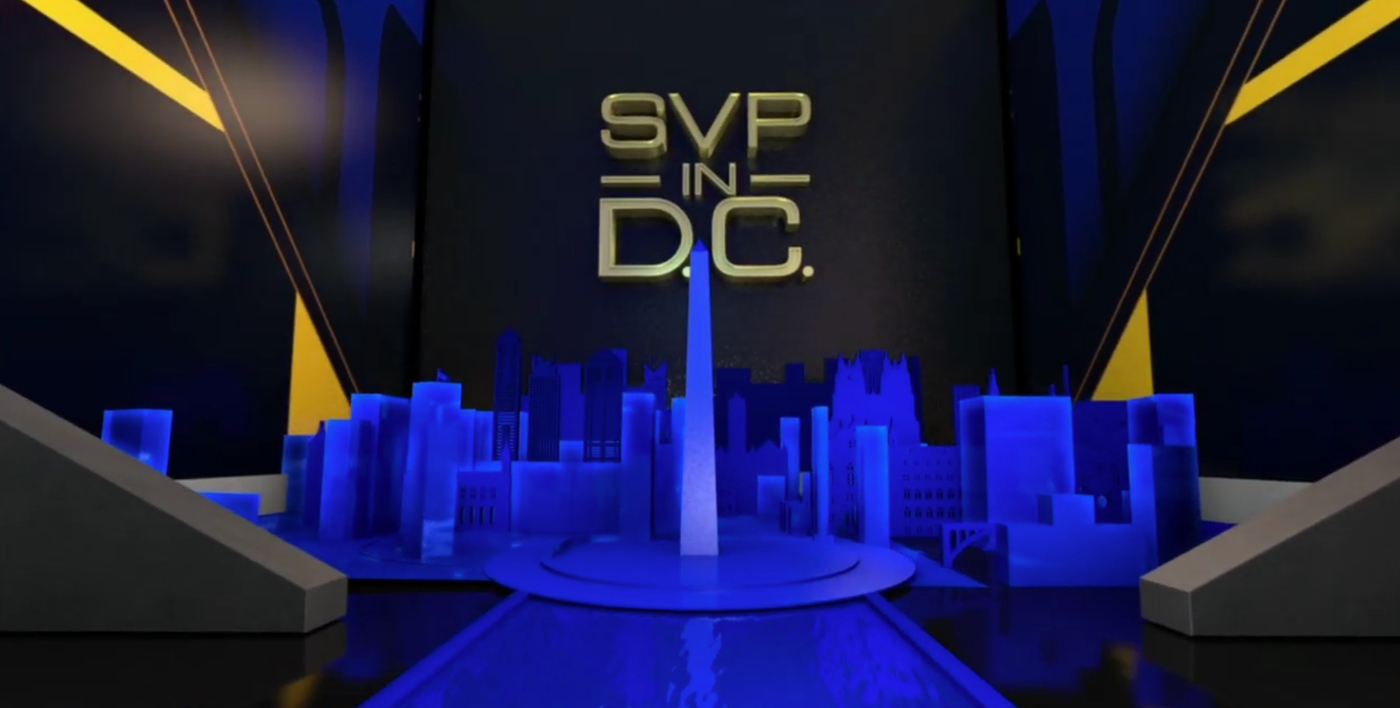 Along with the set, “SportsCenter with SVP” also tweaked its opening titles and remixed the famous “DaDaDa, DaDaDa” theme music with local band Trouble Funk.

For the set, Mystic Scenic Studios provided fabrication, with lighting by ESPN’s lighting team and technology integration from Sweetwater. The set’s 1.9mm LED is from Ledman.

Due to the coronavirus pandemic, Van Pelt’s staff in Washington is limited with the majority still at ESPN’s campus in Bristol. Production control for the show also remains there using the network’s REMI workflow model.