Networks keep their looks on track for VP debate coverage 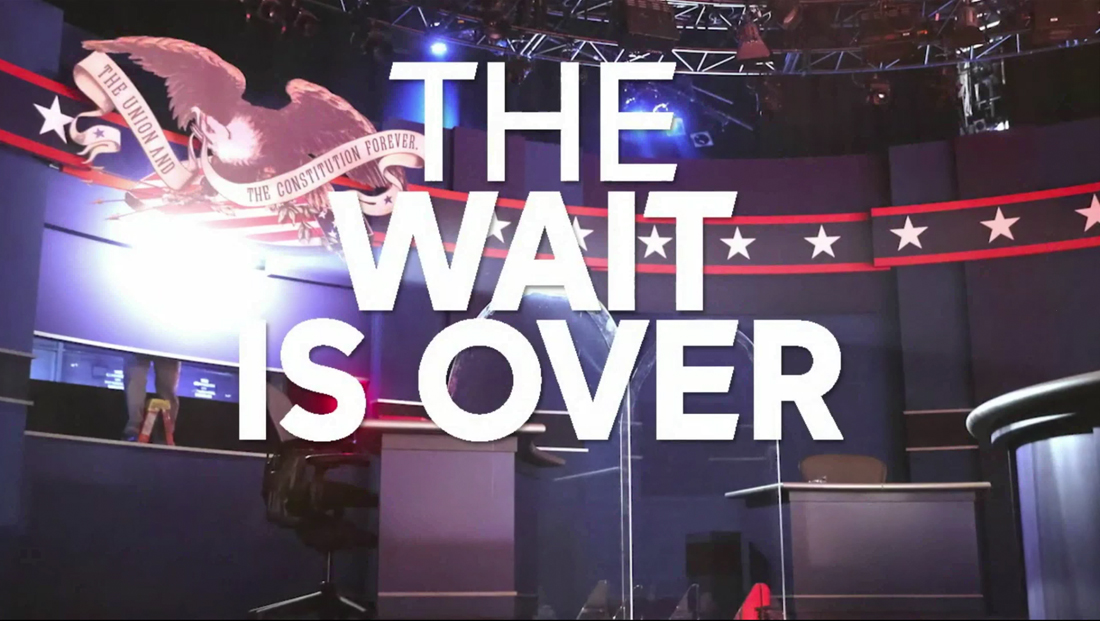 For live coverage of the first and only vice presidential debate in 2020, all of the major broadcast and cable networks brought back their previous debate looks.

ABC News used its typical dramatic open with female voiceover and large typography, though the animated accents were mostly missing.

CBS, which introduced its new election look in February 2020, continued using the look along with an expertly edited opening montage designed to match the beast of the music.

Fox continued using with red, white and blue extruded look on both its broadcast and cable networks.

NBC News returned to Studio 1A, though used the smaller curved anchor desk used for a variety of special events and shows in the past instead of the stacked star shaped desk it has been using.

Telemundo continued to use its modified version of NBC and MSNBC “Decision 2020” look but translated to Spanish.

CNN anchored coverage from Washington and used its election look as well.

MSNBC continued its use of dramatic, handheld camera shots incorporated various video walls and panels around Studio 3A.