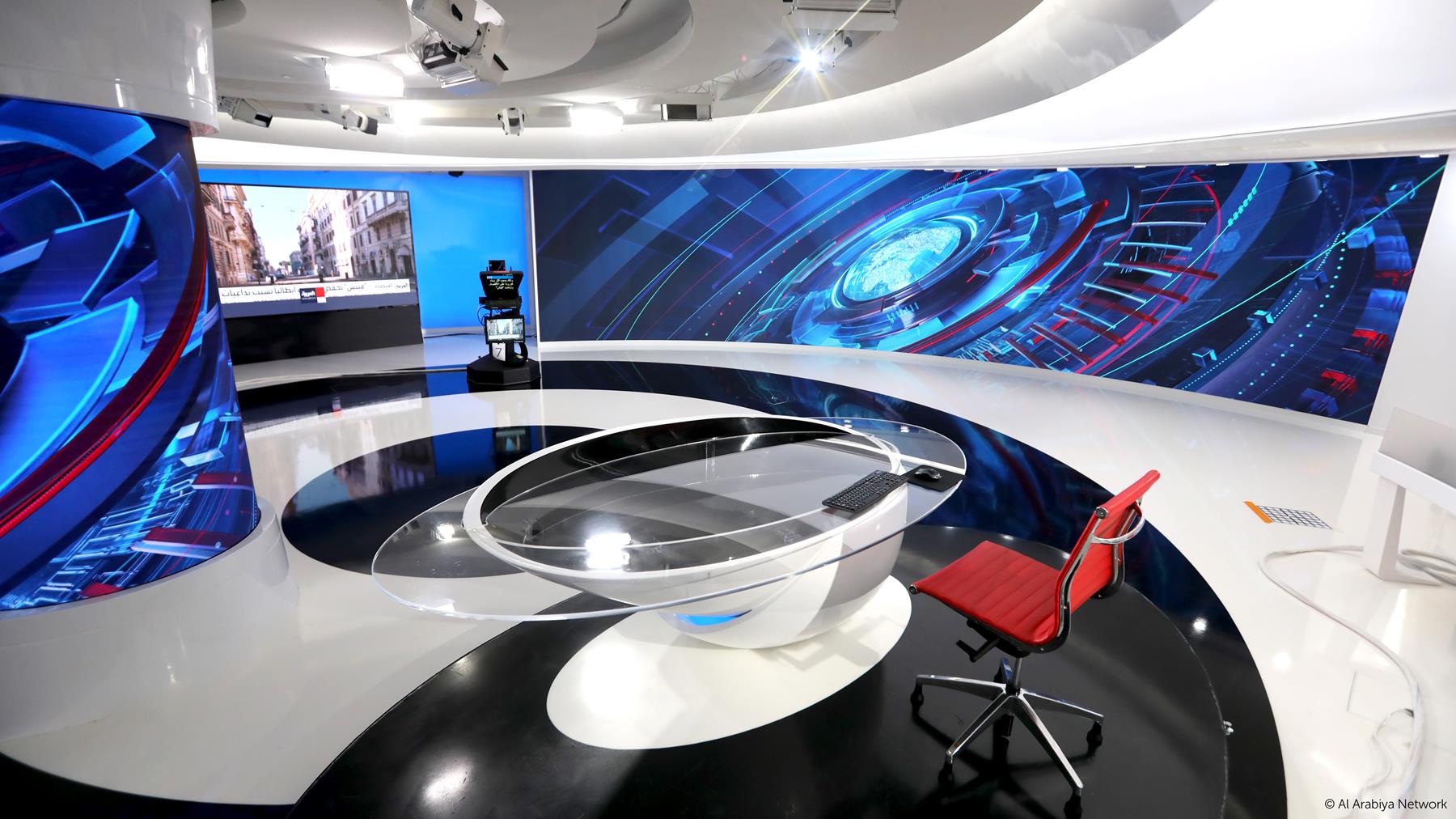 The new Al Arabiya broadcast studio that was launched in March 2020 was clearly designed to amaze audiences. The studio has an open design and integrates the direct shooting locations with the editorial workstations and office area.

When Al Arabiya decided to overhaul its studio design, they left nothing to chance to provide the best viewing experience. The vendor selection process was thorough, but after extensive shootouts and testing, Barco came out as the preferred visualization partner. 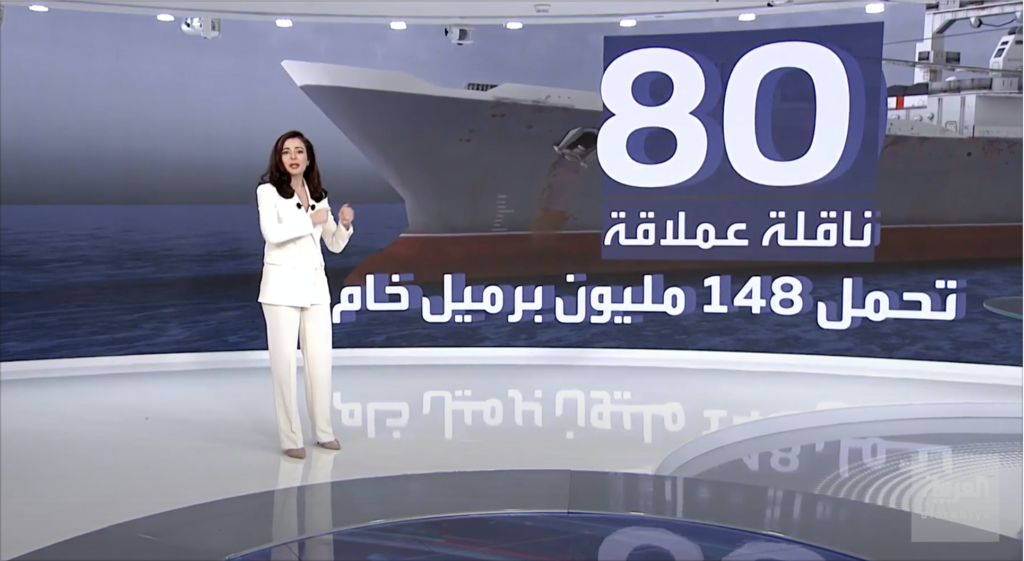 “In our new studio, it is all about the graphics,” says Fadi Radi, director of creative at Al Arabiya.

“You can see a video wall in practically any studio shot with a presenter. Certainly, in times when people have become used to hyper-realistic imagery, the video wall image quality will make or break the show. That’s why we only wanted the best of the best.”

However, bringing on-screen image quality in such a unique studio was not easy. The studio design, by Clickspring Design, features quite a few dramatic twists, and is equipped with 13 robotic cameras that travel dynamically between the two concave and one convex video walls. Making sure that the video wall colors look good on screen in any camera position was a challenge, recalls Fadi.

“We wanted consistent, high-contrast and saturated colors for our graphics across the entire studio design, and we needed them to be presented in the best possible resolution,” says Fadi.

“An additional challenge was the fact that our studio allows daylight to come in, so we needed colors that were equally stunning at night as during the day. Barco certainly has made this possible.”

The technology that drives all this color is Barco’s Infinipix image processing platform. The system is well integrated with the Vizrt video playout platform and makes sure that colors look good from all camera positions, even under the sharpest angles. 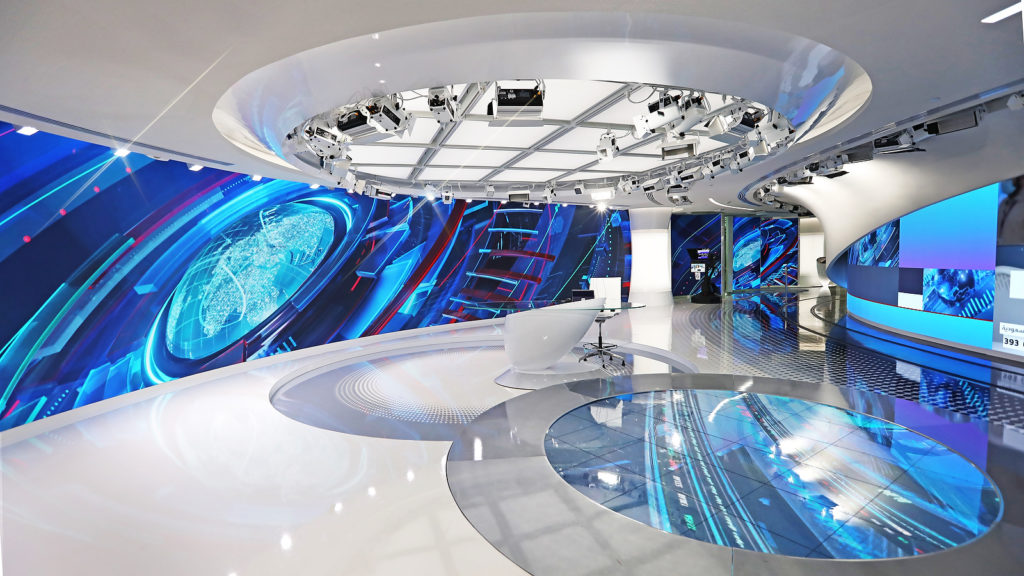 In addition, with Barco’s E2 screen management platform, the Al Arabiya production team can be as creative as they want to be. The team can develop a nearly unlimited amount of content templates to cater for their 24/7 program schedule and it has the ability to easily change the mood of the studio and adapt its graphics compositions to the show requirements.

“Barco technology offers us so many creative options,” says Fadi. “One technique that we like to use for example is the virtual window, a moving camera with graphics that move in the same direction of the camera, based on optical tracking. Thanks to Barco’s image processing this can all be done in perfect resolution, and with no sign of jittering or glitching.”

By opting for LED technology, which has limited depth, the studio space could be used in the most optimal way. This was especially critical for the area where two of the video walls face each other at a short distance and where the robot camera needed to move in between. Another way of saving valuable studio space was the possibility to service the Barco LED tiles from the front. This way, Al Arabiya did not need to make room for a service area in the back.

In its 15-year long relationship with Al Arabiya Network, Barco has always relied on its local partner Intertech to bring its visualization solutions to the end customer. Also here, they were the preferred partner for solution design, installation, testing and commissioning. In their combined history, Barco and Intertech have installed more than 20 studio installations. Thanks to 24/7 support and 3-hour response time, Intertech has managed to guarantee 99.9% uptime for its installations.

Intertech also proved to be willing to listen to customer needs. During the project design stage, Al Arabiya was concerned about the weight of the LED backdrop displays. To meet the customer requirements, Barco and Intertech managed to provide a tailor-made solution to reduce the total weight of the display.