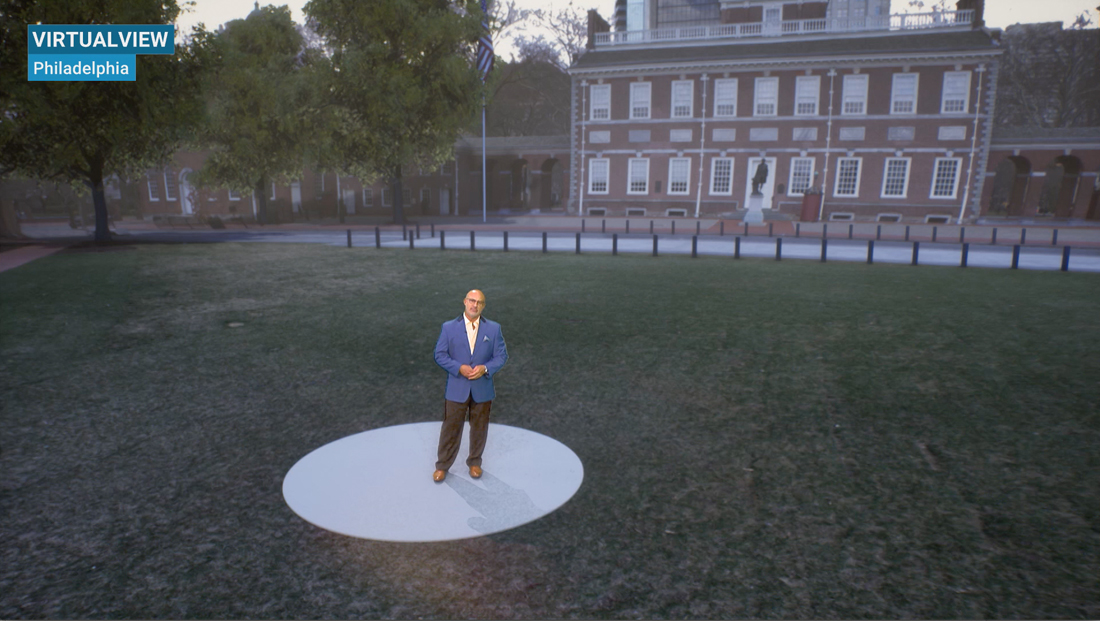 The Weather Channel added to its immersive mixed reality arsenal with Virtual Views starting Oct. 21, 2020 with Stephanie Abrams appearing inside a computer recreation of downtown Miami.

Virtual Views build upon the Weather Channel’s impressive array of IMR technology that fall into two categories: The first is heavily preproduced explainer style videos about weather threats and phenomenon.

The network has also been using “IMR Weather Studio” segments to put a new spin on traditional flat video wall or chroma keyed weather maps and graphics — such as by presenting the seven day as cylinders emblazoned with key weather data and atmospheric conditions floating above small models of the studio “on top” of the cylinders. 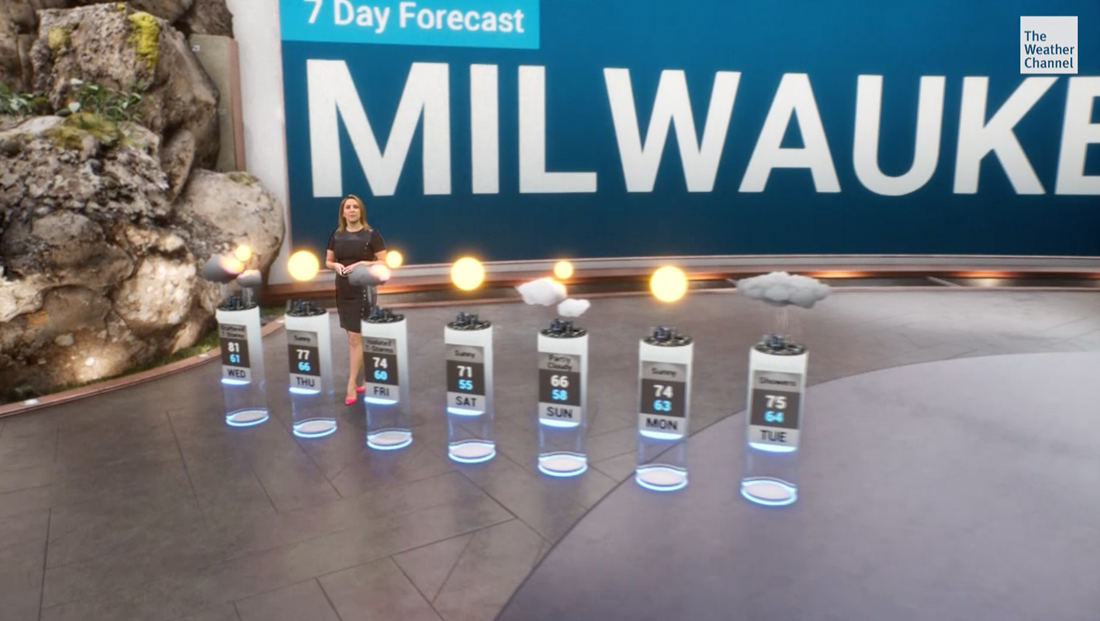 All of these segments take place entirely within a virtual environment — that is designed by Myreze to look like a large and high tech outdoor area that can have the scenery beyond updated to showcase weather conditions or cities.

Segments can also include “floating” elements such as smaller frames showcasing weather maps or data.

All of these segments can trace their roots back 2018 when the network announced a partnership with The Future Group, but The Weather Channel has since brought production in-house.

The new technology allows on camera meteorologists can be virtual “transported” to various virtual environments representing highly realistic cities — often with a major landmark or attraction in the background.

For example, severe weather in Philadelphia could call for the network to transport a forecaster outside of Independence Hall in the city of brotherly love, where they stand on the now traditional circular silvery “stages” as virtual rain (or other weather) falls around them. 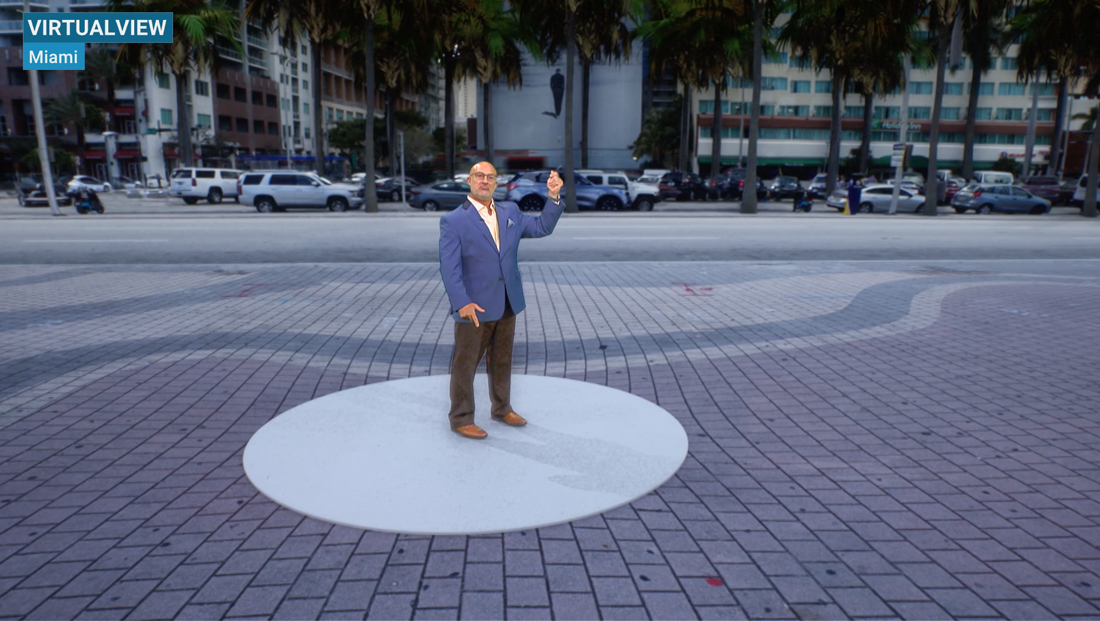 Then, in an instant, the forecaster can find him or herself in Miami where the weather is sunny.

All of this has been in the works for about a year, according to the network.