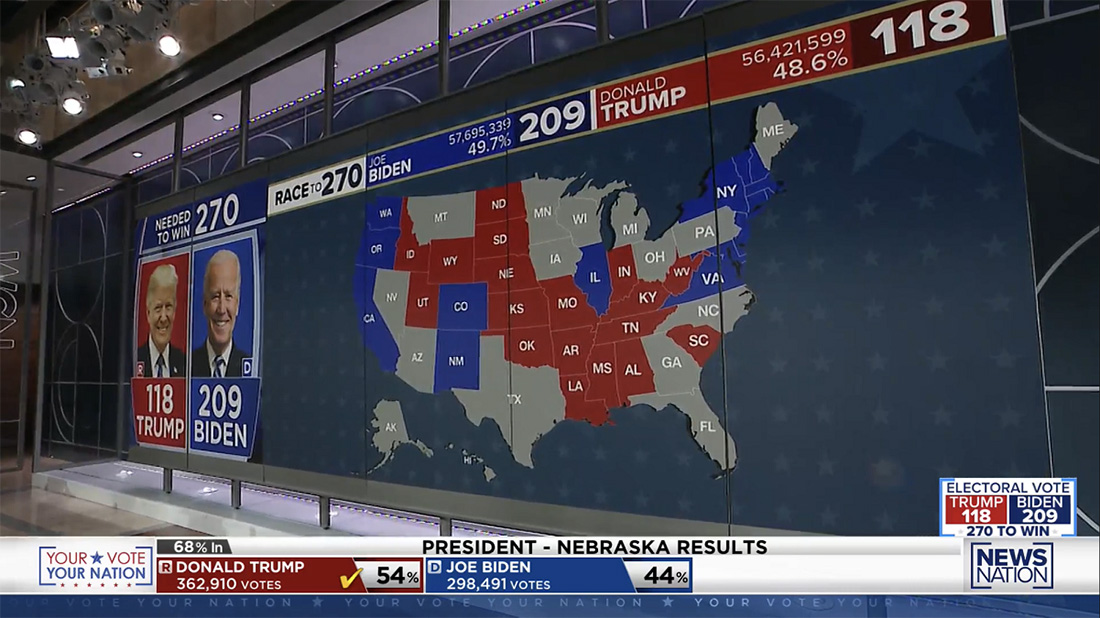 “We’ve been creating elections graphics packages and workflows for many years now,” said Jim Doyle of Rocket Surgery in a release.

“It’s all about providing tools that take the data produced during elections and use it in a way that enhances storytelling, helping viewers understand results in a highly visual and engaging way.”

“We’re now able to create some impressive and realistic effects that feature maps of the country, virtual legislative chambers, political party heat maps and so on, and we’ve brought these into the studio either as augmented reality graphical elements or rendered them on large LED walls in the studio using XPression.” 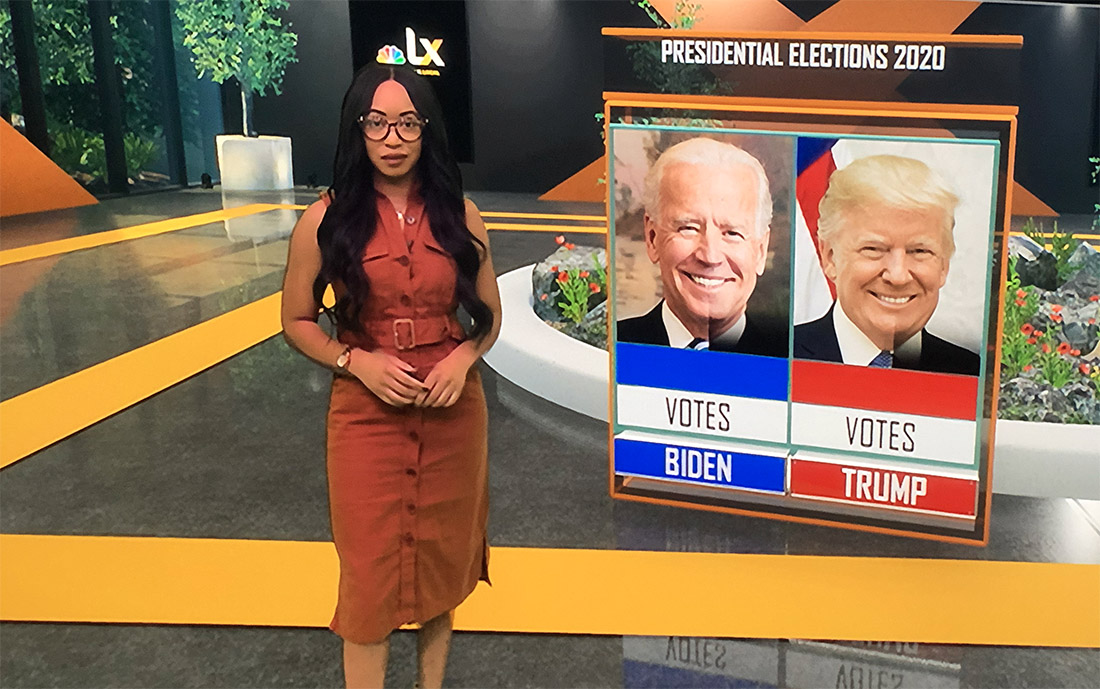 “The creative tools we use have improved a lot over the last few years as gaming engine technology has worked its way into broadcast, and that has opened up some amazing possibilities for us.”

Each broadcaster approached Rocket Surgery with different needs. At “NewsNation,” the nightly cable news program that launched in September, Doyle and team were able to deliver a touchscreen LED display.

“Their support was beyond our expectations. The augmented reality was produced professionally, and the team were very supportive during our election coverage. Once again, thanks for all the great work,” said Osvaldo Linares of Telemundo Puerto Rico.