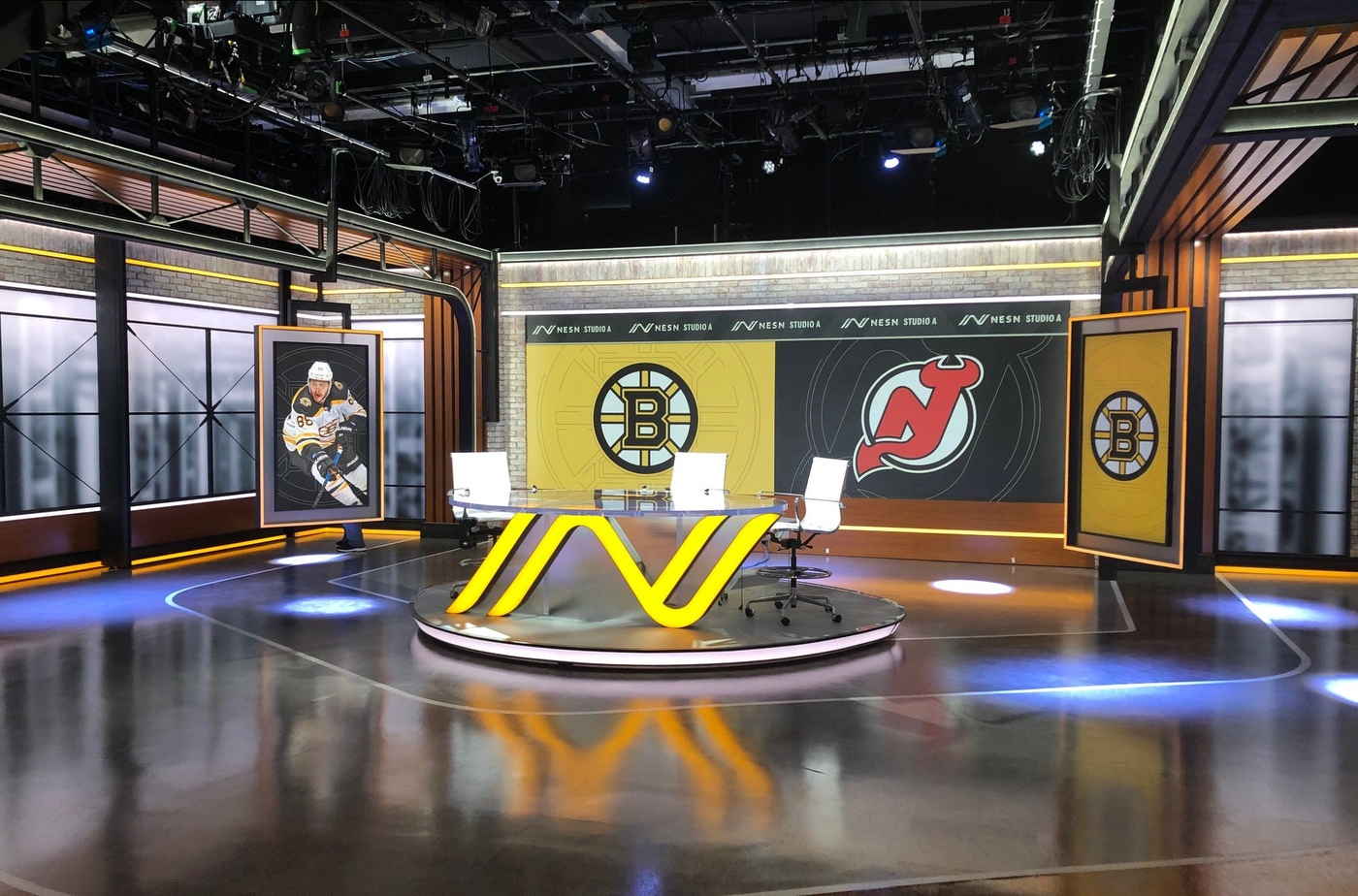 New England Sports Network, branded on-air as NESN, has unveiled a new 4K, HDR-enabled studio in time for the 2021 NHL season, which begins for the Boston Bruins on Thursday, January 14.

At 2,500 square feet, the studio will serve as the home of “Bruins Face-Off Live” and features six distinct LED displays around the space.

“The studio renovation is one of the final elements in our plan to deliver a 4K/HDR broadcast in 2021. Continuing our tradition of being the first to introduce cutting-edge technology, we are excited to bring New England fans closer than ever to the games they love,” said NESN president & CEO Sean McGrail.

At 20×7 feet, the largest LED display is directly opposite the anchor desk, spanning the studio, with a 14×7 foot display behind the desk.

NESN debuted its current logo design in fall 2019, part of a sweeping network rebrand. That logo design, with a flowing N shape, is the core of the network’s new desk design. 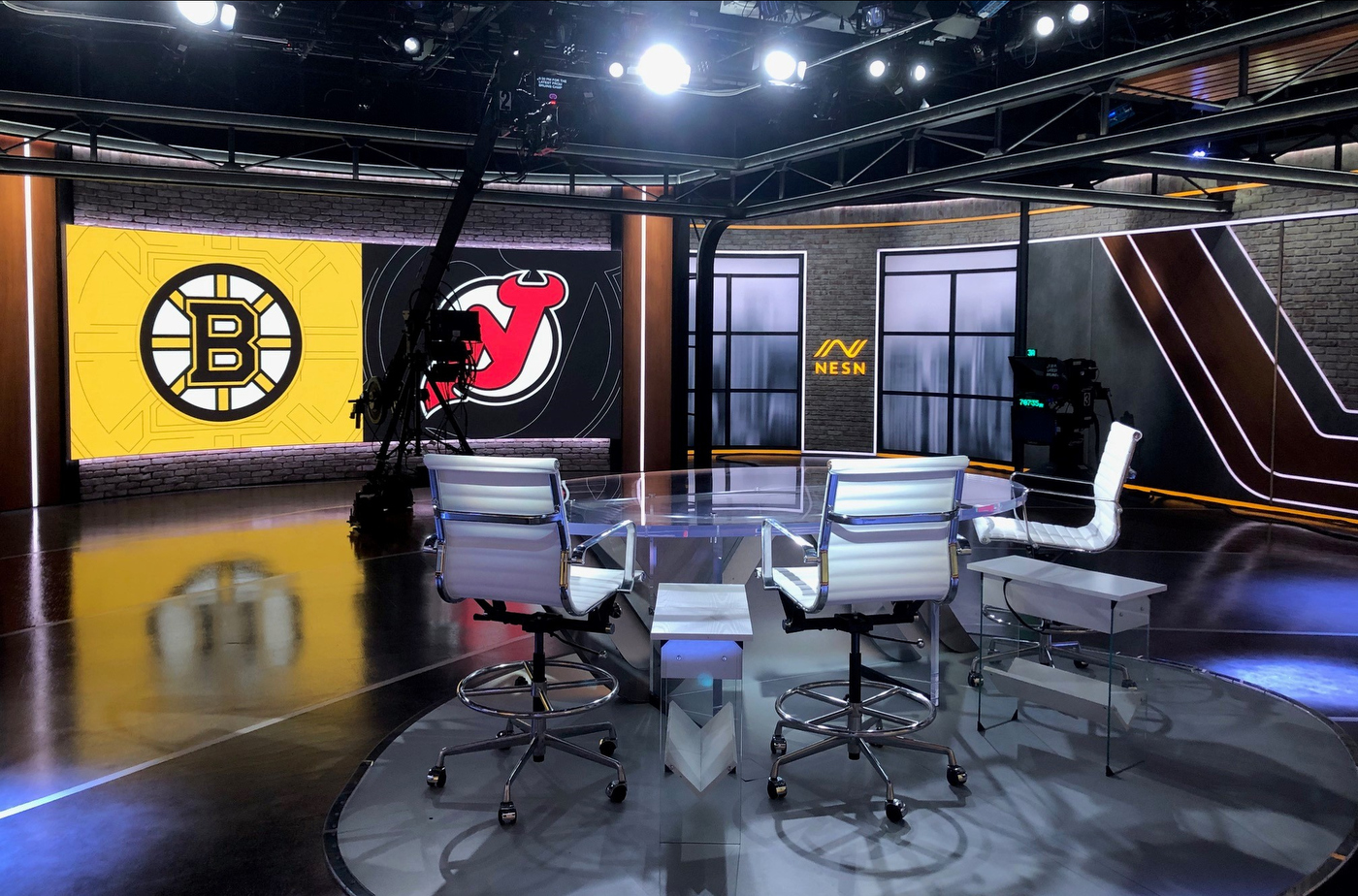 “We wanted to promote the feeling of a modern, industrial loft with light-colored brick walls, steel beams, trusswork, and window views, while allowing multiple configurations to emphasize the depth of the set and to guide focus to the content on the monitor walls,” said Evan Hill of Jack Morton Worldwide, the set’s designer.

The upgrade comes along with investment in master control and distribution, moving from a satellite-distribution platform to hybrid fiber.