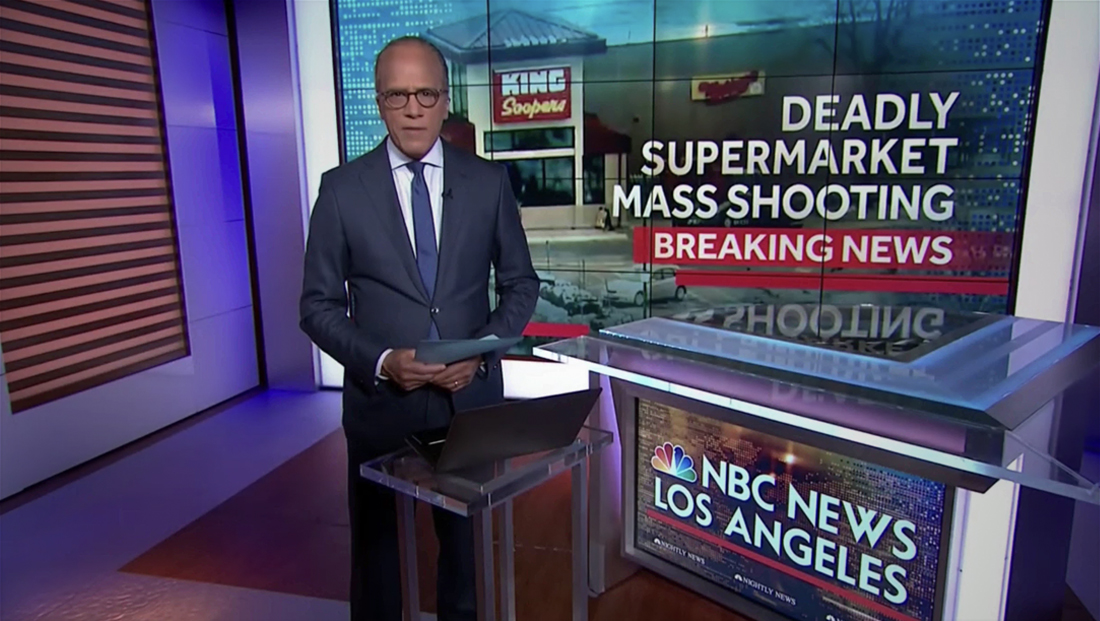 “NBC Nightly News” anchor Lester Holt was in Los Angeles Tuesday, March 23, 2021 and the show’s production and graphics team were able to create a toned down version of the video wall heavy studio he normally uses in New York. 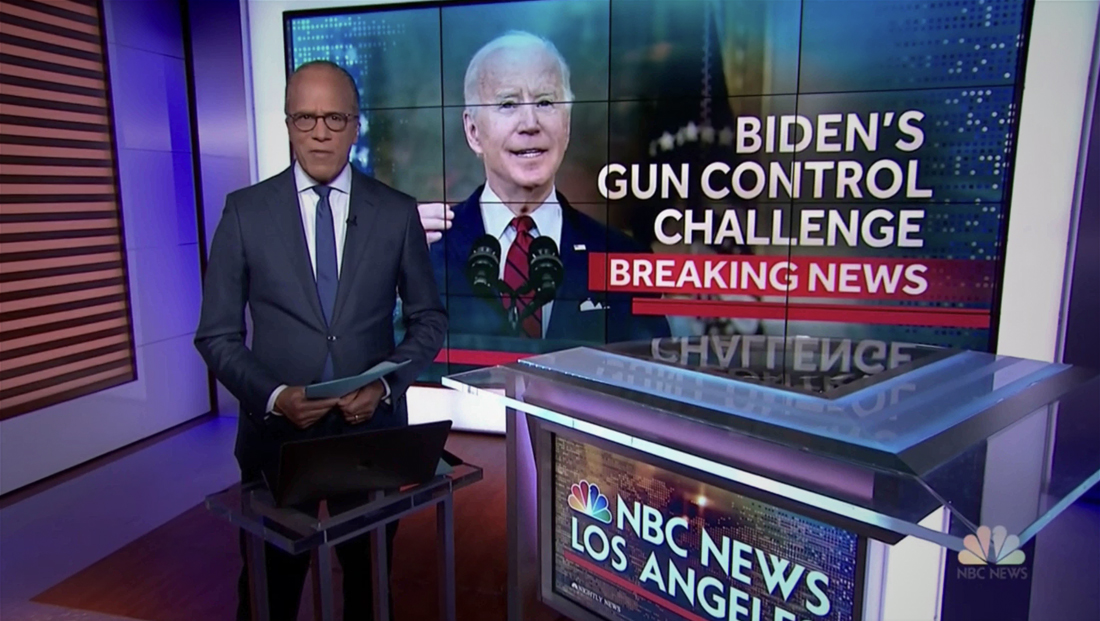 Though the camera moves were much more subtle than the floating “walk and wander” ones used in NYC, the use of multiple video walls and panels appeared to be an attempt to replicate the look the show’s been using back in 30 Rock — even during remote setups.

Back in November 2020, “Nightly” resumed broadcasting from the space formerly known as Studio 3C again after mostly being absent from 30 Rock as Holt anchored from home during much of the coronavirus pandemic.

At the time, the space was updated from its original look to have a more metallic, red, white and blue color scheme for the days following the election.

Other changes included an updated dot-style world map look for the video wall graphics and new approaches to shooting the space.

Once Holt returned to anchoring from home, the network updated the graphics fed to the large screen behind him — first with generic stills of the studio and eventually upgrading to ones that replicated the multi-screen shots and could be filled with topical graphics and headlines.

In L.A., the network moved that small anchor desk in front of the studio’s 4×4 low profile video wall, which Holt stood in front of during much fo the broadcast, his laptop perched on a small metal and glass lectern-style table.

Many stories got oversized video wall graphics, while others were relegated to the broadcast’s traditional OTS template with Holt in front of the same video wall showing a loop of the L.A. bureau’s newsroom — though Holt was not actually in front of the glass wall that overlooks the space. 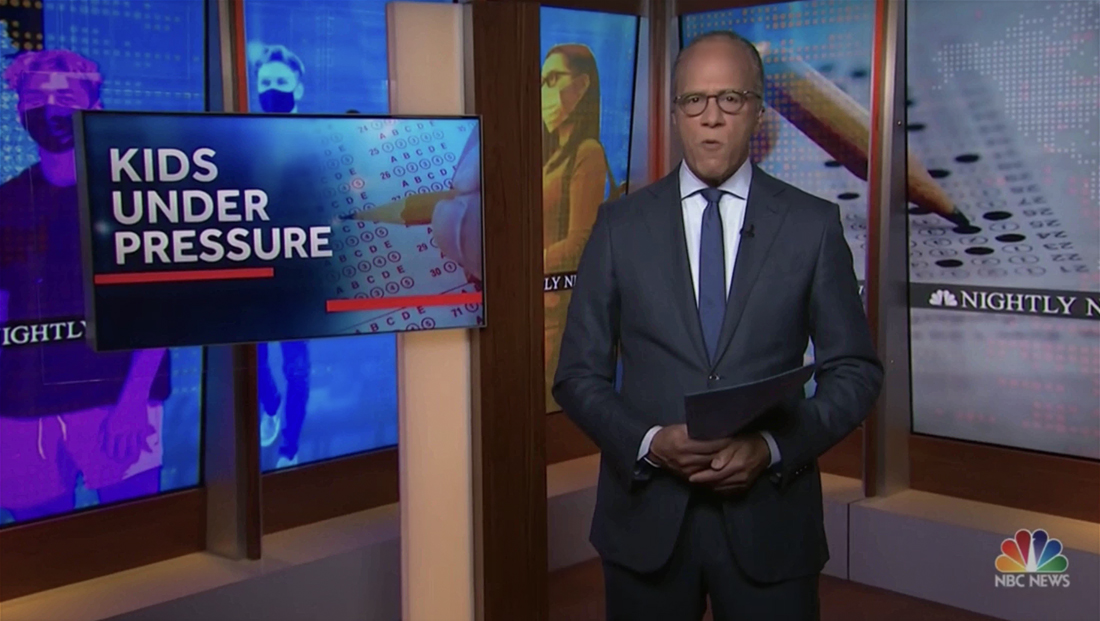 The last part of the broadcast was done from a corner of the set with vertically mounted video panels arranged to look like “windows” along two perpendicular walls — though they were filled with topical and branded graphics for Holt.

A wild, landscape video panel with internally lit and wood toned column was moved into place and displayed text and images relevant to the story.

The studio Holt used is part of the Brokaw News Center, which was opened in 2014 and serves as home to NBC owned station KNBC, Telemundo affiliate KVEA and significant network West Coast operations, including its Los Angeles bureau and studios.

The facility is in Universal City near the Universal Studio’s Backlot and the studio has been used for MSNBC productions and standups from correspondents working out of the bureau across shows such as “Today” and “Nightly.”

In the past when Holt anchored from L.A., he would anchor from the glassed in newsroom set.

Many newsrooms, however, are largely deserted due to most staffers working remotely, and the image of the newsroom used March 23 appeared to use a darker lightly cue that kept some areas in shadow, perhaps to attempt to avoid making it so obvious it was mostly empty.

That set also doesn’t have as many video walls, so it would have been hard to attempt to replicate the looks producer were likely after.