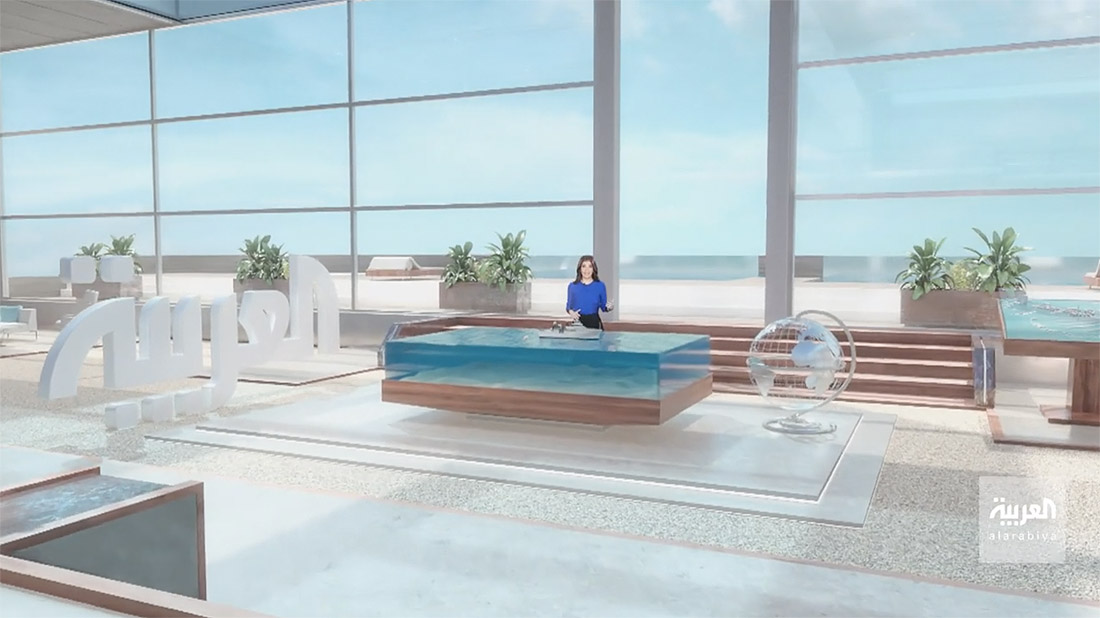 The segment comes as explorer Hamish Harding successfully completed a journey to the deepest depth known to man, known as the Challenger Deep and located in the Mariana Trench, setting a new world record.

In the explainer, the host is in a large room backed by ocean views with an oversized Al Arabiya logo. Standing at an ocean table, the host explores the expedition and other comparable achievements by man.

Space and the landing of man on the Moon are shown with a note that travel to distant worlds is still easier than travel to the bottom of the ocean.

The segment was developed by Myreze in collaboration with Al Arabiya’s internal team and rendered in the Unreal Engine.