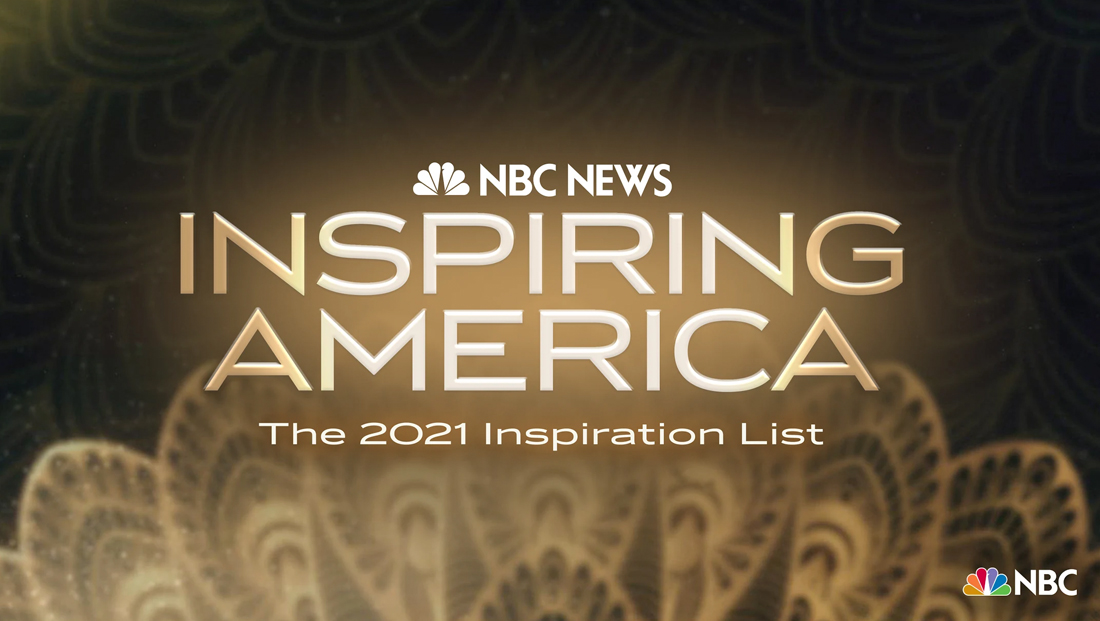 The longtime “NBC Nightly News” kicker series “Inspiring America” has graduated to a special under the same name.

Back in 2018, NBC formally announced it would feature a regular rotation of kickers at the end of each broadcast — including “Inspiring America,” “Those Who Serve” and “Snapshot.”

Although the broadcast doesn’t officially follow the rotation anymore, many of the segments live on as semi-regular series, with “Inspiring America” being one of the most common.

As its name implies, the stories tend to focus on people who inspire and make a different in their community or even the world. NBC says it plans to make the special an annual event.

Despite sharing the same base name, the primtime special that aired Saturday, May 1, 2021, did not use the same logotype or look as the “Nightly” graphics — instead opting for a black and gold look.

The primary graphical element was a large ornate sculpture element that was meant to suggest the shape of the NBC peacock — and even looked a bit like those iconic fireplace screen that also happened to like like the proud preeners.

A wide font with sharp points was used throughout the special and it also made use of gold frames with curved corners, which looks a bit like some of the look used on NBC and MSNBC for coverage of Price Philips’ funeral.

NBC’s move into this type of yearly programming, draws inevitable comparisons with CNN’s “Heroes” franchise that honors people who make a difference in their community each year, though with a bit more emphasis on awards rather than just storytelling.

NBC dispatched some of its biggest names to cover the people — mostly well know or at least quasi-famous people as opposed to CNN’s focus on everyday folks — to interview the list picks.

Meanwhile, “Nightly” anchor Lester Holt and “Today” co-anchors Savannah Guthrie and Hoda Kotb hosted the show, on tape, from Times Square — with at least some of the digital billboard sporting the special’s graphics and logo.