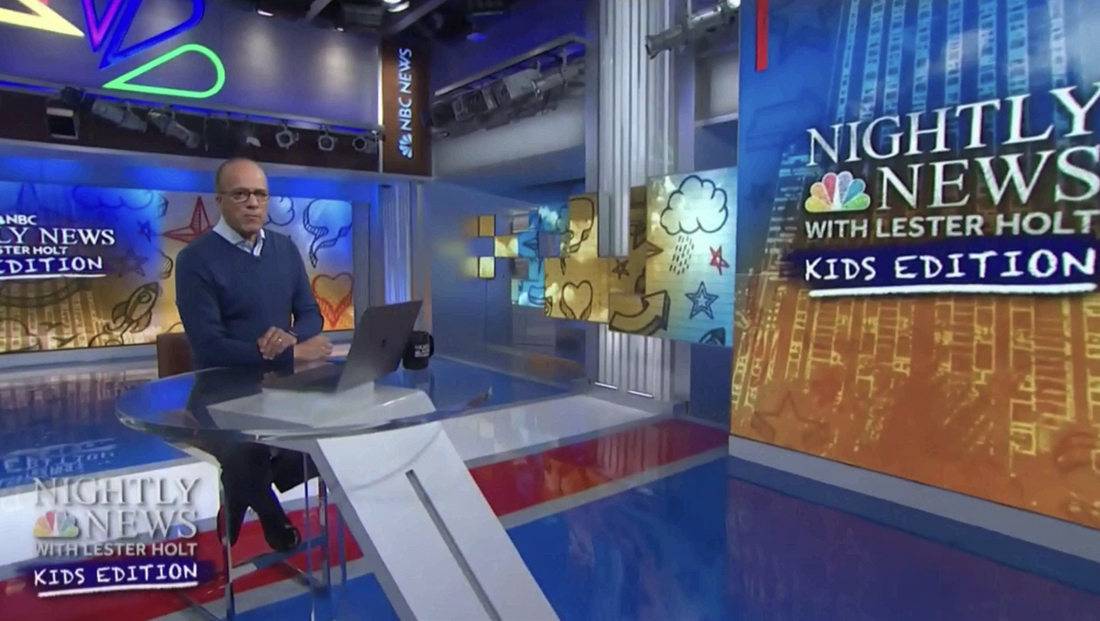 “NBC Nightly News with Lester Holt: Kids Edition,” a program that was launched amid the earlier days of the coronavirus pandemic to help kids deal with an increasingly scary world around them, has moved production from its anchor’s apartment to the studio of its “grown up” edition.

The show started off by originating from the mini studio NBC News hastily set up inside Lester Holt’s home in New York City as rumblings of the pandemic began to ramp up in early 2020.

For these editions, Holt sat in front of the large video panel the network brought in that it could feed graphics to — during the evening “Nightly” this was typically a video loop of the NBC News newsroom on the fourth floor of Rockefeller Center, which, during those days, remained largely vacant.

Instead of the newsroom graphic, NBC created a faux loft like look with a picture frame on the way sporting the “Kids Edition” logo. The shot was also framed wider so that Holt’s collection of guitars was visible off to one side of the screen.

The show continued to get graphics updates and eventually started to air weekends on most NBC stations, as well as being available on the network’s digital platforms.

As coronavirus cases continue to drop thanks to widespread vaccination and safety protocols, NBC has mostly moved production of the signature “Nightly” back to its primary studio, which sits in the space previously known as Studio 3C.

Now, the kiddo version has set up shop in the studio as well. 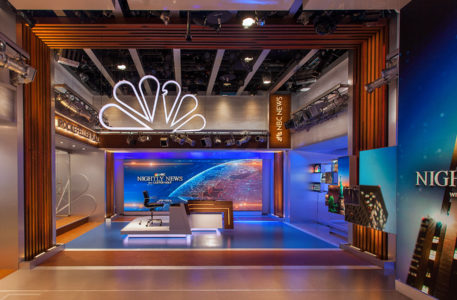 Portions of the space, which was updated in November 2020, used for “Kids Edition” include the “news” video wall, the glass wall overlooking the neighboring workspaces and the video “tower” and adjoining “jigsaw” LED panels.

Holt used the circular glass topped pod-like unit as his anchor desk with a large fabric stool and the newscast used many of the sweeping shots its parent broadcast uses.

For the most part, the video wall graphics featured hand-drawn style graphics with a blue and yellow gradient overlay and the “Kids Edition” logo. Topical graphics in a similar style were also used, though the on-screen text headlines “Nightly” proper uses did not appear.

The “vista” wall alcove was not used, but the two story LED tower was used as both a way for Holt to interact with remote guests and for a weather segment from Dylan Dreyer.

Not breaking with tradition, some of Holt’s guitar collection were set up on stands in front of the glass wall overlooking the adjacent newsroom.