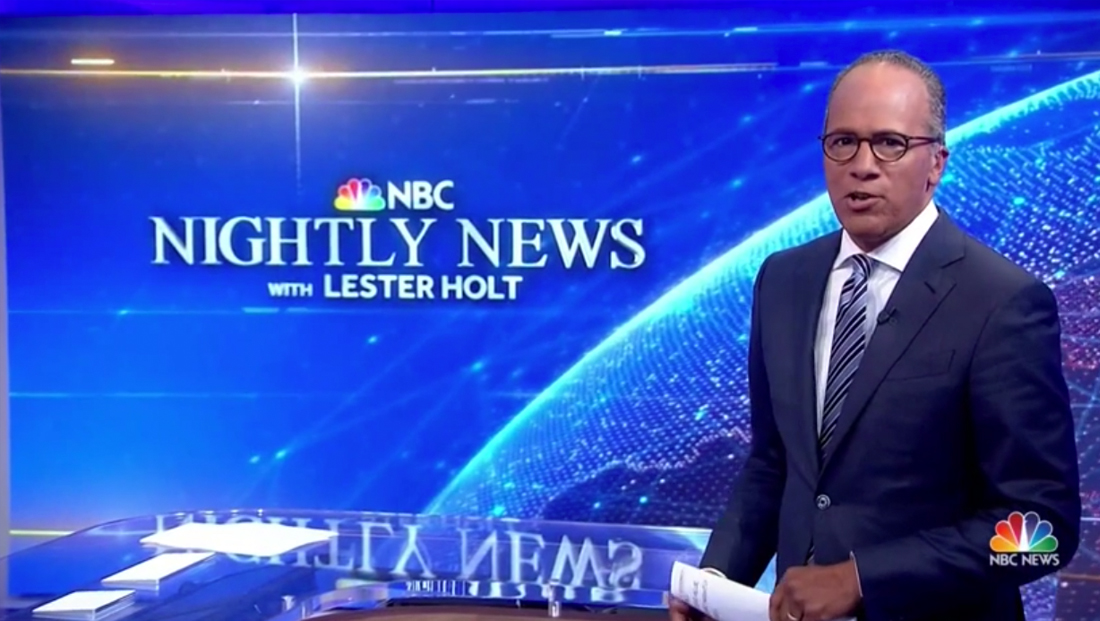 With the debut of its new home Friday, “NBC Nightly News” drove home its reliance and gentle camera moves and in-studio video walls to enhance its anchor intros.

So far, “Nightly News” is still “breaking in” its new home — but we’ll take a look at how the various studio shots were used throughout the set’s first two broadcasts.

For the show’s pre-show teases, Holt is shot against the video tower with the anchor desk visible behind him. Top of the show At the top of the show, anchor Lester Holt stands to the right of the tower, with the date and show logo appearing on the tower itself.

Off to the far right, the three wall alcove is also visible, with generic “Nightly” graphic backgrounds.

The jigsaw wall, meanwhile, features a collage of images related to the top story. As Holt introduces this story, the graphic on the tower rotates to reveal a topical graphic. Text, in the same clear sans serif used in the show’s graphics package, animates in.

The top of the show also starts with an extreme wide shot of the space and the pushes in dramatically to tighten in on Holt and the graphic.

Other stories are introduced at the video tower in a similar way, with or without text, and often with similar push-ins, albeit not quite as wide.