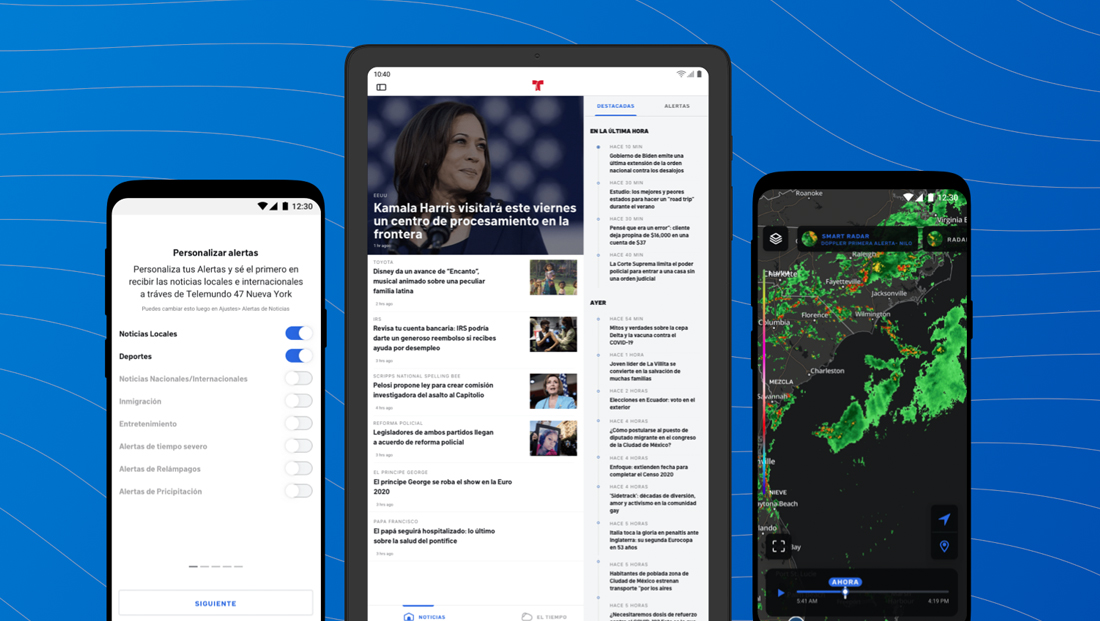 The new apps use a redesigned layout that’s tied into the responsive websites the same stations rolled out in 2019.

In addition to the new look, the apps also add a “dark mode” feature, precipitation alerts and “trending” and “discover” news feeds.

Other updates include customizable alert options to let users break down the types of notifications they want to receive — including breaking news, commuter, weather, sports, live streaming events and more.

The interface also spotlights new content added since the last time the app was opened and allows users to easily swipe through stories side to side, an experience that Facebook’s Instant Articles, Google AMP and Google News, and Apple News, among others, have integrated into their respective apps.

Weather forecasts are now presented in a graph-style format, a feature made popular by other weather apps such as Dark Sky, which Apple has acquired, while also letting users zoom in on radar imagery to street level.

The app’s backend has been re-architected and improves the speed of the apps by up to 2 times, according to NBCUniversal Local, which operates 30-plus NBC and Telemundo stations. The apps are also integrated with the same content management system that backs the NBC and Telemundo websites the network transitioned to in 2019.

A new video hub also lets users browse and sort videos by topic and watch videos back to back.

The new free, ad-supported apps are available for downloading in the Apple App Store and Google Play Store starting July 22, 2021.