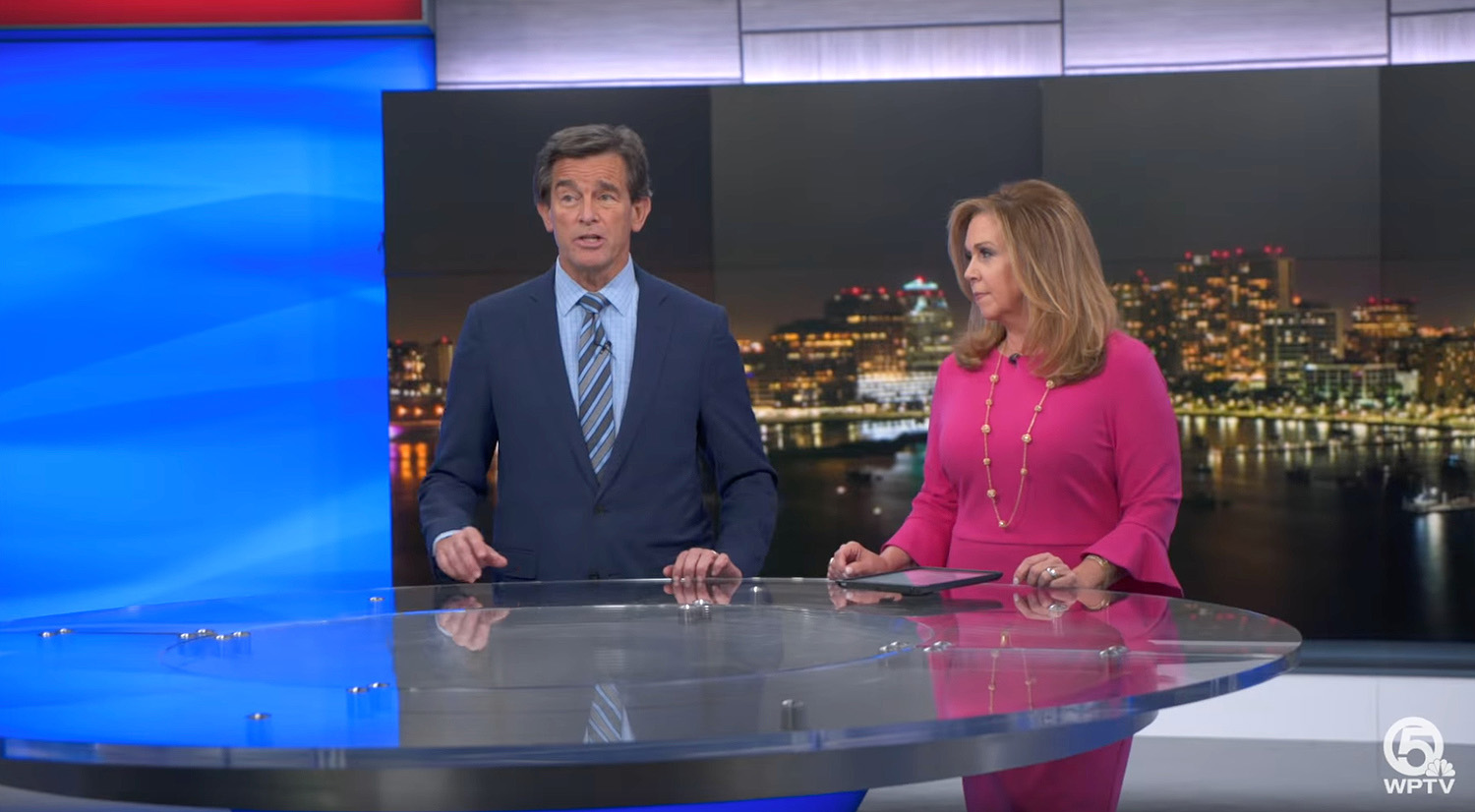 The upgrade coincides with the 2020 Summer Olympics in Tokyo, a time when many NBC stations take advantage of increased viewership to run additional promotional spots and debut changes. Scripps’ NBC in Tulsa and Kansas City also updated ahead of the Games with new logo designs.

Studio A at WPTV has been completely overhauled, scrapping its set of nine years which saw updates to set technology in 2018.

The new design re-orients the studio space with the set placed opposite of the newsroom, while the previous used the newsroom as a background element for many years. 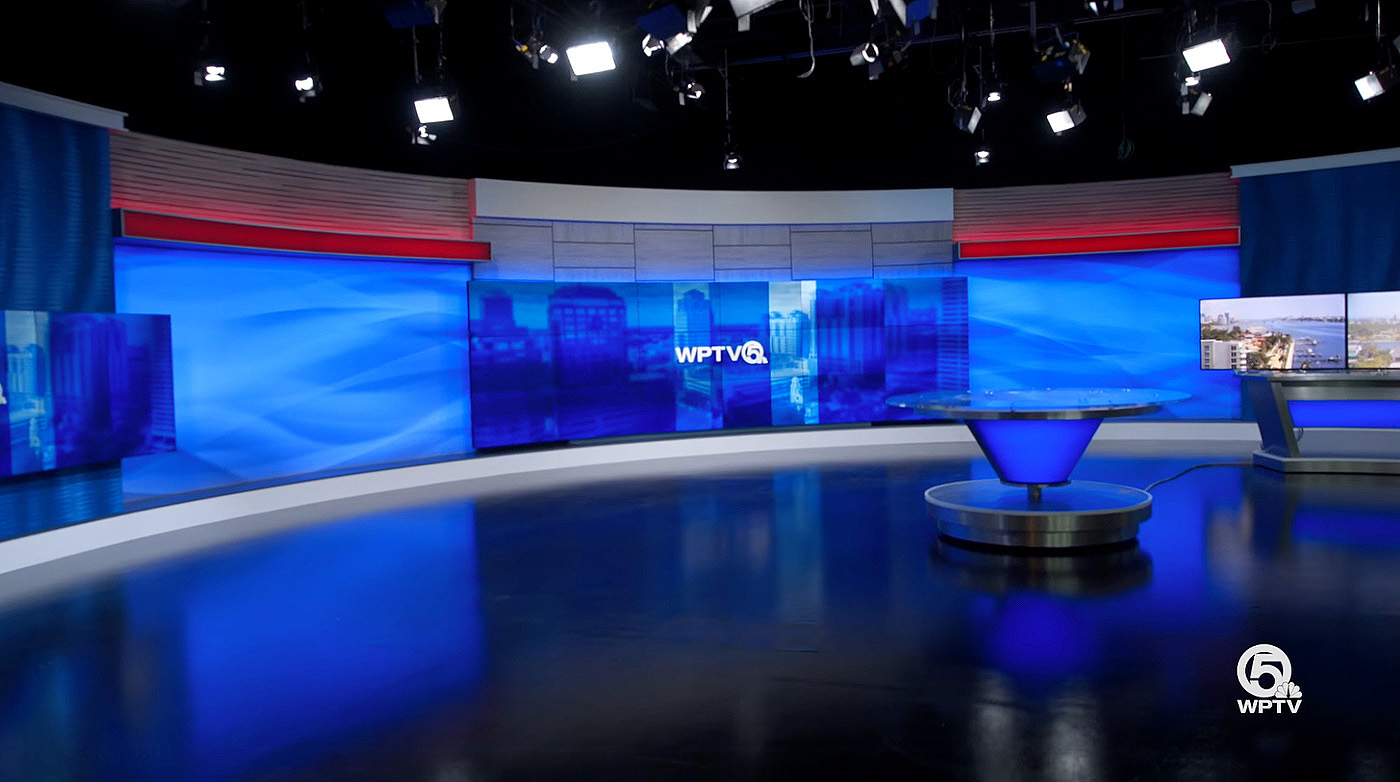 The set’s focal point is a 6×3 video wall and standing anchor desk with internal lighting. Back-lit RGBA graphics wrap the space adding flexibility and a bit of the ocean through a wavy pattern. Meanwhile, the set adds a pop of color through a narrow color-changing header. 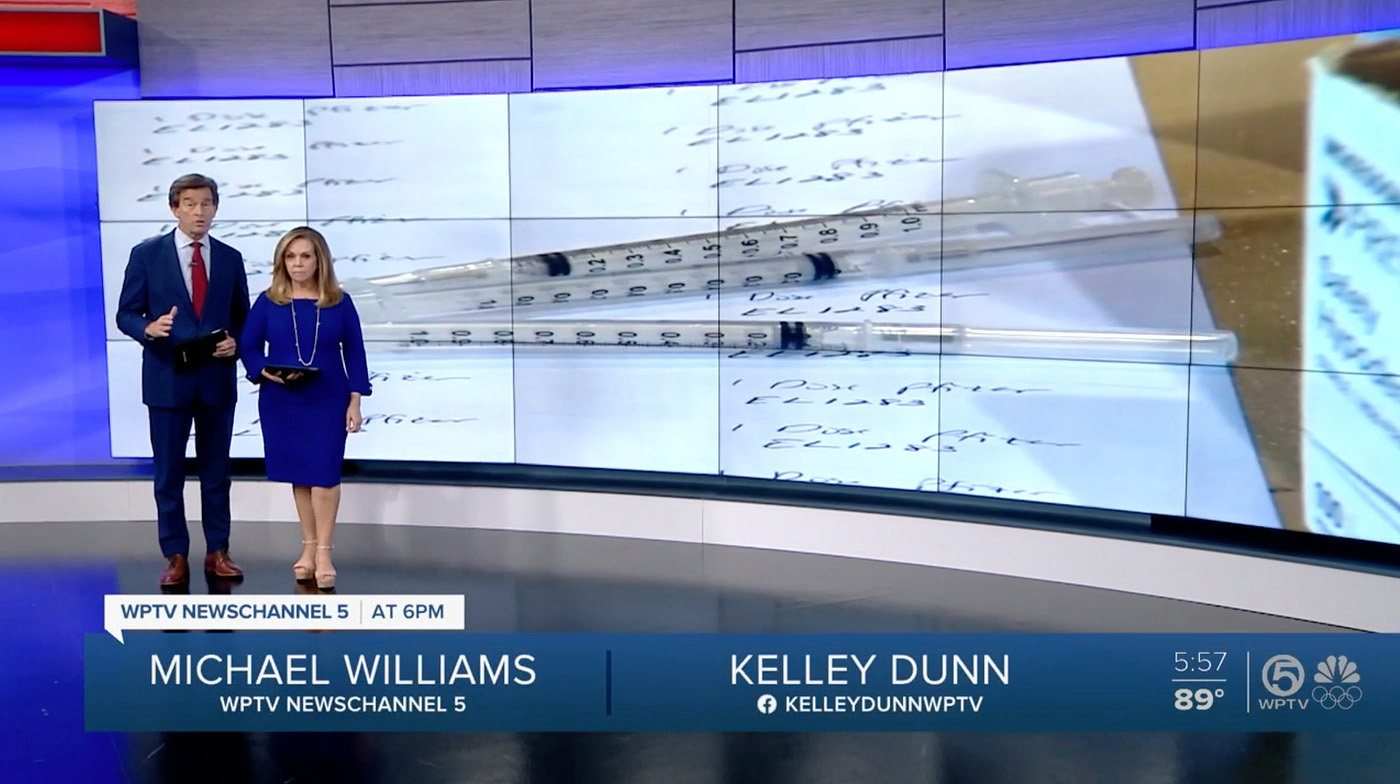 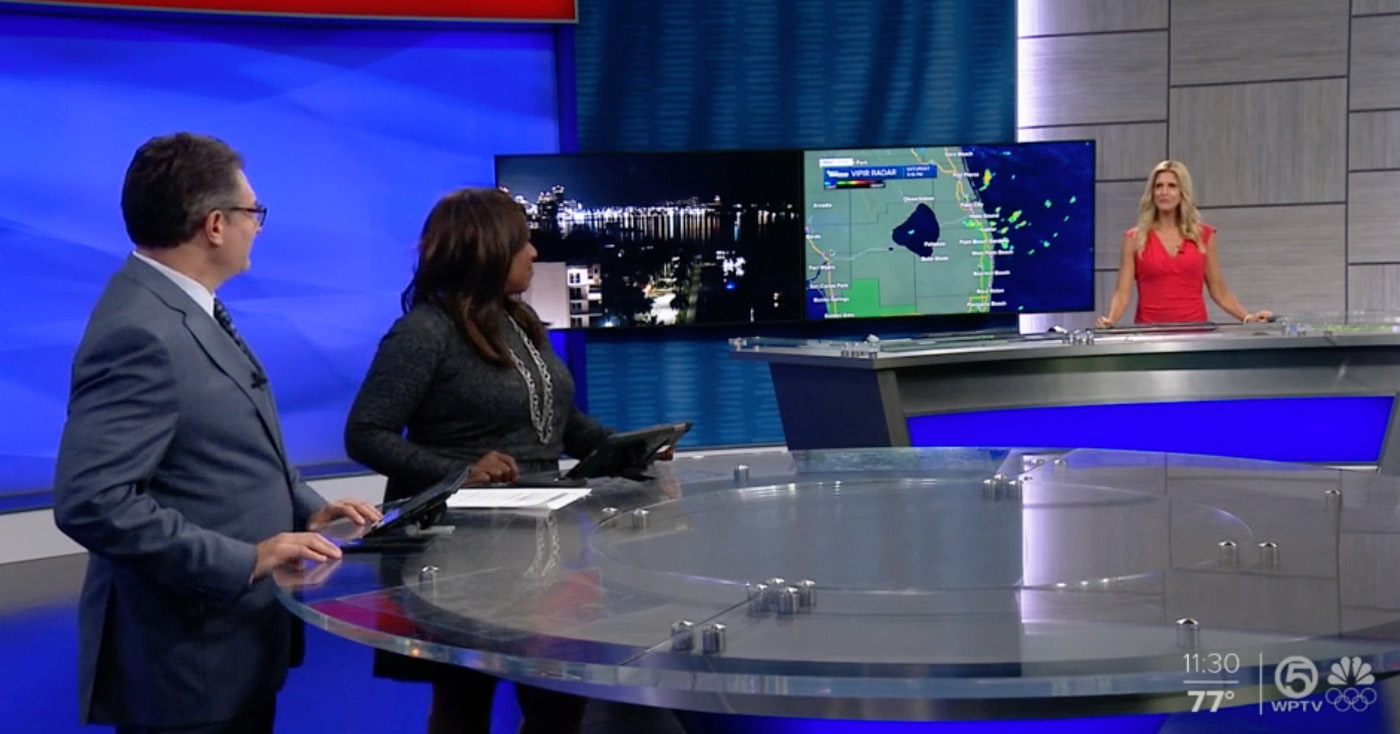 Inside the studio, Ross Video CamBot robotic pedestals are in use along with CueScript prompters and JVC Pro cameras.

Lighting design for the studio was handled by Dan McKenrick of TVLD, Inc.