ESPN gets into the rink with ‘fearless intensity’ for NHL coverage, design

The NHL returns to ESPN this season after a 17-year hiatus and the company couldn’t be prouder to showcase the sport.

Under the new seven-year broadcast rights deal, ESPN and ABC will produce and broadcast 28 regular-season games along with 75 exclusively for streaming services ESPN+ and Hulu. The Stanley Cup finals, meanwhile, will be split between ESPN and Turner Sports every year.

“I’ve been here 15 years and I haven’t felt this excitement for a project. It’s been unmatched,” said Joe Iuliano Jr., studio director, ESPN. “Being in the northeast, there is genuinely a lot of hockey fans in the company and a lot of the employees remember the old ESPN hockey days.”

However, this genuine excitement turned into a mad dash for the network with only months to prepare for the coverage. From new camera angles at the rink and promo campaigns to various shows, ESPN has surrounded the league as it welcomes back the relationship.

ESPN’s coverage of hockey will primarily originate from Studio F inside Digital Center 1 in Bristol. The space, rebuilt this summer ahead of the college football season, will host game coverage and talk programming including “The Point and “In the Crease.”

“One of the cool parts the studio is the versatility,” said Iuliano. “It can take on a completely different look and feel and the graphics absolutely pop in that space.” 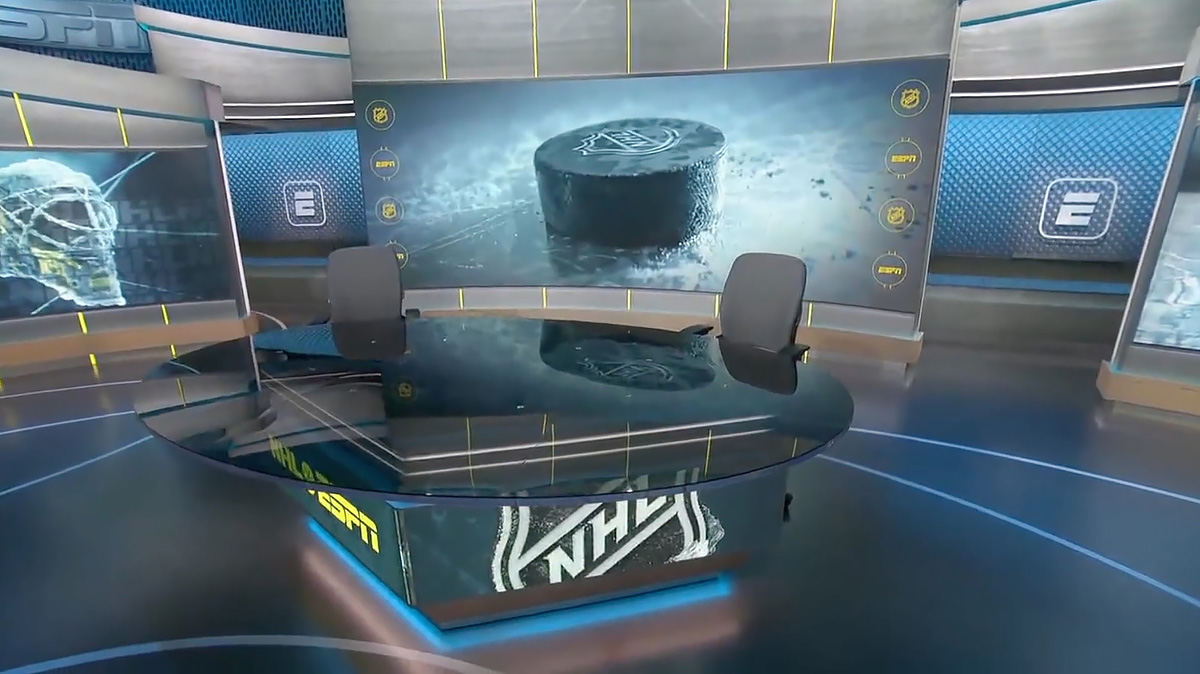 Defining the network’s wrap-around coverage started by looking back to 2004, when the network last had NHL rights.

With the truncated timeline, a tight-nit group has been working at ESPN on all angles of the broadcast, which Iuliano notes will help make it cohesive between studio, game site and even on the graphical side.

For the wrap-around coverage, ESPN is looking to leverage its expansive access to the league.

“The tough part about intermission is trying to bring the audience in during that break in the action and engage them. Whether it’s that game or action around the league,” said Iuliano. “On those busy nights… what are the other games in action?”

Live look-ins, not unlike college football Saturdays, will help take viewers around the league.

Creating a world of fearless intensity

ESPN is hoping to maintain the game’s authenticity through its branding and design package, which was crafted in-house by ESPN Creative Studio.

The package represents the first significant delivery for the newly formed ESPN Creative Studio, which merges the former creative group’s inside the company, including Creative Services, Music, Digital Content Creative, CreativeWorks and Edit.

“We have composed a very large, dynamic creative world around the NHL, which has been a dream come true. For some of us that have worked at ESPN a very long time, we’re incredibly excited to see how our brand can partner with the NHL,” said Tim O’Shaughnessy, creative director, ESPN.

“How do you visually represent that (partnership)? How do you also pair that with a modernization that attracts future fans? It’s not just about paying homage to the game… It’s about finding the youth and bringing them into it. It’s about creating dynamic visuals that will attract both sides of the demographic,” said O’Shaughnessy.

ESPN’s design is built on the idea of fearless intensity. Animations throughout the package elements are snappy with flowing complexity, mixed with vibrant pops of color and plenty of frozen visuals. 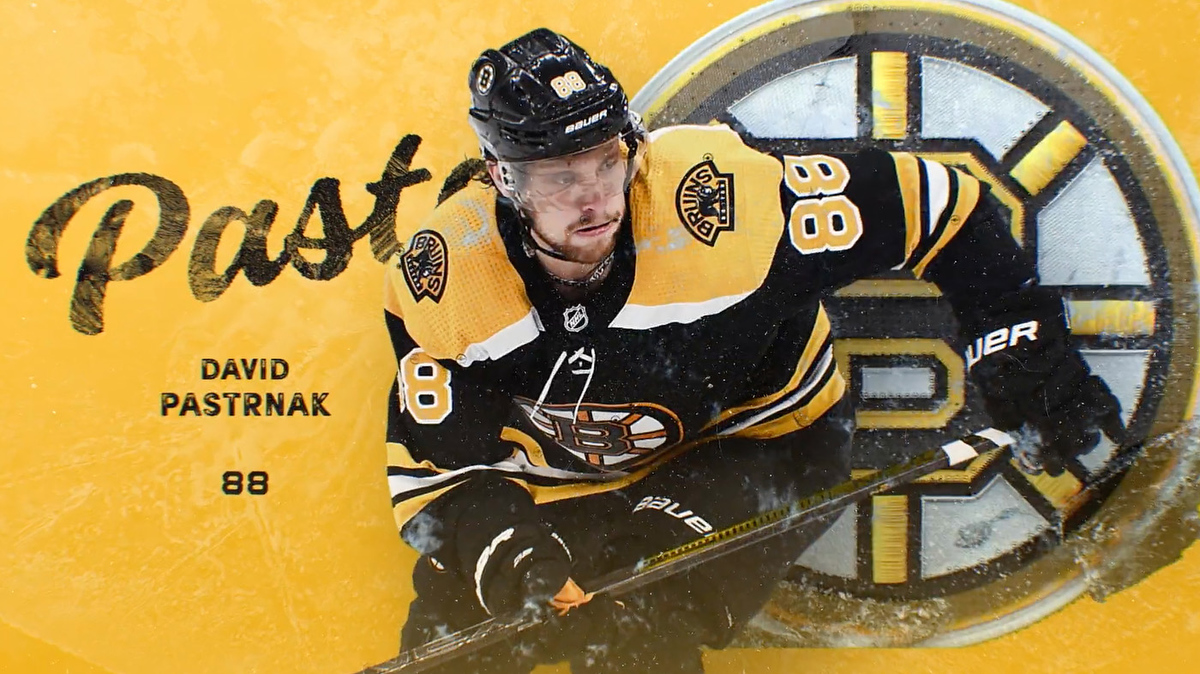 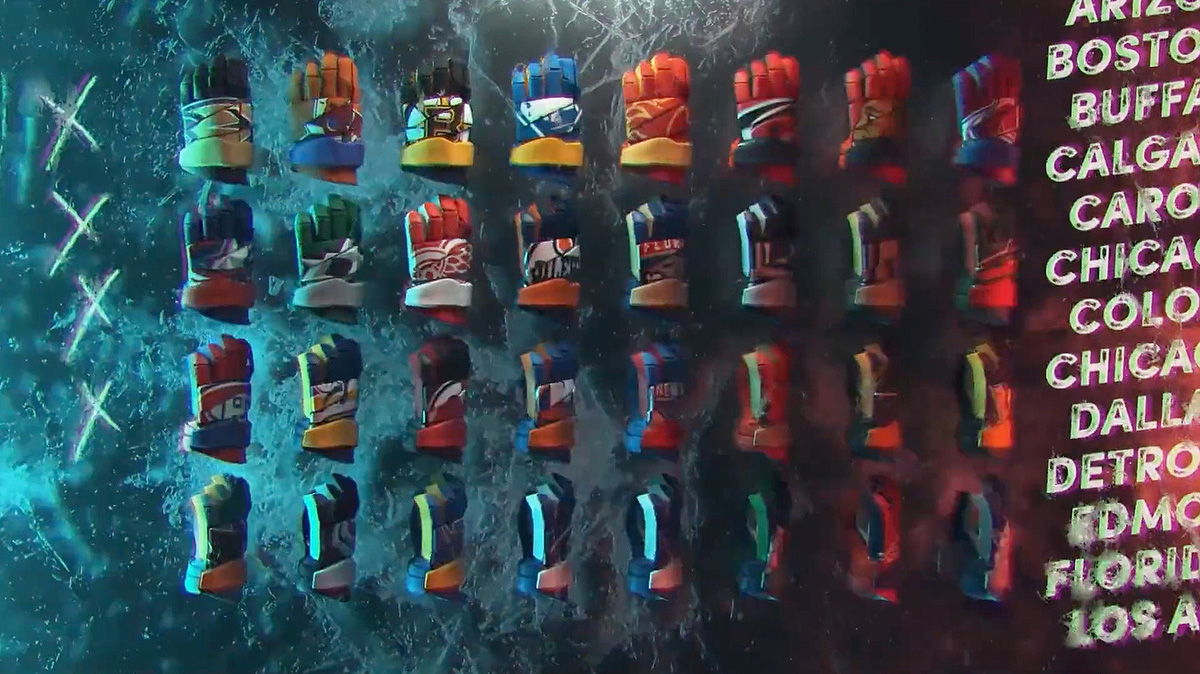 Common hockey elements, such as gloves and facemasks, become unique elements as shatter after becoming “frozen.”

Main intros, such as show opens, also use a unique point of view.

“We’ve played with points of views that are uncommon to the game, such as going under ice,” said O’Shaughnessy. 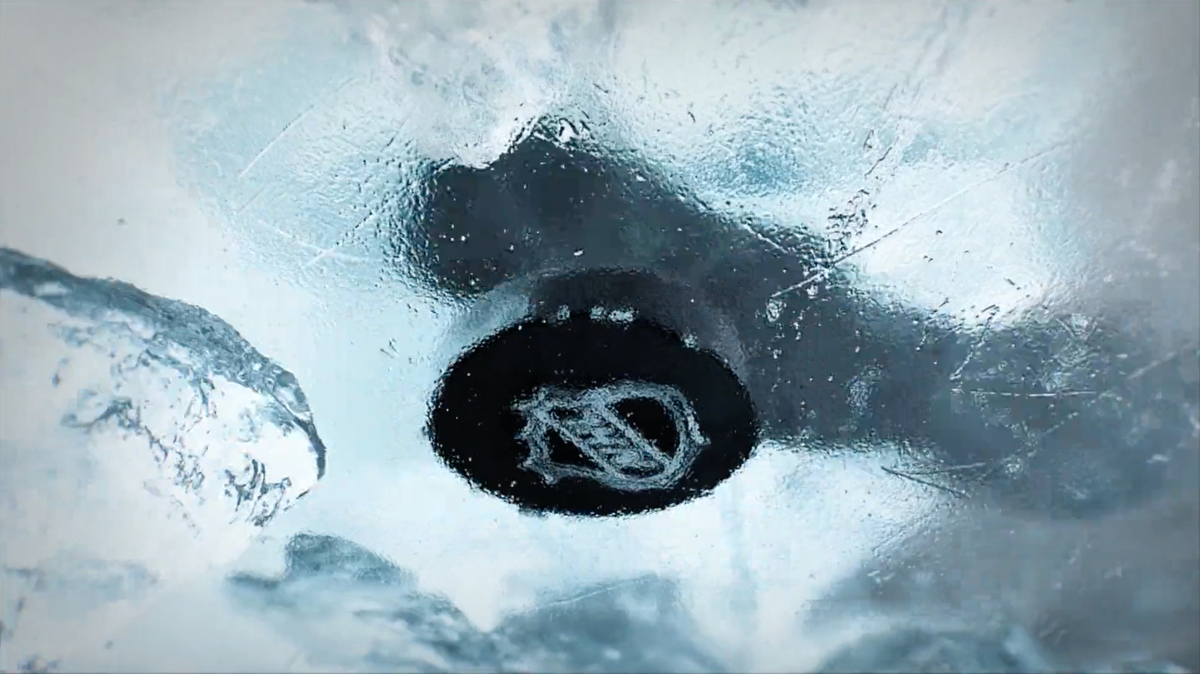 “We have so much design language in this world… By the time you’re watching NHL games halfway through the season, we’ll be able to have different sequences in the open.”

On top of all of this is a new branding system that includes a variety of show logos and interchangeable elements to allow for branding across ESPN, ABC, ESPN+ and Hulu. 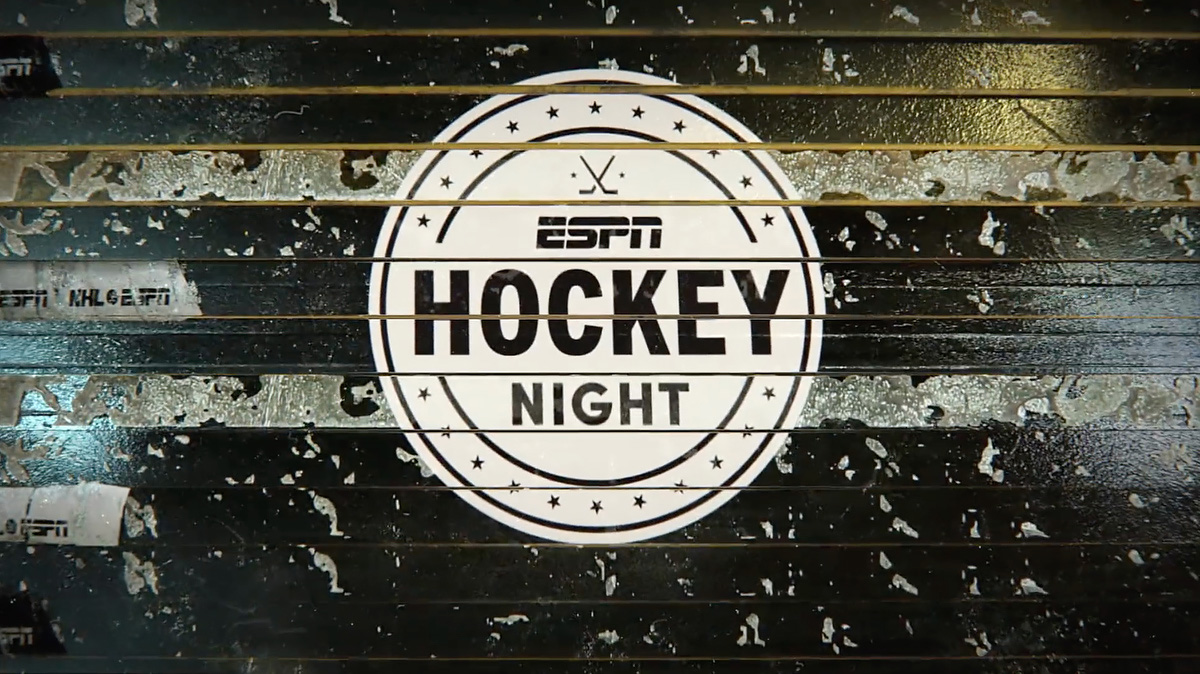 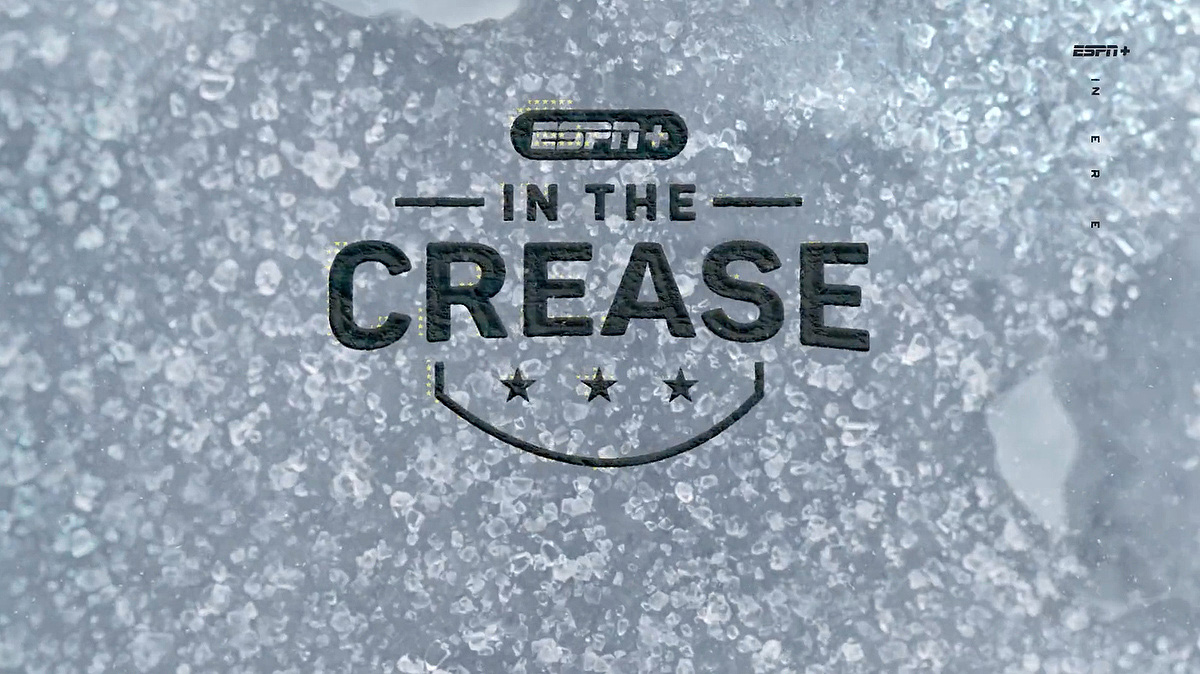 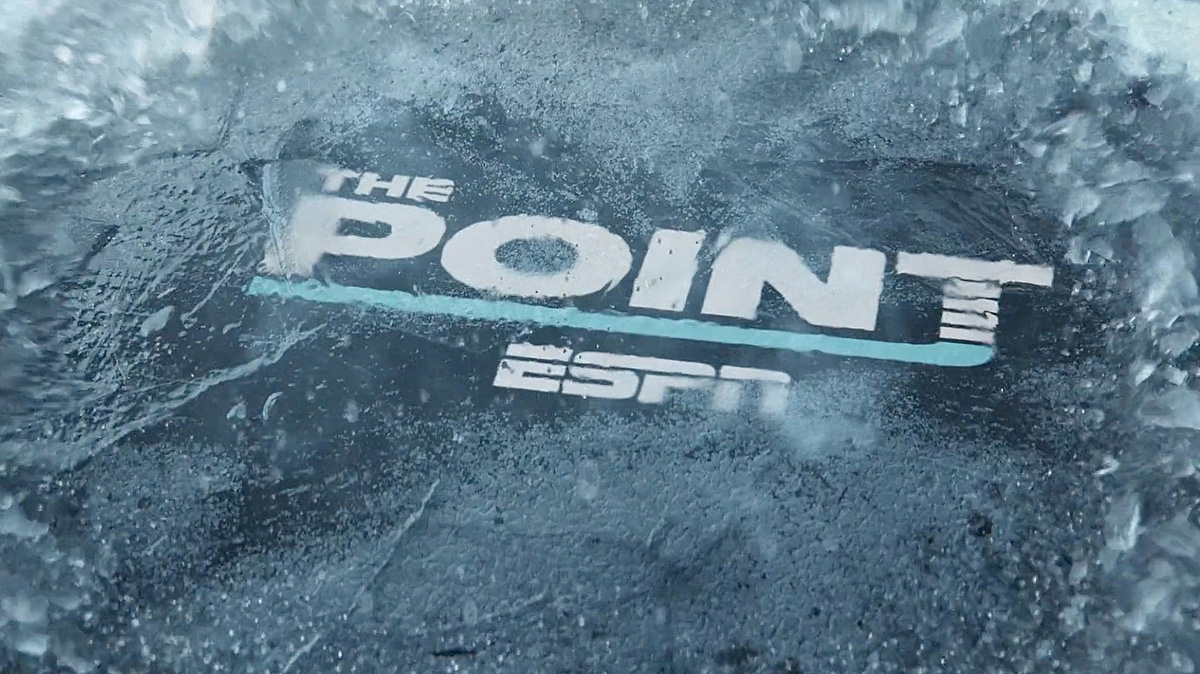 “The branding system is pretty detailed but it’s pretty logical and effective,” said O’Shaughnessy. “The games and the wrap-around coverage will be produced in a similar fashion whether one is viewing OTT or on a cable box. The goal is to infuse the two brands seamlessly.”

The logo system uses Trade Gothic with Sofia for the primary typeface. Panton and Chase also make appearances throughout the elements.

Most branding throughout the package will appear in 2D due in part to the quick turnaround.

“One of the most significant challenges we had to overcome on this build was the tight turnaround,” noted O’Shaughnessy. “We’ve leaned into a system where our branding is predominately in 2D and the backplates and design are 3D.”

These 3D elements are then sent to Adobe After Effects in toolkits.

“I’m pumped to see how the show resonates, how the look resonates and how the sport resonates on the network,” said Iuliano. “What do people take away from it? The look, sound, feel? Right out of the game, we hit them with the music.”

ESPN has opted to bring back to its original “NHL on ESPN” theme music from composer Bob Christianson, with a variety of updated versions and mixes.

The tune, which debuted in the early 1990s, is a signal to many fans of ESPN’s commitment to the sport.

“We are very excited to re-introduce the NHL theme to our fans,” said Claude Mitchell, coordinating director, music.

“Our challenge was to keep the nostalgia of the theme while updating the sound. We brought back the original composer Bob Christianson to develop a new recording and also engaged Kevin Bowe, Figure and Groove, Tom Hammer, Adrian Pinkard and Pull to do additional arrangements across a number of genres, enabling us to cement the new sonic identity of the ESPN hockey brand across all our programming,” said Mitchell.”

ESPN prepares for NHL return with ‘All for Hockey’ campaign