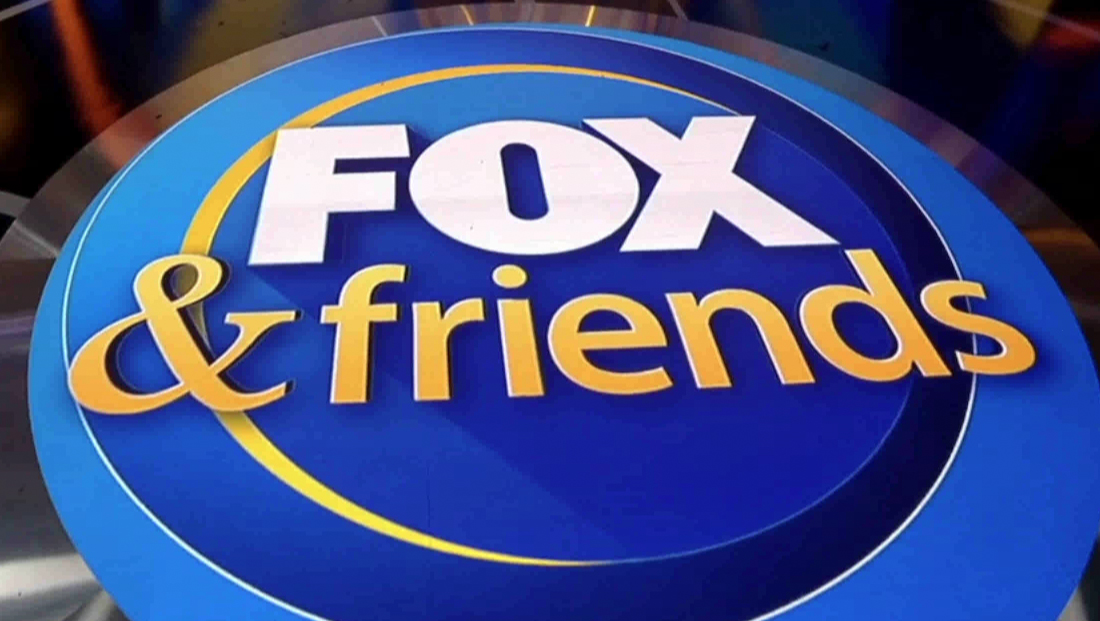 Both “Fox & Friends” and “Fox & Friends First” debuted a fresh new look Nov. 1, 2021, that includes an emphasis on bolder blues and golds along with a circular motif.

The updates coincident with Carley Shimkus taking over from Jillian Mele as co-host of “Fox & Friends First.”

Changes include a revamped logo for both shows — with a serif ampersand.

“Fox” continues to be shown in the network’s distinctive logotype, while the word “friends” now appears in a friendly sans serif.

In addition, the glassy boxy look found in the show’s look is gone — replaced inside with overlapping circles and rings in various shades of white, blue and gold.

The overall color scheme and use of circle feels very similar to “Good Morning America” but the design team uses the overlapping, off-set placement of the circles to its advantage for a look that’s distinct.

The “O” in “Fox” is also frequently used as a graphic wipe element, with a multilayer “stack” of thick rings zooming out from it to reveal another element.

All of the graphics on the numerous video walls and panels found in the newly renamed Studio M have been updated to match as well, including the LED panels mounted on the structural columns that divide the two story glass windows that overlook the street near the Fox building.

The upper part of these windows are visible behind the “Fox & Friends” home base on the mezzanine level of Studio M.

“Fox & Friends” often uses wide shots of the entire studio and the hosts often move around the space for different segments as well, including on the freestanding “living room” style set on the main level that caused a bit of stress for one of the show’s co-hosts.

Meanwhile, “Fox & Friends First,” the early morning lead-in to “Fox & Friends” also switched over to a matching new look along with welcoming Shimkus.

“First” continues to originate from Studio J inside Fox’s headquarters and received an updated open and video wall backgrounds.

The show’s logo was updated in much the same was as “Fox & Friends,” though its additional word is rendered in a bright yellow bold sans serif that appears to be the geometric one used in the network’s primary insert graphics.

In opens, bumps and rejoins, the “R” is often used as a dominant element in the animation, while the ring shaped wipe still zooms out of the center of the screen.

“First” used a much glassier look than its parent show, with its open featuring multiple facets of the glassy panels, a look that is also sometimes used in the floor to ceiling video wall in Studio J that frequently simulates a windowed view of the Avenue of Americas.

The show’s primary video wall background used a grid and glassy look with a logo band running behind the co-hosts against a gold tinted cityscape. 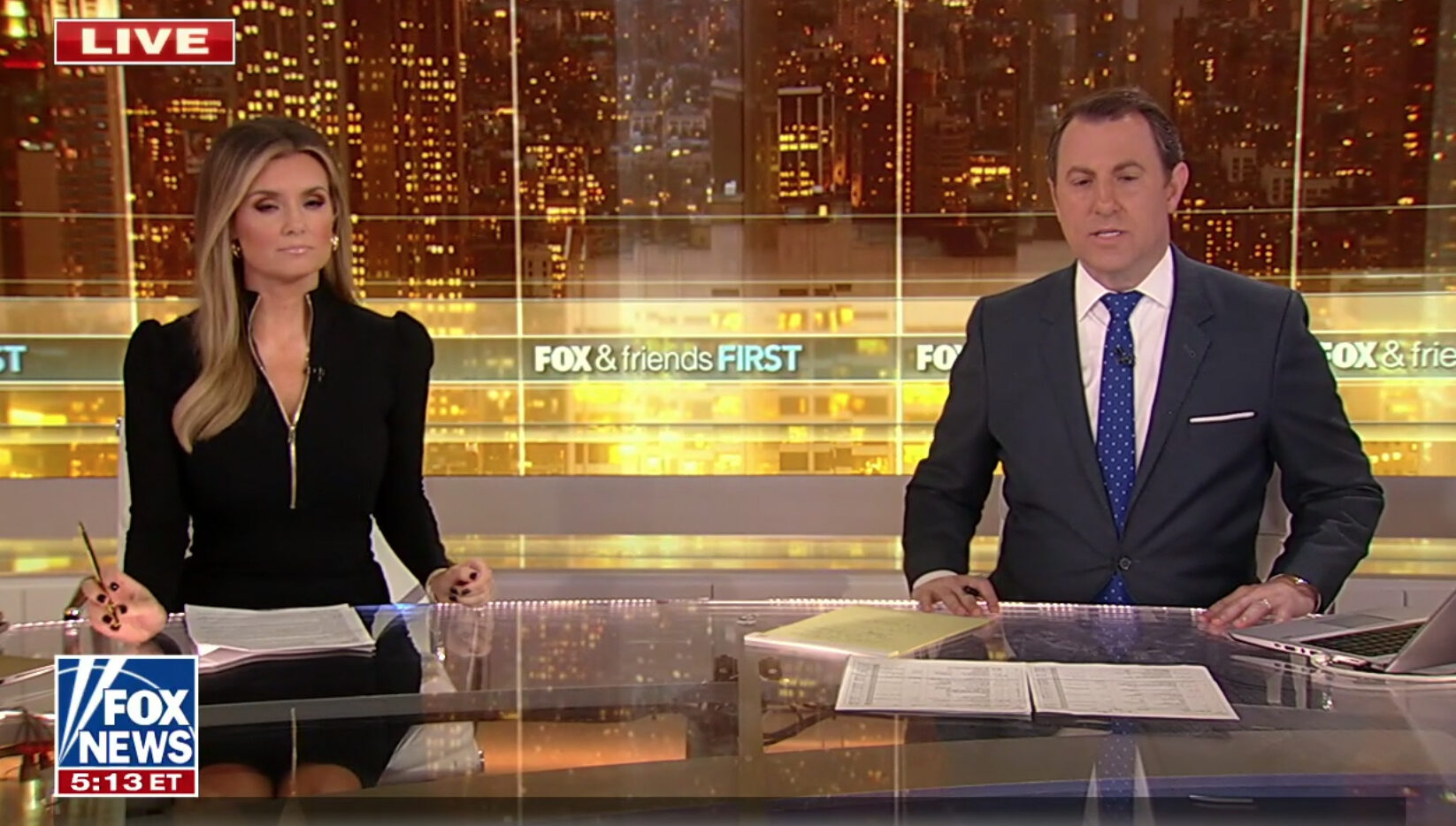 Now, the logo band remains, the the cityscape is gone, replacing with a graphical background that uses the multilayered rings with hints of fluffy white clouds. 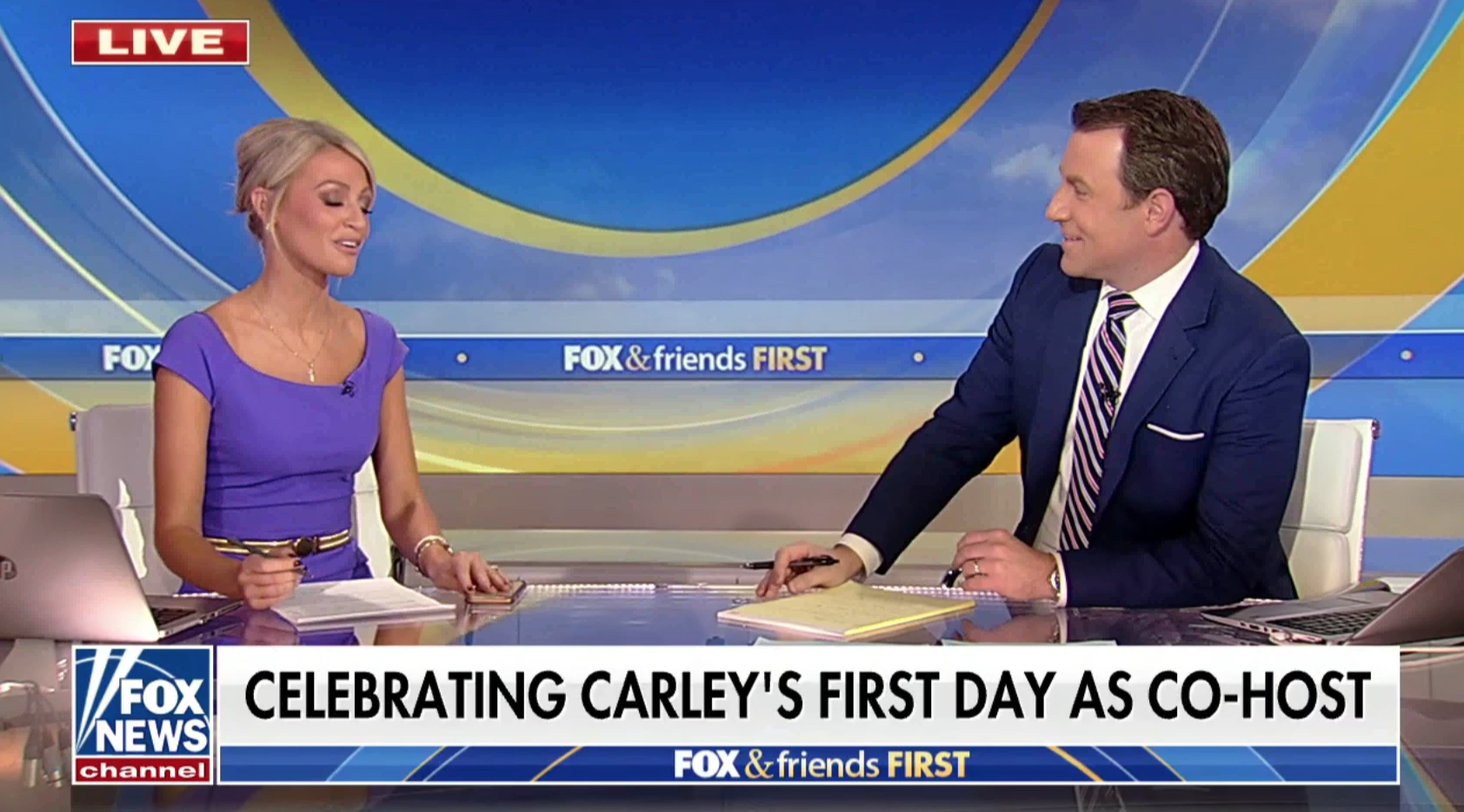 Both shows’ insert graphics retain the normal Fox look but the “sliver” along the bottom features the new darker blue and gold color scheme and updated logos.

Correction: An earlier version of this story misidentified the floor Studio J is on. The story has been corrected.