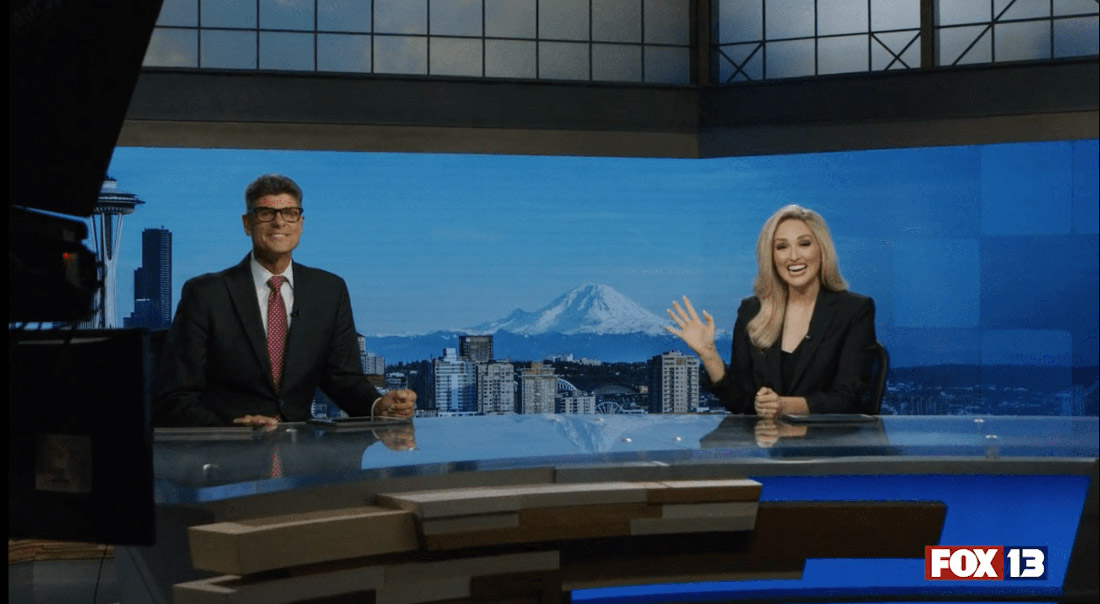 The campaign, which began airing in late September as the station changed monikers to Fox 13, starts with a basic re-introduction of the station, its on-air talent and staff to viewers.

Other versions utilize the tagline “we’re here for it,” reminding viewers of Fox’s NFL coverage and the station’s coverage from across the Seattle metro area, name-dropping larger cities including Lynnwood, Tacoma, Renton and Everett.

Given the new branding, the spots make sure to work in plenty of Fox 13 logos on the station’s set, in the field and even on computer screens, providing a subtle nod to the new name.

Fox Television Stations purchased KCPQ and KZJO in 2019 from Nexstar Media Group after its acquisition of Tribune Media, prompting the rebrand to the Fox standard.