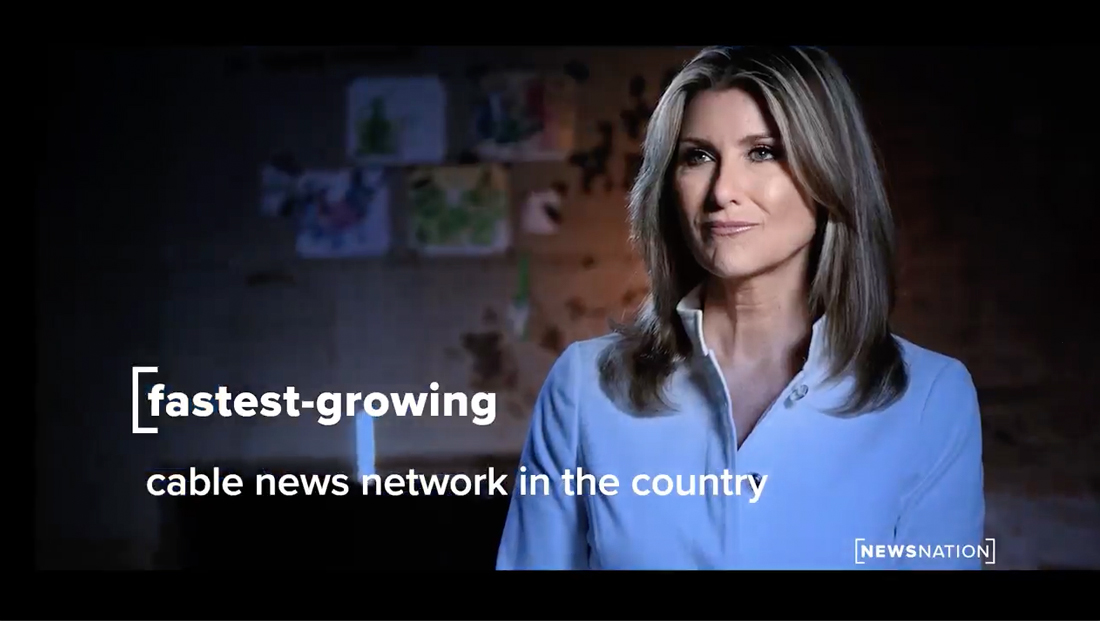 Nexstar’s NewsNation channel has been airing a new promo that attempts to drive home its unbiased branding while also focusing on its growth.

“This Thanksgiving, more Americans are turning to a new news network … NewsNation is the fastest growing cable news network in the country … the programs, the reporters, giving you the facts without the spin, showing all perspectives. This is America’s new home for unbiased news. This is is NewsNation, news for all America,” says the announcer, who speaks in a higher register tone.

Interspersed are audio clips taken from “Morning in America” and “NewsNation Prime,” along with imagery from “On Balance,” “The Donlon Report,” “NewsNation Rush Hour” and “Banfield.”

The promo continues the trend of the network billing itself as balanced and unbiased, despite some of its programming, namely “Donlon” and “On Balance” widely seen as right leaning (Leland Vittert, host of “On Balance” previously appeared on the Fox cable network featuring “Hannity” and Tucker Carlson).

“News for all America” is part of an overall branding campaign the network launched in the summer of 2021.

Since its launch a little over a year ago, the network has struggled in the ratings, with most programs attracting only small audiences.

The promo’s claim of “fastest growing” isn’t sourced on screen, so it’s not immediately clear what metric Nexstar is using to determine that.

NewsNation experienced a series of high profile resignations and departures as it prepared to launch new programming that insiders said were tied to the now former staffers’ dissatisfaction with the editorial direction the channel was taking.

On air departures included anchor Rob Nelson, who landed at Newsy, and chief meteorologist Albert Ramon, who ended up at WBBM in Chicago. Digital anchor Ji Suk Yi also quietly exited. All three were both part of the original pool of talent hired for the network, with Joe Donlon and Marnie Hughes remaining with the channel.

Behind the scenes, Jennifer Lyons, the vice president put in charge of launching the network, and the channel’s news director and managing editor also quit. Lyons resurfaced as general manager of WBBM.