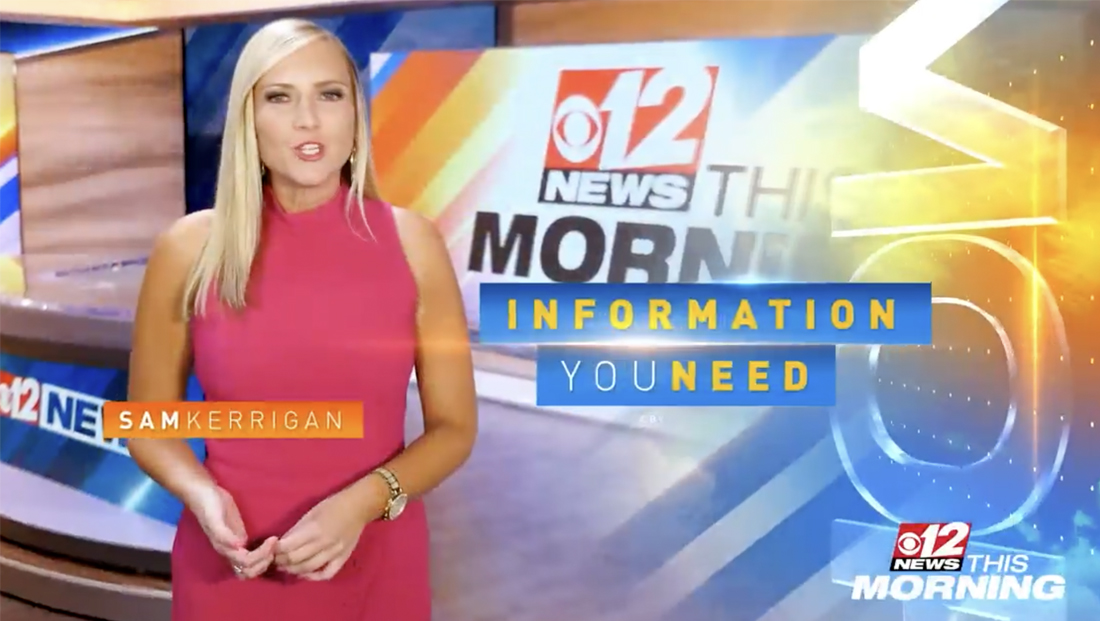 WPEC, the CBS affiliate in West Palm Beach, Florida, is promoting its morning newscast as a “fast paced” offering for busy morning routines.

“We’re not going to waste your time,” says meteorologist Lauren Olesky at one point of the promo.

“That’s what we are here to do,” says co-anchor Matt Lincoln, “we want to make sure that you are prepared for whatever the day might bring.”

The promo focuses on the newscast’s emphasis on breaking news, traffic and weather and is complemented by on screen graphics in bright blue and gold along with glassy 3D logos and logotypes along with the Sinclair group graphics package’s angled elements.

Portions of the Devlin Design Group set the station installed in January 2019.

Thanks to the set’s integrated color changing LED and plentiful video walls, it features a similar bright color motif in the promo.

“If you’ve watched our newscast and feel like we’ve saved you some time; we’ve made your day a little easier, we’ve done our job,” says co-anchor Sam Kerrigan.

The promo ends with a female announcer saying “Wake up with ‘CBS 12 News This Morning,’ the one to turn to every morning” as the newscast logo and times appear on screen.

The Sinclair owned station brands its morning news as “CBS 12 News This Morning” in a nod to its network’s morning show’s former title of “CBS This Morning” (it’s now known as “CBS Mornings“).