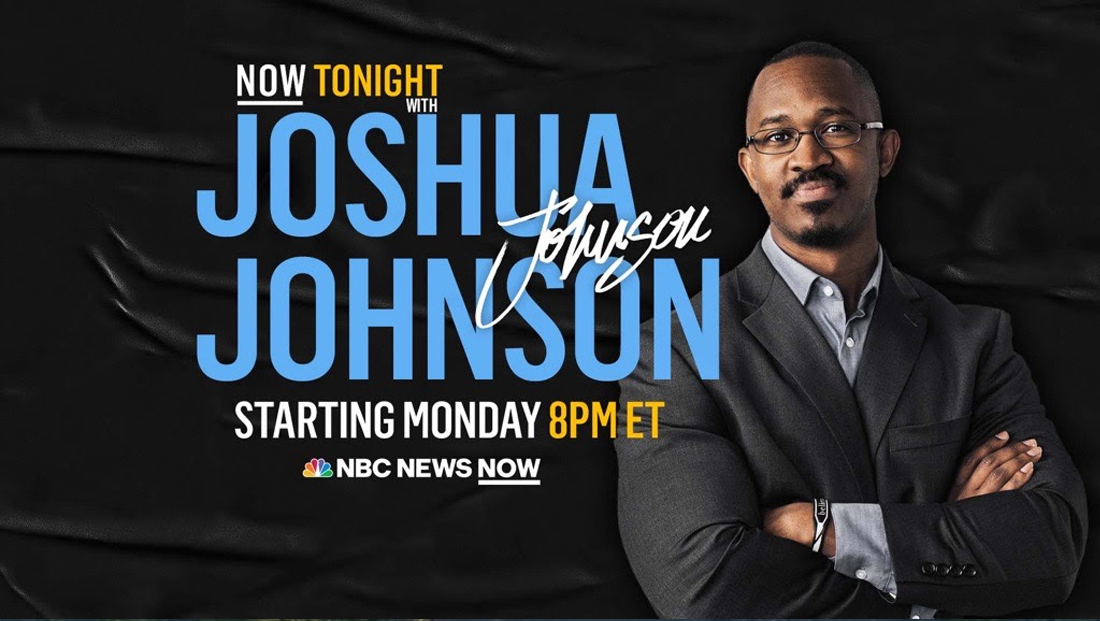 The one-hour, deep-dive program will be entitled “Now Tonight with Joshua Johnson” and will stream at 8 p.m. eastern Monday through Friday on NBC News Now.

NBC officially stylizes the show name with an all-caps “Now,” just as it does with the streamer’s name and its “Today” brand.

“In this chaotic news cycle, ‘Now Tonight with Joshua Johnson’ will take a step back to offer viewers context into the why and the how behind the biggest stories of the day. Joshua Johnson — with contributions from expert guests and the full breadth of NBC News’ reporters and correspondents — will help make sense of it all,” NBC News Digital announced.

The show will also take an in-depth approach with segments designed to reveal a bigger picture behind the story as well as extended newsmaker interviews.

Viewers can interact with the program via its social media presence and an online submission portal.

“I’ve always been encouraged to speak freely, connecting with people from many backgrounds. This program is built on that foundation. It’s the perfect outlet for viewers in these divisive times, curating their insights and feedback,” said Johnson in a statement. “My show will be a welcoming space, grounded in the universal values of curiosity and empathy.”

NBC also released key art of the program Nov. 30, 2021, showcasing a sans serif logotype in a condensed blue font and accented with Johnson’s last name in a handwritten style (in addition to the full iteration).

The logotype does not include a true “empty” underscore, a design element that has become a prominent part of the streaming channel’s look since launching “Hallie Jackson Now” and a redesign of the network’s “NBC News Now Live” blocks and logo, though the “Now” in the top line of the title lockup is underlined.

The show’s title also follows the convention of using the word “Now” in some of the channel’s program titles. Other NBC News anchored programming brands under “Morning News Now” and “Hallie Jackson Now.”

However, one key program, Top Story with Tom Llamas,” which is billed as the channels signature newscast, uses its own standalone naming scheme and look.

Lisa Crivelli is the executive producer of the new show with Janelle Rodriguez senior vice president of editorial for NBC News and executive-in-charge of NBC News  Now.

Johnson was previously host of NPR’s “1A,” a show focusing on the First Amendment.  He left NPR for MSNBC in 2020 and his star appeared to be on the decline when the network announced his “The Week with Joshua Johnson” would end in September 2021.

However, with NBC News making a concentrated expansion into digital as well as working to create a diverse group of on and off air employees, Johnson’s new show will bring him more airtime than he had been getting, though NBC doesn’t release expect viewership data for NBC News Now.

Johnson’s show will replace a repeat of “Hallie Jackson Now” and “Top Story,” adding another 60 minutes of original, anchored programming to the schedule.