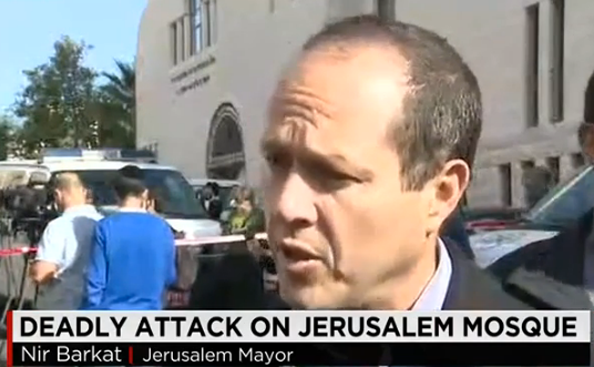 CNN made a major faux pas this morning during its coverage of a synagogue attack in Jerusalem.

The network’s lower third continually identified the house of worship as a “mosque” despite, as Mediaite points out, that on-screen interviewees verbally referred to the building as a synagogue.

Earlier this month, CNN mixed up President Barack Obama and Osama Bin Laden and an October typo sent typography geeks into a tizzy.

H/T and image via Mediaite