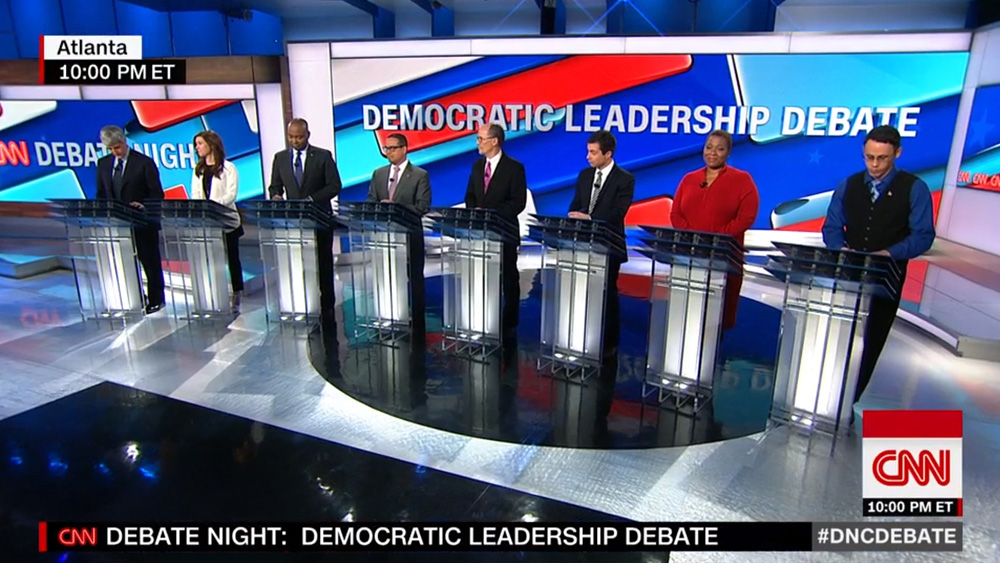 With voting set to take place this weekend in Atlanta for the head of the Democratic party, CNN convened another “Debate Night in America,” this time using Studio 7.

The candidates, along with moderators Dana Bash and Chris Cuomo, sparred in front of a live audience, which was positioned around the space.

The large LED screens, which were installed as part of an update in December 2016, served as the primary background, mimicking CNN’s presidential debate look. The lecterns also matched, with the moderators behind a clear plexiglass desk. Throughout the space, patriotic lighting was used to bring home the theme, with the various light boxes colored white. Clickspring Design crafted the original Studio 7 design, which was modified when HLN took over to add more wood tones and a startup vibe.