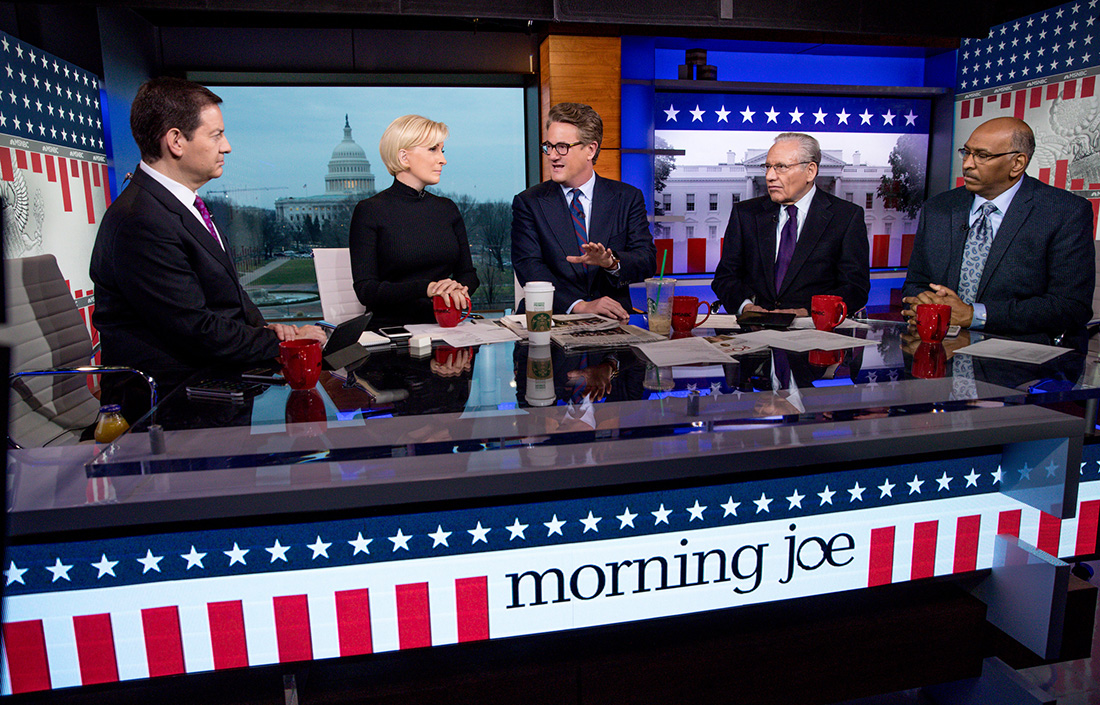 The small studio space, which was used on-air primarily in the 2000’s, has recently been redesigned by HD Studio, adding a new desk along with the latest in technology from AV Design Services. Printed graphics around the studio match MSNBC’s current presidential look, with red bars, stars and monotone imagery. The bureau’s larger studio, now the primary home of “For the Record” with Greta Van Susteren, was recently updated as well, adding brick facades and changing technology.

Fox News and C-Span also have broadcast spaces in the building, which faces the Senate side of the United States Capitol.