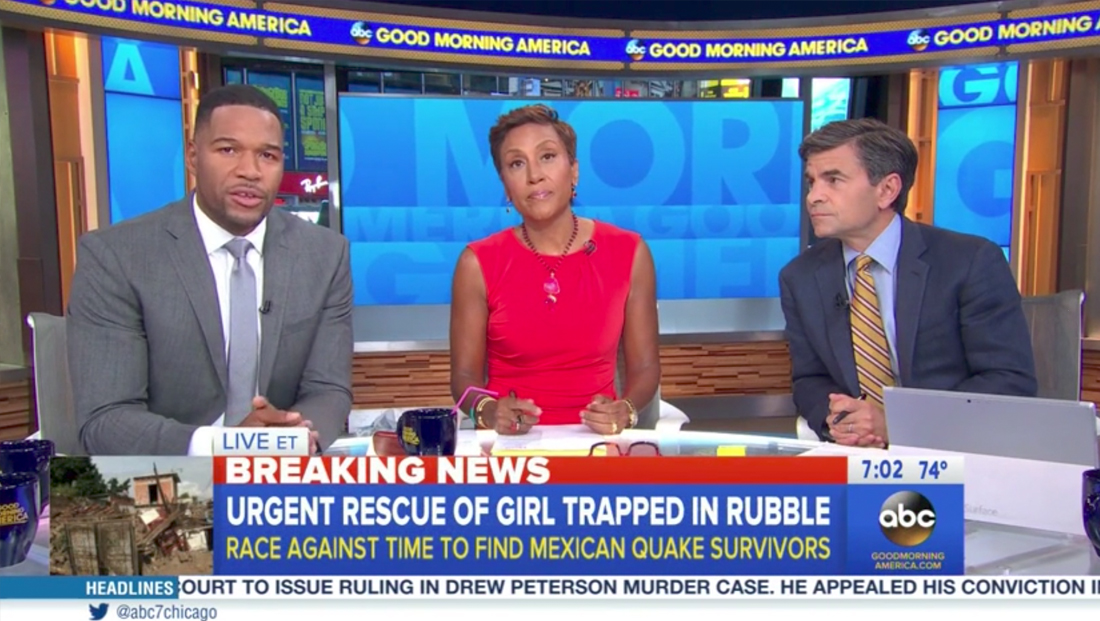 With more news coming in from Mexico and the path of Hurricane Maria, another busy news week forced morning show producers to make some key decisions on how to cover both natural disasters — and, unlike the previous evening, there were some differences in which was the “top story.”

ABC News‘ “Good Morning America” was the sole morning show to lead, at least in the eastern time zone feed, with earthquake coverage, driven mainly by a live feed of rescuing a child trapped in a school (the coverage was also aired on tape delay in the central time zone). After devoting nearly eight minutes of the A block to the rescue operation, the show switched gears to Hurricane Maria coverage, with its deep blue hurricane look being used in both lower thirds and boxes.