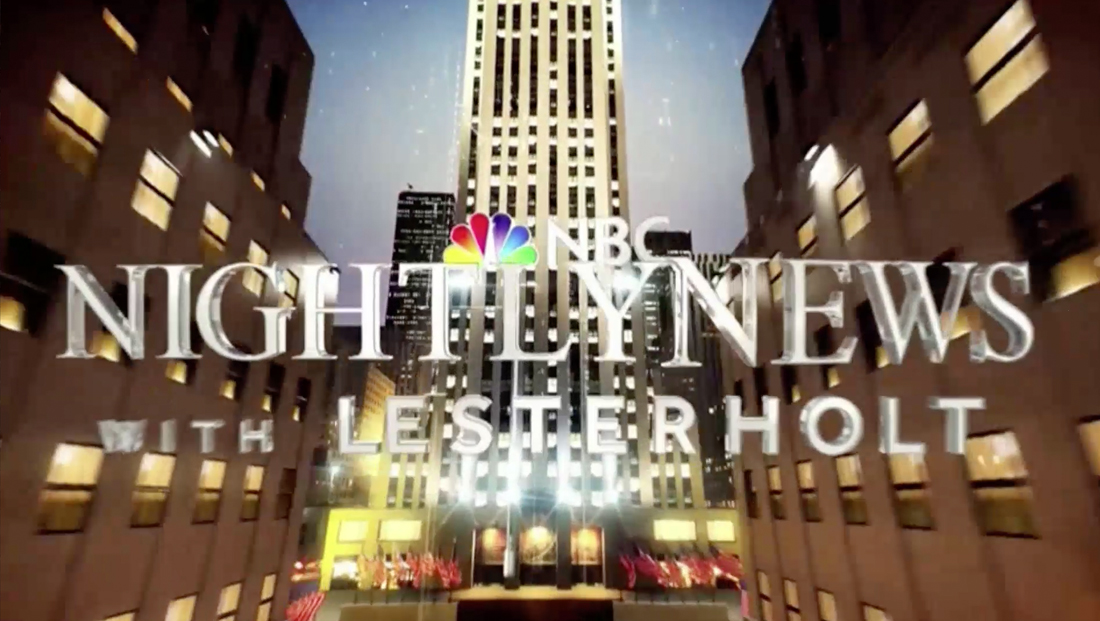 The current open animation, which first debuted Oct. 10, 2016, was shortened in October 2017 as the network made a series of tweaks that eliminated the view of the world and much of the New York City flyover.

On Monday, Feb. 19, 2018, the network added a “whooshing” sound effect that plays at the same time the broadcast’s famous signature plays and the announcer speaks.

At the same time, the network also dropped the “from NBC News World Headquarters in New York…” voiceover.

“Nightly” also switched, as it usually does, to a special open during its coverage of the 2018 Winter Olympics, but dropped it for its Feb. 15 and 16 editions as much of the broadcast was devoted to Florida School Shooting coverage while anchor Lester Holt was still anchoring from PyeongChang, South Korea.